We have good and friendly relations with Turkey 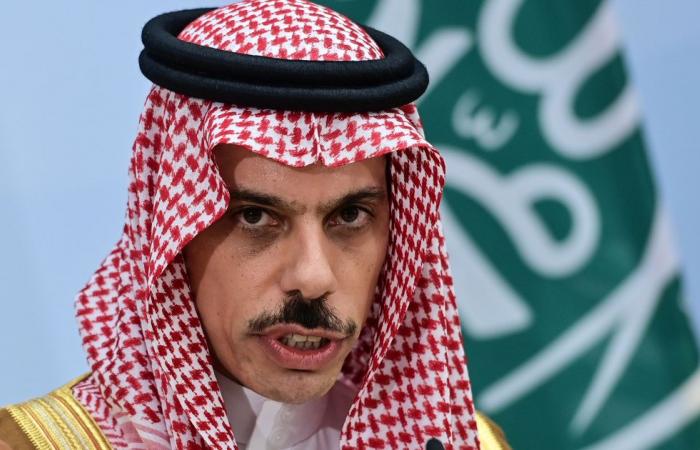 Saudi Foreign Minister Prince Faisal bin Farhan Al Saud said yesterday, Saturday, that his country has “good and wonderful” relations with Turkey, adding that Saudi Arabia, the Emirates, Egypt and Bahrain “continue to search for a way to end the dispute with Qatar.”

In a statement to Reuters, the Saudi minister added that he had not seen any numbers supporting a boycott of Turkish goods in the Kingdom of Saudi Arabia.

On Friday, King Salman bin Abdulaziz made a phone call with Turkish President Recep Tayyip Erdogan, in which they agreed to keep the channels of dialogue open to resolve differences and improve relations between the two countries.

The conversation between King Salman and President Erdogan comes in light of the tension in relations between Ankara and Riyadh for years, due to files several Concerning foreign policy, as well as the killing of Saudi journalist Jamal Khashoggi in the Saudi consulate in Istanbul in October 2018.

Some Saudi and Turkish merchants have talked over the past months of Saudi Arabia imposing an informal boycott of Turkish goods, and last month groups representing Turkish companies urged the kingdom’s authorities to improve trade relations between the two countries.

On the other hand, the Saudi foreign minister said in a hypothetical interview with Reuters on the sidelines of the G20 leaders’ summit that Saudi Arabia, along with the UAE, Egypt and Bahrain, continues to search for a way to end the dispute with Qatar, although it “still wants to address legitimate security concerns.” Recipe.

Saudi Arabia, the UAE, Egypt and Bahrain cut diplomatic and commercial relations with Qatar in June 2017, accusing Doha of supporting terrorism, which was denied by the Qatari authorities, accusing the blockading countries of seeking to interfere in their sovereign decision.

The Saudi minister stated that he is confident that the upcoming US administration of President-elect Joe Biden will pursue policies that help regional stability, and considered that any discussions with it will lead to stronger cooperation between Riyadh and Washington, stressing that he does not see any indication of a regional threat during the transitional period.

Prince Faisal indicated that Washington’s endeavor to designate the Yemeni Houthi group as a terrorist organization would be “completely appropriate.”

These were the details of the news We have good and friendly relations with Turkey for this day. We hope that we have succeeded by giving you the full details and information. To follow all our news, you can subscribe to the alerts system or to one of our different systems to provide you with all that is new.