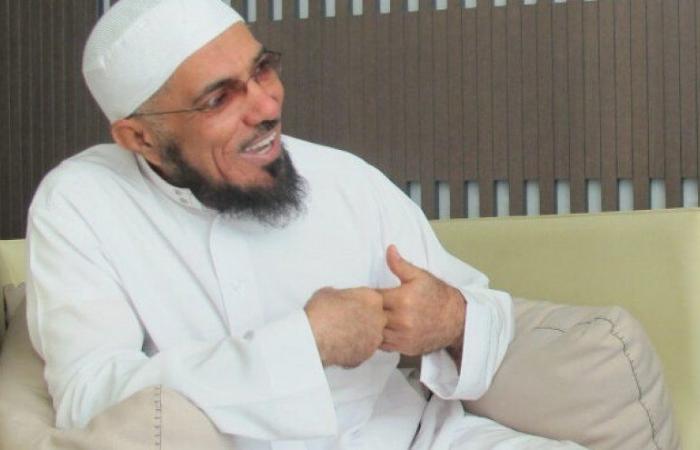 The “Prisoners of Conscience” account on Twitter stated that after 10 days (on November 16) the court will hold a new session for the preacher Al-Awda, after a session that was held last October and lasted for a few minutes.

The Al Saud authorities, as usual, did not announce any details about the trial session of al-Awda and others like him from prisoners of conscience and what is issued by it.

The “Prisoners of Conscience” explained that the Al Saud authorities have recently been keeping the detainee in Riyadh after his sitting in an isolated place for two weeks, such as quarantine, but they completely prevent him from communicating with the family.

Following the previous trial, the “Democracy Now for the Arab World” (DAWN) organization renewed its call to the Al Saud authorities to release Sheikh Salman Al-Odah, who has been in detention for three years and accused of (ridiculing government achievements), who is facing the death penalty.

The human rights organization said that Sheikh Al-Awda has been in detention for three years due to his peaceful speech and activism, and faces the death penalty after 37 charges were brought against him, including: (mocking government achievements), (receiving text messages harboring hostility to the kingdom), and (possession of a forbidden book) .

The Organization for Democracy Now for the Arab World published a detailed record of al-Awda’s trial, including a scientific background on him, and the charges brought by Attorney General Saud al-Mujib and his deputy, Muhammad bin Ibrahim al-Sabeet in the case of al-Awda and the conditions of his detention.

She explained, “The last time the preacher al-Awda was allowed to meet his family was to see him in Dhahban prison in mid-September, after four months during which he was held incommunicado.”

And she continued: “During previous visits, the 63-year-old Al-Awda stated that he was subjected to ill-treatment in Dhahban prison and in al-Ha’ir prison to which he was transferred, including sleep deprivation, periodic deprivation of medicines, physical assault, and his detention in solitary confinement for three years. From his arrest in September 2017 until this date, without justification. ”

On one occasion, when al-Awda’s hands were tied, the guards threw a plastic food bag on him without removing the handcuffs from his hands. He had to open the bag and expel the food through his mouth, which caused damage to his teeth.

And she continued: “During the transfers between Dhahban and al-Ha’ir prisons, the guards blindfolded al-Awda, handcuffed his hands, and threw him into the back of a transport vehicle without securing his seat on a seat, as he lay between the floor and the roof of the car all the way.

“The Saudi authorities have detained Salman al-Awda for three years without issuing any court ruling, because they fear his popular views calling for reasonable constitutional reforms in the kingdom,” said Sarah Lee Whitson, executive director of Democracy Now for the Arab World.

She added, “With all the hype about progress in the kingdom during the era of Mohammed bin Salman, the only change the crown prince does not want at all is for Saudi citizens to have a say in how their country is run.”

Dawn published the names of those it said were the Saudi officials responsible for the unlawful arrest, trial, and mistreatment of the preacher al-Awda, namely: Saud al-Mujib (Saudi Attorney General), Brigadier Adel al-Subhi (director of Dhahban prison), and Colonel Saad al-Sallum (director of al-Ha’ir prison) Major General Salah Al-Jatili (Director of the Legal Department in the Presidency of State Security), Abdulaziz bin Safar Al-Odayani Al-Binousi Al-Harthy (a judge at the Specialized Criminal Court in Riyadh), and Abdulaziz bin Madawi Al Jaber (judge and assistant to the President of the Specialized Criminal Court in Riyadh).

The international organization said, “The international community must hold these persons responsible for human rights violations against Salman al-Awda and take appropriate measures to punish them for their role.

“While Saudi Arabia hosts the G20 summit as a platform for international dialogue, it is only arresting people like my father for demanding that there be a voice for Saudi citizens,” said Abdullah Al-Awda, director of research for Gulf affairs at the Organization for Democracy Now for the Arab World, who is one of the sons of Salman al-Awda. That “those who care about the cause of freedom should refuse to participate in the summit.”

Abdullah Al-Odah pointed out that Attorney General Saud Al-Mujib is a major tool in the Saudi government’s crackdown on its citizens. His role may be small, but he is trying to send this innocent man Salman back to execution. He and his co-conspirators such as the Sabbatian prosecutor and Brigadier General Al-Subhi should not be able to reap the privileges of their luxurious titles while traveling in disguise outside their country.

These were the details of the news A new trial session for Saudi preacher Salman Al-Awda for this day. We hope that we have succeeded by giving you the full details and information. To follow all our news, you can subscribe to the alerts system or to one of our different systems to provide you with all that is new.