The destruction of a “march” that targeted Saudi Arabia … and... 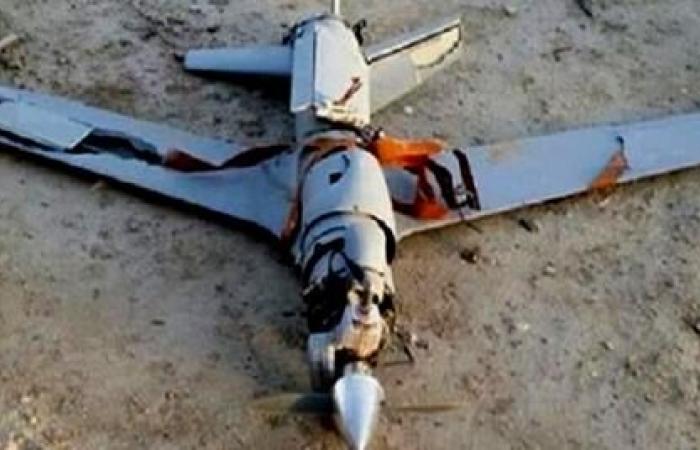 Colonel Turki Al-Maliki, spokesperson for the Coalition to Support Legitimacy Forces in Yemen, stated that the joint coalition forces were able yesterday evening: “to intercept and destroy an unmanned aircraft (booby trapped) launched by the terrorist Houthi militia in a systematic and deliberate manner, targeting civilian objects and civilians in the southern region. .

While the pro-Iranian Houthi group continues to target residential neighborhoods in Taiz, Hodeidah and Al Dhale’e, and intensifies laying mines in the seam zones, the Yemeni government and human rights organizations condemned the incident of the group’s targeting of children in Taiz with shells.

The Houthi militia targeted a residential neighborhood in Taiz (Wednesday), causing the injury of five children, one of whom died of the injury. According to what medical sources said in the besieged city for more than five years.

The Ministry of Human Rights in the Yemeni government has expressed its strong condemnation of the Houthi coup militia’s bombing of the Jamia Al-Khair neighborhood in Taiz, which led to the death and injury of many citizens. And she said in an official statement: “The bombing targeted the house of citizen Shaif Sharaf Abdullah, which led to the death of a child and the injury of three children.” Calling on international and human rights organizations and the United Nations “to assume its responsibility and condemn these violations.”

The statement added that these attacks “place everyone before their humanitarian and legal responsibilities, including looking into the catastrophic humanitarian situation of the city besieged for five years, stopping the continuous indiscriminate attacks on civilian objects, and the deliberate hunting of children and women whose freedom of movement and movement has been restricted and their lives have turned into hell.”

The government statement denounced what it described as “the state of international disregard for the city” (Taiz), calling on the international envoy to carry out his responsibilities and “make the issue of Taiz one of his priorities.” According to the Stockholm Agreement, ending the siege, stopping the attacks and disturbing the public tranquility, and stopping the state of attrition and the systematic and daily violations of the lives of civilians in the city, in which nearly 5 million people live.

The bombing – according to the Center for Human Rights – “came from the Houthi militia forces stationed on the Softail hill with artillery; An artillery shell fell on the homes of unarmed citizens, and three children were directly injured when they were returning from school.

The center stated that “bombing in this systematic way against known civilian landmarks is a war crime, and is a flagrant violation of the rules of international humanitarian law.”

In a statement distributed to the media, “the United Nations, the Office of the International Special Envoy to Yemen, the Office of the United Nations High Commissioner for Human Rights, and international and regional organizations,” called for a serious pause that criminalizes these acts, which have become a destructive approach to the city of Taiz besieged by the Houthis.

In the same context, the Yemeni Network for Rights and Freedoms condemned what it described as “the horrific crime that the Houthi coup militia committed on Wednesday morning in Taiz; It bombed residential neighborhoods in the east of the city with artillery shells intensively, which fell on houses in the Jameh Al-Khair neighborhood, wounding 5 children, two of them seriously.

The human rights network condemned “the Houthi militia’s insistence on continuing to bomb the residential neighborhoods of Taiz on an almost daily basis, since its siege in March 2015, which led to the commission of many massacres that killed and wounded hundreds of civilians, most of them children and women.”

In its statement, the network also denounced “the silence of the international community about these horrific bloody massacres, and not taking any serious positions to stop them and criminalize them. Being full-fledged war crimes ». In the words of the statement.

Earlier, Doctors Without Borders condemned the Houthi bombing, which it said had continued in Taiz. In two tweets on Twitter, it called on all armed groups to abide by international humanitarian law and “take all necessary precautions to avoid civilian casualties.”

The organization stated that the bombing hit three children under the age of ten, who were treated in the supported Al-Thawra Hospital, including a 6-year-old girl. Indicating that the number of wounded may be greater than that.

Meanwhile, medical sources reported that two children were injured yesterday (Thursday) as a result of an explosion from the remnants of the Houthi group in Al-Waziya district, west of Taiz governorate, specifically in Wadi Al-Muqam, in the isolation of Al-Mashaoula.

And the explosion of the projectile caused – according to the sources – the fingers of the two children were amputated and wounded, thus continuing the suffering of the residents in the liberated areas from the effects of the Houthi mines planted.

These were the details of the news The destruction of a “march” that targeted Saudi Arabia … and... for this day. We hope that we have succeeded by giving you the full details and information. To follow all our news, you can subscribe to the alerts system or to one of our different systems to provide you with all that is new.