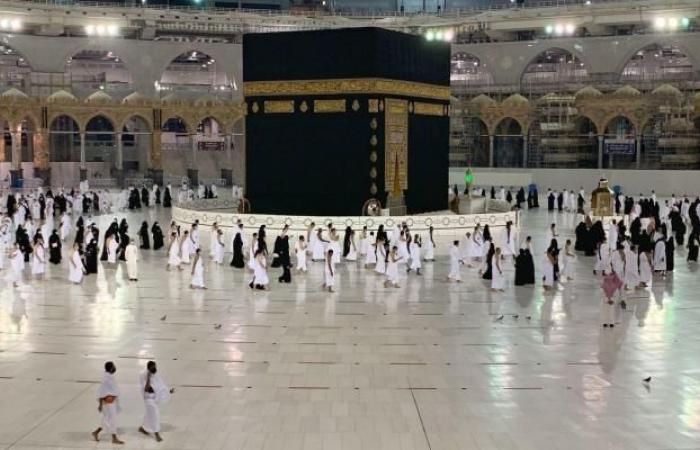 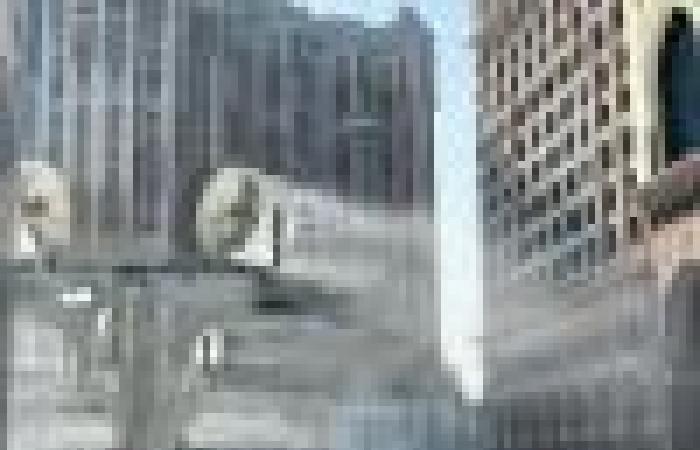 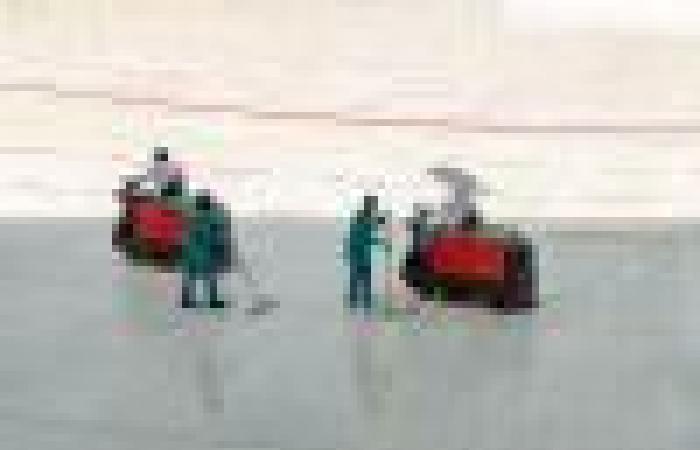 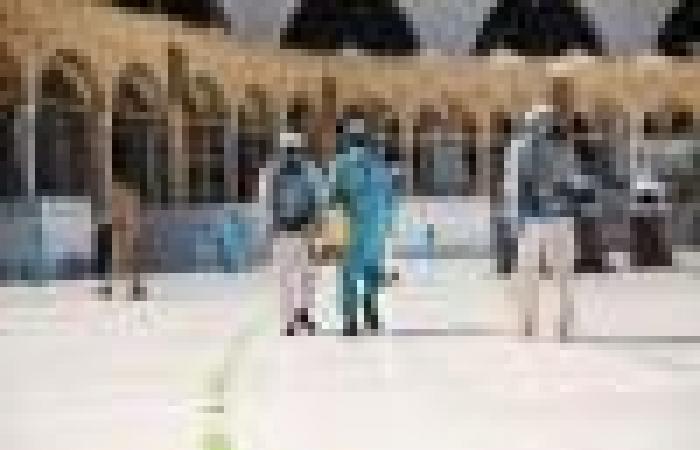 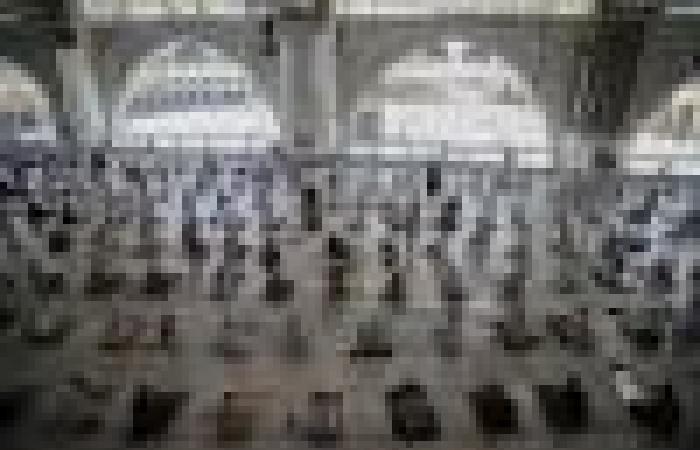 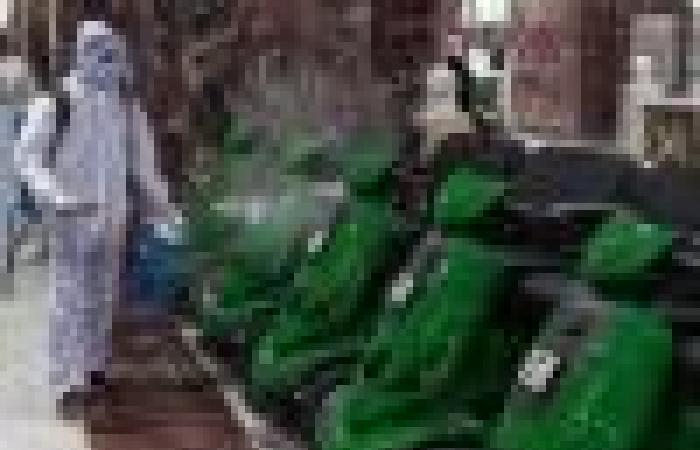 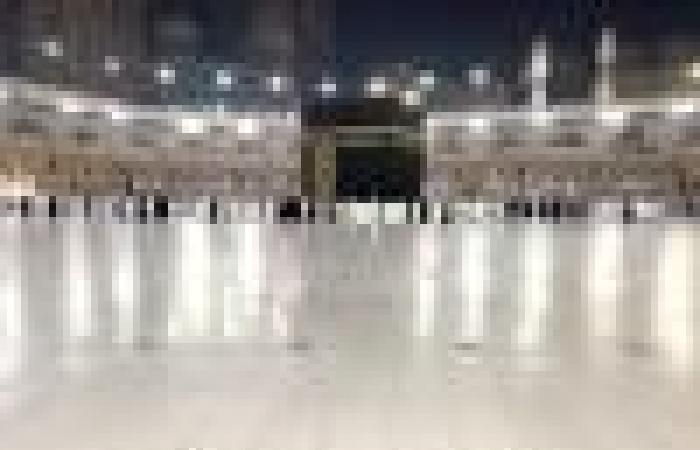 Within the strictest health standards and protocols for the safety of the pilgrims, the third phase of Umrah for those coming from outside Saudi Arabia will start on Sunday.

The Presidency of the Affairs of the Grand Mosque and the Prophet’s Mosque announced its readiness to start the third phase of Umrah.

During this stage, it will be possible to perform Umrah and prayer in the Two Holy Mosques, for those coming from abroad in addition to the citizens, after raising the capacity to 20 thousand daily pilgrims and 60 thousand worshipers.

The official spokesman for the General Presidency for the Affairs of the Grand Mosque and the Prophet’s Mosque, Hani Haider, stated that the presidency has completed its preparations for the launch of the third phase of the return of pilgrims and worshipers, with a package of intensive preventive measures, coinciding with the expected increase in numbers.

He said, “Starting from Sunday, the General Presidency at the Grand Mosque will receive 20 thousand pilgrims, and 60 thousand worshipers per day, and its employees work in cooperation with the concerned authorities to facilitate procedures and apply precautions for the safety, security and comfort of the guests of Rahman.”

He stressed that the General Presidency has equipped 600 electric vehicles and 5,000 wheelbarrows, supervised by 120 employees, especially for pilgrims, and they are continuously sterilized, before and after use, with sterilization stickers placed to confirm that the vehicles are sterile and ready for use again.

The Presidency assigned 33 field teams working around the clock to sterilize all sides of the Grand Mosque and its external squares and toilets, using more than 2,500 liters of environmentally friendly sterilizers for the safety of those visiting the Grand Mosque, and there are more than 300 modern automatic hand sterilization devices, which were distributed in the sides of a house God is forbidden.

The first trips coming from abroad

King Abdulaziz International Airport in Jeddah receives, on Sunday evening, the first flights coming from outside Saudi Arabia to perform Umrah, after the approval was issued to allow the performance of Umrah and the visit gradually, while taking measures and health “protocols” concerned with preventing the spread of the new Corona virus.

This comes after the General Authority for Civil Aviation completed its preparations to receive the pilgrims coming to the Kingdom by air to perform the rituals of Umrah and visit, as it has been preparing an integrated operational plan, concerned with this matter, with attention to providing the finest services necessary for them in the various airport facilities, in a manner that guarantees their comfort and health .

In this context, the authority has worked to provide various facilities and services that the guests of Rahman need, in coordination with the relevant government and private agencies operating at the airport, in implementation of the directives of the government of the Custodian of the Two Holy Mosques King Salman bin Abdulaziz Al Saud, and his Crown Prince Prince Muhammad bin Salman, the judge to provide maximum The degrees of comfort and protection for the pilgrims, amid great keenness to apply preventive measures and health “protocols” for this stage, and to provide everything that would enable them to perform their rituals with ease and reverence.

The authority provided the medical equipment, supplies and kits designed to examine travelers coming to the Kingdom, as well as arrangements to ensure that they are free from infection with the emerging corona virus, based on a recent analysis by reliable and accredited bodies in the countries from which the pilgrims come, so that the time for their examination does not exceed 72 hours from the moment they arrived at the airport And a commitment to gradual disembarkation of passengers from the plane.

Only 50% of the operating capacity of the embarkation bridge will be used, with a commitment to wearing masks, providing sterilization devices at the first entry point to the airport terminal and throughout the airport, obligating passengers to sterilize through the available devices, and providing areas for health isolation, in addition to applying physical distancing through Informative posters that show where each passenger will be parked in all waiting areas and paths in the airport terminal, and in the baggage claim area, everyone is obligated to stand on the informative posters in the waiting area and in the gathering areas.

These were the details of the news The start of the third phase of Umrah .. Saudi Arabia... for this day. We hope that we have succeeded by giving you the full details and information. To follow all our news, you can subscribe to the alerts system or to one of our different systems to provide you with all that is new.