Saudi Arabia is circumventing, with flexibility, attempts to embarrass it with... 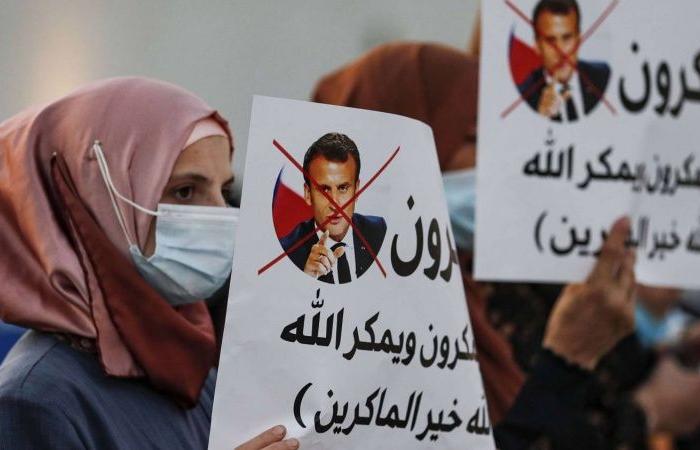 Riyadh – The Kingdom of Saudi Arabia was quickly able to encircle an attempt to embarrass it, led by Turkey and in which many Islamic currents active in several Arab countries were involved, using the religious sentiments that were motivated by the issue of publishing offensive images of the Prophet Muhammad and some official French positions on that issue.

One of the goals of the uproar that was mainly raised by the Turkish and Qatari media and fueled by the statements of Turkish President Recep Tayyip Erdogan against French President Emmanuel Macron, which quickly gradually turned into calls for a commercial boycott of France, was the placement of Saudi Arabia between two difficult options. Either it will forcibly join the battle that Riyadh knows well as a personal battle for Erdogan, or it incurs the charge of “laxity” in championing Islam and its sanctities, which is a particularly painful accusation for Saudi Arabia, the leader of the Islamic world, whose land was the birthplace of Islam and the starting point of the Muhammadan call, and is still home to the holiest spot for Muslims.

Saudi Arabia preferred to deal with calmness and flexibility despite the state of militancy against France and despite the success of the media bombardment focused on President Macron, in creating an Islamic public opinion mobilized against him.

On Tuesday, Saudi Arabia denounced the cartoons insulting to the Prophet Muhammad, but refrained from repeating calls by other Islamic countries to take measures against the publication of the cartoons in France.

In a statement, a Saudi Foreign Ministry official said that the Kingdom “condemns every terrorist act, whatever it is committed,” referring to the beheading of a teacher in Paris who showed his students drawings in a lesson on freedom of expression, according to the French version of the incident.

The statement, which was reported by the official Saudi media, stated that the Kingdom “condemns every terrorist act, whatever its perpetrator, and calls for intellectual and cultural freedom to be a beacon that radiates respect, tolerance and peace, and rejects all practices and actions that generate hatred, violence and extremism and violate the values ​​of coexistence and mutual respect among the peoples of the world. “.

In a position close to the Saudi position on the issue of insulting the Prophet, Muhammad Al-Issa, Secretary-General of the Muslim World League, warned that overreacting “is a negative matter that goes beyond what is acceptable and will only benefit those who incite hatred.”

“Freedoms should not be a bridge for conflict and a clash between civilizations,” he said in statements quoted by the Saudi Arabian newspaper, “Arab News”, noting that “the European Court of Human Rights has ruled that the insult of our Prophet Muhammad is not covered by freedom of expression.”

The cartoons insulting to the Messenger of Islam were first published years ago in “Charlie Hebdo” magazine, whose office was subjected to an armed attack in 2015, killing 12 people. Since the teacher was beheaded this month, the cartoons have been repeatedly published in France in solidarity with him, sparking anger among Muslims.

The Turkish president called for a boycott of French goods, while the Pakistani parliament is working to take a decision demanding the government to withdraw its envoy from Paris.

In Saudi Arabia, there were unofficial calls to boycott the French Carrefour chain on social media, but the stores visited by Reuters in Riyadh seemed crowded as usual. A representative of the company in France said it had not felt the boycott calls.

As for Kuwait, where Islamists are influential in society and sometimes in state policies, calls for a boycott of French goods were strong and effective on the ground.

These calls are led by the Union of Consumer Cooperative Societies, which has legal authority over consumers and the ability to influence the distribution of basic materials, which explains the great response to its call.

The Kuwaiti government, which has been greatly weakened by the severe economic and financial crisis resulting from the decline in oil prices and the Corona pandemic, was unable to delay engaging, albeit cautiously, in the battle against Paris, as the Ministry of Foreign Affairs issued a statement warning “against supporting and continuing abuses for all monotheistic religions. Or the messengers, peace be upon them, by some official political speeches that ignite the spirit of hatred, hostility and violence and undermine the efforts made by the international community to stem them and spread a culture of tolerance and peace among the peoples of the world.

On the other hand, the government of Kuwait refrained from commenting on the calls for a commercial boycott of France, which indicates that it does not adopt these calls, although it avoids expressing its rejection explicitly for fear of falling under pressure from Islamists who work in the form of political and even financial and economic lobbies.

Followers of the Gulf affairs said that the exceptional extent that the calls have taken to boycott French products in Kuwait was not automatic, and that there is a plan to show Kuwait a center for a boycott bearing the title of defending Islam and the Messenger, and that aims mainly to embarrass Saudi Arabia and show that its boycott of Turkish goods and products is unjustified at a time when In it, Turkish President Recep Tayyip Erdogan works to show himself as a protector and defender of Islam.

These were the details of the news Saudi Arabia is circumventing, with flexibility, attempts to embarrass it with... for this day. We hope that we have succeeded by giving you the full details and information. To follow all our news, you can subscribe to the alerts system or to one of our different systems to provide you with all that is new.