Did Picasso really live in Saudi Arabia? Jordan screens between... 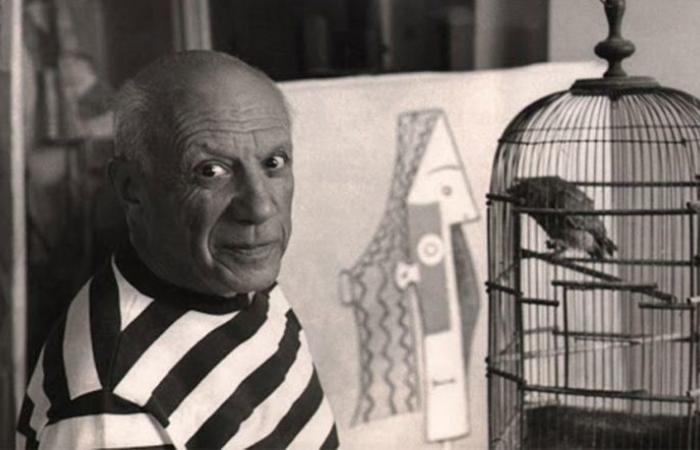 I swear to God. “Al-Arabiya Al-Leila” program said it directly and in every “artistic and professional sanctuary”, without the broadcaster’s eyelid twitching: “What if Picasso lived in Saudi Arabia?”
A phrase placed in bold type on the “Al Arabiya” screen, and in detail an exhibition of Saudi abstract art that links authenticity with contemporary, and has a relationship with knowledge economies and the summit of economic intelligence.
We know nothing about art and painting except that Picasso is a great international artist.
I have never heard of a single Saudi plastic artist from the Picasso school. This is not, of course, a diminution of the talents in the brotherly kingdom, but the phrase was shocking, and it could be “more alive” and very logical and inspired by Vision 2030, if it were in the following title “How the Saudi artist learns from Picasso” instead of the strange hypothetical question.

Once again, we really and truly admire the Saudi artistic and cultural openness, and we assume that what is lacking only is the fulfillment of two conditions. The first is that it is accompanied by a media openness, my freedoms and politics, away from the “saw-hole dialogue.”
The second is for the funded Saudi media to show a measure of “humility.” We saw a poster for tourism promotion talking about “Saudi Petra” and another about “the kingdom’s pyramids.”
This is an “ambush” for the brothers set by the hypocrites, and it is sometimes ridiculous, and a cultural future cannot be built in this miserable way.
Saudi Arabia is rich and contains cultural, artistic and heritage monuments, and you do not need to borrow Picasso or impersonate Petra.
What we felt in brief with “Arab Night” is the recollection of the saying, which indicates that Saudi Arabia does not need enemies and opponents with “informing a friend” of this kind!
At the same time – and excuse me for my ignorance – I don’t know what is the relationship between artificial intelligence and Picasso?
As for when it comes to inviting the “dreamers” of the world to Riyadh, we just saw on the “Al Jazeera” screen the embrace between the Yemeni prisoners.
On the screen of “piety”, we saw a Yemeni child, “Storm Al-Hazm” planes bombed his school and his home together, “dreaming” of an ounce of rice, a cure for anemia and cholera, or a chocolate pill sympathetic to his childhood.

To the Jordanians: Excuse me a rose

The corridor that leads to the municipality of the capital, Amman, is full of roses and flowers.
Colleagues at the local satellite station, Ruya, can cut a flower and then pull it out with a piece of paper, with a question similar to “He loves me … he doesn’t love me”, which is: “No ban, no ban,” or “Friday or Saturday” ?!
Corona and the ban in the local case are bilateral, which have become closer to the “Ramadan Hazura.” The Epidemic Committee announces and denies the Ministry of Information. The Ministry of Health announces the Minister of Endowments. The election commission announces and denies the logistics committee. and so on!
On the “Roya” screen, we watched the skilled doctor, Wael Hayajneh, speaking as he was in charge of the virus file.
The announcer again asks a doctor about “political decisions,” and the guest finds nothing but a frightening phrase. “This is a sovereignty issue.”
Everything that no official wants to say or fails to explain brings back to that “the sovereign bogeyman” even though the “sovereign” is mostly innocent of everything they claim.
So far, frankly, and despite the formation of several epidemiological committees in a move we congratulate, of course, we feel that the people are confused and “not anchored in righteousness” in the health sector.
Generally speaking, the poor citizen has an orphan solution: “Pick a rose, then pluck a piece of paper and speculate, then take a shower and sleep.”

What happened with the Jordanian “Melody” radio station regarding cutting off communication from the freed captive Ahlam Al-Tamimi, has already happened with others, and it does not require more excitement and noise.
The investor, who managed the station and screen of “Jordan Today” before disappearing from the “observers’ radar”, had previously complained – not only about “the watchdog and the vassal” – but about the insistence of the watchdog, who is on the occasion a “professional – police case” and not a specific person – to sit With his phone calls in the control room.
I mean, one of the characteristics of the “Jordanian Watchman” is that it transforms like a “Pokemon”, as it does not sometimes stop at the limits of issuing instructions and put up lists and black lists with the names of guests on the talks. Rather, he wants his words and estimates to be present on the air, and in the ear of the camera, the sound engineer, the preparer and the producer. He is the only watchdog in today’s world, who suddenly turns into a “director, preparer, editor and investor as well”!
Only our regular watcher is reluctant to interfere in the make-up rooms of the local satellite TV.
Do you want more excitement? Well, here is the following: the local censor is greedy, witty, and diligent, and almost swears that his interventions are not “institutional” in many cases and imposes his personal fingerprints and believes that he is “the father of media and the father of television” and that free media is a recipe for civil war, which are thoughts that have nothing to do with the deep state or the institution or In the homeland, as much as it is “permissible diligence and no one can discuss it.” The reason is simple in return, which is that the “self-censorship”, originally among young TVs, is “100 percent employed” and sometimes donates.
But our watcher “does not sleep” and from the group “Sabaa Sanayeh, but fortune is lost”!
Despite this, and in the end, an Egyptian colleague asked me: Is it true that Al-Jazeera has reduced harassment in Saudi Arabia? I said: I do not know, but “reconciliation is always good.”

Director of the “Al-Quds Al-Arabi” office in Amman

These were the details of the news Did Picasso really live in Saudi Arabia? Jordan screens between... for this day. We hope that we have succeeded by giving you the full details and information. To follow all our news, you can subscribe to the alerts system or to one of our different systems to provide you with all that is new.