Our drones bombed two airports and a military base in Saudi... 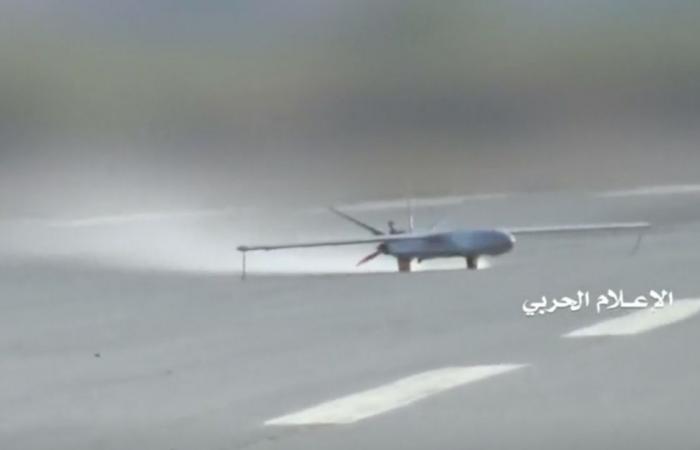 The Houthi group announced this evening, Saturday, the targeting of Jizan and Abha airports and the Khamis Mushait base in southern Saudi Arabia, while the Saudi-Emirati coalition said that it had intercepted an explosive Houthi march.

In a brief statement, the group’s military spokesman, Yahya Saree, said that the group’s air force launched 3 attacks with 3 “Qasef 2k” drones, targeting Jizan and Abha airports and the Khamis Mushait base in southern Saudi Arabia.

He added that these attacks come in response to “the crimes of aggression and its continued siege on the Yemeni people,” without elaborating on other details.

Later, the spokesman for the Saudi-Emirati coalition, Colonel Turki Al-Maliki, said that the coalition forces were able, on Saturday evening, to intercept and destroy an explosive UAV.

He added that the plane was launched by the Houthi militia in a systematic and deliberate manner to target civilian objects and civilians in the southern Saudi region, according to the official Saudi Press Agency.

This comes the day after the coalition announced – in two successive statements – the destruction of two Houthi drones that targeted residential neighborhoods in southern Saudi Arabia.

The Houthis frequently fire ballistic missiles, missiles, and drones at Saudi areas, some of which have caused human and material losses.

The group says that these attacks come in response to the ongoing coalition raids against it in separate areas of Yemen.

Since March 2015, a Saudi-led military coalition has supported forces loyal to the Yemeni government against the Iranian-backed Houthis, who control several Yemeni governorates, including the capital, Sanaa.

These were the details of the news Our drones bombed two airports and a military base in Saudi... for this day. We hope that we have succeeded by giving you the full details and information. To follow all our news, you can subscribe to the alerts system or to one of our different systems to provide you with all that is new.