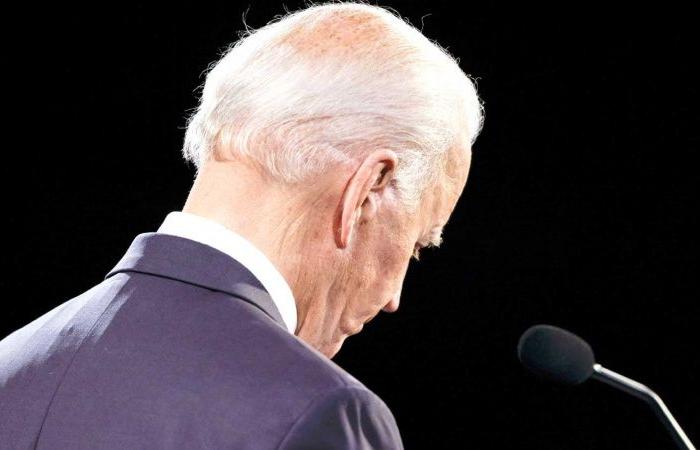 The next US president, Joe Biden, is likely to take hostile stances toward Saudi Arabia. So what are Riyadh’s options?

There are two different types of potential stresses. First, it can be tolerated and absorbed. And the second, he pays estrangement.

Within the limits of the first pressure, criticisms related to human rights, the assassination of Jamal Khashoggi and the war in Yemen, will not constitute an obstacle to the survival of the strategic alliance between the two parties, but also to its development. The Kingdom will be required to make some concessions, to show good intentions, and to push for partnership support in various aspects of cooperation, including in the areas of combating terrorism and extremism, and economic partnership.

What cannot be forgotten is that trade exchange between Saudi Arabia and the UAE, which are one economic and political power, and between the United States, exceeds $ 65 billion annually, of which about $ 38 billion is imported annually, while the two countries export $ 27 billion to the United States.

Until 2018, the volume of Saudi investments in the United States reached 506 billion dollars, most of them in treasury bonds and other securities, in addition to billions of dollars of investments in various American companies.

This force alone is sufficient to be a shield that protects the strategic relations between the two countries. It is also a deterrent shield. It is sufficient for Saudi Arabia to withdraw these funds to invest in other places in the world, and the United States realizes the extent of the damage caused by the lack of confidence in the American economy.

Hostility to Saudi Arabia will mean hostility to the rest of the Gulf countries, which collectively invest in the United States what China itself does not invest, despite it being the second largest economic power in the world.

If interests are the language of understanding, then here lies the interests.

President Biden can criticize him, but his folly will not lead him to adopt hostile policies. The price will be heavy, not only for the US economy, which is riddled with crises, but also for the US’s standing as an international superpower.

The other Saudi cards are also strong. Including its balanced relations with the rest of the great powers. And its regional political influence and its place in the G20.

In fact, it is Saudi Arabia that can take firm stances towards any wrongful strategic behavior on the part of the Biden administration. And if he decides to follow President Barack Obama’s approach, it is as if he does not see the catastrophic consequences that the region has ended due to Iran’s crimes, its interference, and the actions of its terrorist militia. Saudi Arabia will not help him to see. It is good for her to keep him from his blindness, and to make him bear alone the consequences.

Within the limits of the second pressure, the resurrection should be based on that behavior that may be lax in the face of Iranian threats.

In the event that the United States returns to the nuclear agreement with Iran without providing guarantees to stop Iran’s aggressive policies towards the countries of the region, without stopping the export policies of mercenaries and sectarian militias, and without stopping the sectarian project itself, let alone developing missiles and raising levels of uranium enrichment, Saudi Arabia is That should turn against the United States:

Frankly, President Biden must understand, with the utmost clarity, that while the allies can disagree without piercing the boat, and while they can make political settlements that suit their common interests, only once he removes the pressure on Iran, and as soon as he prepares to extend life to its terrorist regime, It is better for Saudi Arabia and the rest of the Gulf countries, to go and sit in the bosom of the Wali al-Faqih, without deception or half-solutions.

Saudi Arabia is not unable to defend itself in the face of Iranian threats. It does not need costly and hypocritical American support.

The loss of Saudi support for the United States is the most important loss.

Whether Biden understood the reality of the popular position in all countries of the region towards the Iranian regime of barbarism, including the position of the Iranian people themselves, or did not understand, this is his problem, and not ours.

The peoples and countries of the entire region know that this regime has committed, and will continue to commit crimes and barbaric acts with every dollar that goes into its pocket. And it must reach its natural end.

And when the folly in the United States finds itself standing on the wrong political, strategic and moral bank, it will only blame itself.

A firm Saudi stance that puts everything on the table and threatens to upset it, is the only answer that can be provided to President Biden’s administration, if he chooses to be lenient with that system.

Let him go to sit on his lap, and make sure of what he wants to gain. But without turning that into a strategic burden that falls on the shoulders of the peoples and countries of the region.

We will say to him: Congratulations on your marriage. We will send the gift.

The exit of the American forces from the Gulf, as well as from other countries in the region, will be a legitimate demand, a duty, and a necessary turn in response to a reckless turn that threatens to destabilize the region.

In fact, it is quite beneficial to turn this into a popular demand, at least in order to create a whirlwind louder than the whirlwind of a possible marriage between barbarism and folly.

These were the details of the news Pressures and Options: Saudi Arabia faces Biden and Khamenei’s rapprochement |... for this day. We hope that we have succeeded by giving you the full details and information. To follow all our news, you can subscribe to the alerts system or to one of our different systems to provide you with all that is new.