“Women under the Presidency of the G20” … Saudi Entrepreneurship –... 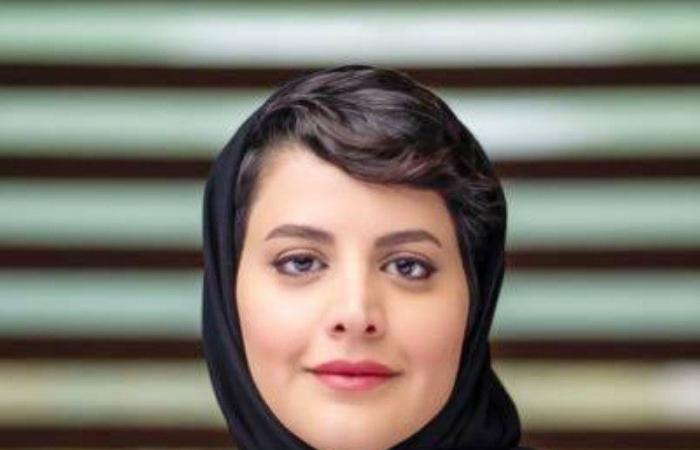 The permanent representative of the Kingdom of Saudi Arabia to UNESCO, Princess Haifa Al-Muqrin, confirmed that 39% of women contribute to the development of the Kingdom, and that government agencies publish internal rules, regulations and decisions on their websites and review many regulations related to freedom of opinion and expression in line with international human rights standards.Al-Muqrin stated that women’s independence in various fields opens the horizon for women assuming a decisive role in leading important positions and responsibilities, and perhaps the individuals of Riyadh, the capital of women for the year 2020, provide an important picture of the specific endeavors and efforts made by the Kingdom of Saudi Arabia to achieve them in light of Vision 2030.

While Princess Al-Muqrin touched on the reforms that have been made in favor of human rights and equality between women and men in the Kingdom of Saudi Arabia since January 2015, during a hypothetical conference on “Women Under the Presidency of the Group of Twenty” in the French capital, Paris, yesterday (Monday).

She also confirmed that the “King Abdulaziz Center for National Dialogue” provides an environment conducive to discussing many problems and issues of concern to citizens, as it is independent in choosing topics and practices.

On her part, Chair of the Working Group on Empowerment of Women in the Group of Twenty, Secretary General of the Saudi Family Affairs Council, Dr. Hala Al-Tuwaijri, indicated that the reforms that have taken place at the level of the Kingdom of Saudi Arabia are promising and are considered among the best countries according to the recent World Bank report, and this falls within the framework of reforms Which the Kingdom has been involved in, whether with regard to civil laws or reforms at the level of assuming important positions and leaders, including the creation of institutions by women that contribute to creating equality and new opportunities for empowering women.

As for women’s rights and gender equality, she confirmed that during the year 2019 a number of regulations and procedures were issued by the Saudi authorities with the aim of promoting women’s rights in various fields. And amending some laws, such as amending the system of travel documents and allowing her to obtain a passport and travel abroad on an equal footing with men.

The experience of the Kingdom of Saudi Arabia, which was praised by the participants in this conference, which was printed by the strategies that were at the heart of the G20, came to confirm the Kingdom’s keenness to continue to empower women and achieve economic and social reforms with the participation of all groups of society, including women, as they are the basic element in society. The reform of social systems laws was an important step to ensure equality of retirement age (60 years) between men and women. In addition to adopting anti-harassment regulations, applying penalties to perpetrators and protecting the victim, in order to preserve the individual’s privacy, dignity and personal freedom as stipulated in Islamic laws and regulations. As for the member of the French Parliament and Vice President of the French-Saudi Friendship Group, Amelia Lacraffy, she emphasized in her intervention on professional equality, which she considered part of the struggle for a better social life in cooperation between men and women. On the other hand, a member of the Shura Council, Dr. Hoda Al-Helisi, confirmed the giant steps taken by the Kingdom under the auspices of the Custodian of the Two Holy Mosques King Salman bin Abdulaziz and Crown Prince Mohammed bin Salman, stressing that the reforms came to respond to the demands of society and the citizen and the stage required for the progress of the country, which has come an important way and is fighting The world’s great powers. Noting that 5.5 million Saudi women over the age of twenty are already benefiting from the reforms implemented by the Kingdom in order to empower women and their independence.

The Shura member also emphasized the educational aspect, which introduced important reforms, as well as community development and promotion. Note that reforms cannot be said to have found their way easily, but they are a reality and a reality that the Saudis live in.

The member of the Shura also touched on many initiatives to empower women economically in all regions of the Kingdom, in particular the “Qurrah” program to support childcare services for working women, as well as the “access” program to support the transfer of working women and the “support for self-employment” program that expands the possibilities of increasing women’s income according to Her skills.

In addition to the “part-time work” and “remote work” program to empower women who take care of family members to balance between work time and time spent with the family, especially in rural areas and remotely, 41% of workers in Saudi ministries are women, and many They are in key positions.

These were the details of the news “Women under the Presidency of the G20” … Saudi Entrepreneurship –... for this day. We hope that we have succeeded by giving you the full details and information. To follow all our news, you can subscribe to the alerts system or to one of our different systems to provide you with all that is new.