The most expensive in Saudi Arabia .. Why does Al-Ittihad carry... 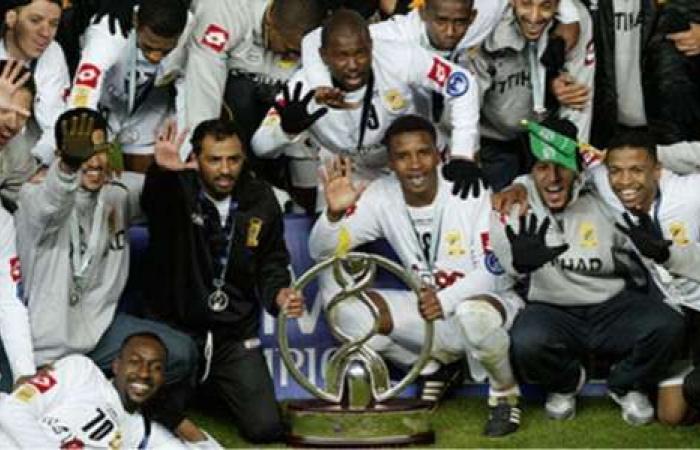 Al-Ittihad is clearly suffering in recent seasons, which is what the fans of the captain, who has an honorable history in local, Asian and international stadiums, have not become accustomed to, after the many achievements they have achieved.

The start of the new season of the Saudi League was not up to the aspirations and hopes, as Al-Ameed lost yesterday evening to Al-Ettifaq at his stadium in Jeddah, with two goals to one.

And whoever follows the federation from time to time realizes that there are strange things happening, and suspicious events made by contradictions and highlighted by paradoxes, within the walls of the club.

Who among us does not know that Al-Ittihad is the one who holds the title “Al-Watan Club,” which can be described as the most expensive title among all Saudi clubs.

And how could it not be the most expensive title when it came from a man dear to all the hearts and minds of the Saudi people completely.

When some ask about the reason for naming Al-Ittihad Club Al-Watan, you will find that the answer is definitely proud, because it is linked to the team’s achievement of an unforgettable continental title.

The story goes back to the year 2005 when the team won the AFC Champions League title at the expense of the sister of Al Ain, the UAE, to preserve the title for the second year in a row.

At that time, the Custodian of the Two Holy Mosques Abdullah bin Abdulaziz “may God have mercy on him” received the team, and offered congratulations to the players personally, in order to nominate them at the time at the homeland club, due to their success in continuing continental supremacy and qualifying for the Club World Cup and honoring the homeland.

From then on, Al-Ameed fans adopted the title of Al-Watan club on the team, so they decided that it would be the official song of the team

Oh my country and the union .. this dean

These were the details of the news The most expensive in Saudi Arabia .. Why does Al-Ittihad carry... for this day. We hope that we have succeeded by giving you the full details and information. To follow all our news, you can subscribe to the alerts system or to one of our different systems to provide you with all that is new.