The leaders of Saudi Arabia, the Emirates and Bahrain receive the... 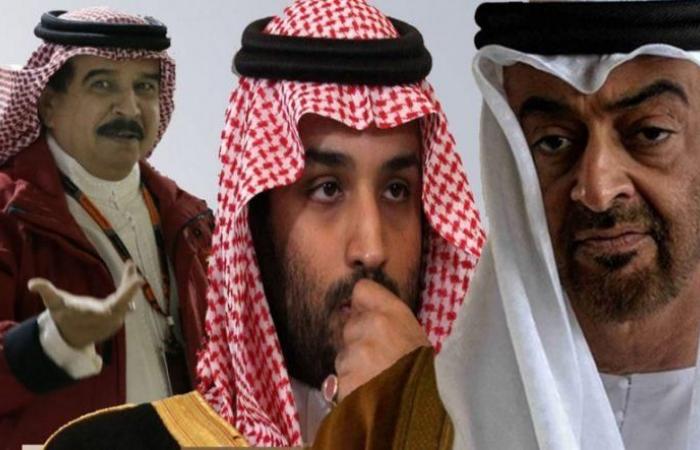 It is unclear whether the authorities in Oman and Morocco were aware of the award.

The head of the Zionist Organization claimed that “all these presidents and kings will transfer their embassies to occupied Jerusalem,” and he also claimed that “all Muslim leaders will make peace with Israel at the appropriate time.”
Evans’ announcement of these awards came during the so-called fourth annual Israeli government summit for Christian media, an event that is organized annually but, for the first time, was broadcast to viewers around the world.
The summit was attended by the Prime Minister of the Israeli Occupation Entity, Benjamin Netanyahu, the President of the Entity, Reuven Rivlin, and the US Ambassador to the Israeli Occupation Entity, David Friedman, a Zionist Jew known for his full loyalty to Israel.
Evans spoke of a visit to a delegation that met with bin Salman and said: “There is no doubt in my mind that Saudi Crown Prince Bin Salman is the one who is leading the“ amazing ”peace processes in the Gulf region, affirming that the Saudi Crown Prince told them that the Palestinians can solve their problems through imitation Israel, and I also tell them that teaching children to hate against Jews must stop, and that the world has zero tolerance for the use of “terrorism” to achieve political goals.
The leader of the Zionist Organization, which is seeking in the end to establish the “Greater State of Israel” project, which includes the eastern parts of Saudi Arabia, praised the Crown Prince of the Kingdom and said that he is the brightest and most forward-looking leaders of thinking.
The Zionist Organization website stated that the award is given to world leaders “who stood by the state of Israel and the Jewish people.” Among those who received the award in previous years were US President Donald Trump, former US President George W. Bush, Prince Albert II of Monaco, President of Georgia Salome Zurarishvili and US Secretary of State. Mike Pompeo.

These were the details of the news The leaders of Saudi Arabia, the Emirates and Bahrain receive the... for this day. We hope that we have succeeded by giving you the full details and information. To follow all our news, you can subscribe to the alerts system or to one of our different systems to provide you with all that is new.