Saudi shares closed higher, with a turnover of 9.2 billion riyals 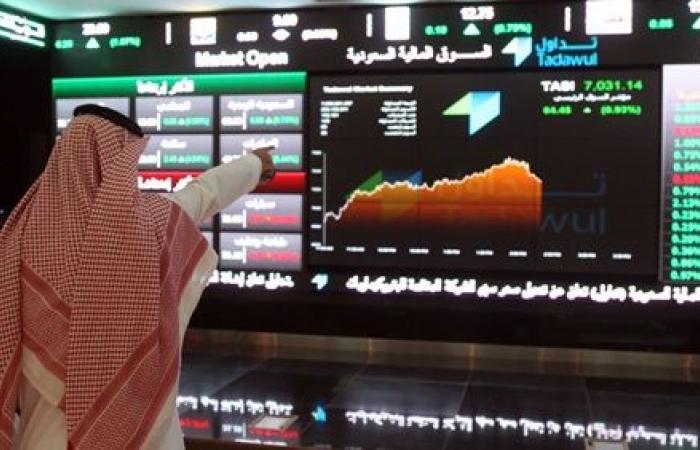 The number of shares traded reached more than 400 million shares, shared by more than 385,000 deals, in which the shares of 120 companies recorded an increase in their value, while the shares of 65 companies closed lower.

The shares of Al-Jazira REIT, REIT Education, Arabian Sea, Al-Kathiri and Chemical companies were the highest gainers, while the shares of Zain Saudi Arabia, Kimanol, Saptco, Saudi Ceramics and Pottery were the lowest in trading, as the rates of increase and decrease ranged between 9.75% and 4.87%. .

These were the details of the news Saudi shares closed higher, with a turnover of 9.2 billion riyals for this day. We hope that we have succeeded by giving you the full details and information. To follow all our news, you can subscribe to the alerts system or to one of our different systems to provide you with all that is new.