After 7 months of closure, Saudi Arabia allows prayers at the... 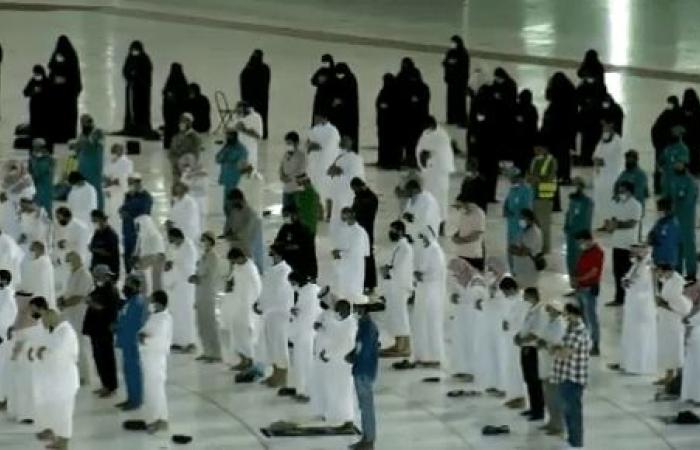 The boycott of Turkish goods found wide acceptance in Saudi Arabia a few days after its launch, and it even found an echo in other countries at odds with Ankara, such as Armenia and Greece.

Saudi activists have launched a campaign to boycott Turkish goods over the past days, which threatens economic losses on the Turkish side, as the Saudi market is considered one of the most important commercial outlets for Turkish goods.

However, despite widespread popular calls in Saudi Arabia to boycott Turkish products, the rest of the Arab Quartet countries, consisting of Saudi Arabia, the Emirates, Bahrain and Egypt, have not witnessed the same strength as the Saudi boycott calls, despite strong differences between these countries and Turkey.

The Emirati writer and political analyst, Jasim Khalfan, was one of the first to call for a boycott of Turkish goods in the UAE, as he confirmed to Al-Hurra that a popular boycott exists in the Gulf countries and that it began to take the same Saudi trend.

Khalfan said, “The Saudi boycott is a popular boycott, although there are undeclared directives to stop importing Turkish goods. A popular boycott has also started in other Gulf countries.”

The UAE is one of the largest importers of Turkish goods in the Gulf region, with the volume of imported Turkish goods reaching $ 3.1 billion, and here Khalfan comments, saying that this trade exchange is not for consumption but for export.

The political analyst explained that “the UAE does not import to consume. It imports and re-exports. It is just a trade and not an import for popular consumption, and most of this passes through the free zones as it goes to other countries.”

Khalfan added that the boycott process is primarily a matter of public awareness, before it was a decision issued by a government agency.

The director of the Early Warning Center for Strategic Studies in Abu Dhabi, Ahmed Al-Baz, believes that the idea of ​​boycotting products in general is not among the tools used by the Emirati diplomacy.

Al-Baz explained in an interview with Al-Hurra that, “It must be pointed out that in the Saudi case we are talking about an informal boycott, but in any case, the UAE does not resort to boycott, for considerations related to diplomatic responsibility, and based on the fact that the UAE in general and Dubai in particular is a commercial corridor and a region.” Transit for products and dealers, whether in Jebel Ali or Dubai Airport. ”

Al-Baz added, “With global supply chains affected by the Corona crisis, boycotting the products of a country for the purpose of managing a conflict in international relations can be managed with other tools that do not seem an acceptable option. It is also not possible to say that there is an official boycott campaign for the Emirates to join, and therefore we are not. In the matter of talking about a difference in the tools within the Saudi-Emirati-Egyptian alliance. ”

For its part, Turkey did not issue a comment about the size of the losses due to the Saudi boycott, or even what is expected in the future, but some personalities have expressed their restlessness about the situation, and the last of these was the deputy of the opposition Republican People’s Party, Muhammad Guzelmansour.

Güzelmansour commented on the boycott with an official statement issued by the party stating, “We in Turkey are living in an economic crisis in addition to the negative repercussions of the epidemic, so we in Turkey do not have the luxury of losing any market, not the Saudi market, nor the Middle Eastern countries.”

Saudis said that the calls for the economic boycott of Turkey is a purely popular will that comes in response to Turkish hostility to the Gulf Kingdom, while the Chairman of the Council of Saudi Chambers of Commerce Ajlan Al-Ajlan affirmed that “the boycott has actually been achieved.”

With regard to Egypt, the Egyptian economic advisor, Dr. Wael Al-Nahhas, believes that the economic relations between Turkey and Egypt are so intertwined that it is difficult to implement a formal boycott.

“There is a commercial exchange between the two parties amounting to five billion dollars, and there was an escape of capital from Turkey to Egypt years ago, until famous clothing and food products chains were opened in Egypt,” Al-Nahas said.

Despite the tension in political relations between Cairo and Egypt over the background of many files, Egypt has signed an agreement with Turkey to remove customs duties on Turkish cars entering Egypt.

Isolation of politics from the economy

However, despite the popular Saudi boycott, the researcher on Turkish affairs, Salah Labib, believes that the UAE, Egypt, Saudi Arabia and Bahrain insulate economic movements from political movements relatively.

Labib tells Al-Hurra, “I estimate that in the event that the boycott was popularly driven by official authorities, this means that there are efforts to pressure Turkey in files, in exchange for Turkish pressure, and these Saudi moves appear to be a response to Turkish moves in the Yemeni file, especially if information is confirmed.” On the Turkish presence by providing platforms against the government of Yemeni President Abd Rabbu Mansour Hadi and the Arab coalition.

And media reports have spoken over the past months of Turkish attempts to find a foothold in Yemen, similar to what it did in Libya, by exploiting one of the parties to the conflict.

At the end of March 2015, an Arab coalition led by Saudi Arabia began to intervene in Yemen in support of the forces of Yemeni President Abd Rabbu Mansour Hadi. Government forces, with the support of the coalition, were able to regain control of several areas, while the capital, Sanaa, remained under the control of the Houthi rebels.

Labib added, “We also note that there are moves in a number of Arab countries near Cairo and Riyadh, in an attempt to reduce the presence of the Turkish economy in them, such as Jordan and Morocco, but all of this did not turn into an economic breakdown due to the intertwined nature.”

The Moroccan government had also imposed more restrictions on products manufactured in Turkey for a period of 5 years, so that customs duties on textiles bearing Turkish seals increased by 90 percent.

These were the details of the news After 7 months of closure, Saudi Arabia allows prayers at the... for this day. We hope that we have succeeded by giving you the full details and information. To follow all our news, you can subscribe to the alerts system or to one of our different systems to provide you with all that is new.