Saudi Arabia .. Details of a corruption case that exceeded 193... 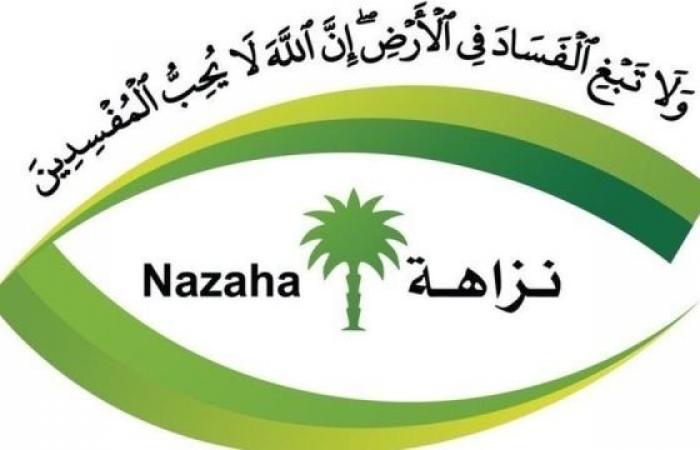 An official source in the Control and Anti-Corruption Authority in Saudi Arabia revealed that the authority has recently initiated 889 criminal and disciplinary cases.

The most prominent cases dealt with, according to the Saudi Press Agency (SPA), as follows:

In addition to what was announced about suspicion of corruption, utility, and exploitation of the influence of the public office of a number of employees of the municipalities of one of the governorates in the Riyadh region, and to complete the investigations into the case and after obtaining the necessary orders from the Criminal Investigation and Prosecution Unit, (13) government employees in the same agency and 4 businessmen were arrested. And 5 residents work for companies contracting with the municipality, and by searching their homes, cash amounts totaling 193,639,535 riyals were found, which were hidden in several places, most notably the borrowed ceilings, a ground water tank, a service room in a mosque, and an underground safe that was established in one of the rooms in the house of one of the defendants in depth Two meters.

By counting the real estate owned by the arrested parties to the case, which was purchased with amounts of illegitimate source, the purchasing value amounted to one hundred forty-one million nine hundred and eighty-nine thousand seven hundred and nine riyals, and the total savings in their bank accounts amounted to one hundred forty-nine million four hundred eighty-two thousand nine hundred It was revealed through the investigations that one of the defendants exploited the influence of the public office in disbursing an amount of one hundred and ten million six thousand five hundred and forty-five riyals unlawfully through an accreditation platform for commercial entities in order to obtain these amounts.

It was also seized in the accounts of those entities, and (pre-paid) cards were found from a food store with a value of two million five hundred thousand riyals, and fuel cards (pre-paid) worth one hundred forty-nine thousand two hundred twenty-five riyals, and foreign currencies were valued in Saudi riyals. Four million one hundred fifteen thousand three hundred and four riyals, so the total of the seized amounts of cash, real estate, bank balances, foreign currency values ​​and prepaid cards will be six hundred and one million, eight hundred and nineteen thousand two hundred and ninety riyals.

The third issueThe arrest of a retired non-commissioned officer who previously worked as a warehouse official for a security sector for having embezzled during his tenure a sum of one million eight hundred and forty-four thousand eight hundred and fifty riyals, who was caught in a criminal case.

Fourth issue : In cooperation with the General Authority of Customs, 3 Arab residents were arrested while they were handing over an amount of eight hundred and fifty thousand riyals out of a sum of one million riyals to a customs employee in exchange for the entry of a shipment loaded with prohibited items through a border crossing.

3 officers and a former director at the Ministry of Justice

The fifth issue In cooperation with the Ministry of Defense, (3) officers and a non-commissioned officer in the Ministry of Defense were arrested, and (5) persons working for a company contracting with the Ministry to implement some projects in a military base in one of the regions, because they included official documents and incorrect facts to prove the completion of a project, what resulted On his behalf, the company’s dues were fully paid and the officer in charge of the project obtained an amount of two hundred and forty thousand riyals in cash to buy his own car.

The sixth issue A former branch manager in the Ministry of Justice in one of the regions and the director of the Expropriation Department in the district’s secretariat was suspended for the first to pay an amount of five hundred thousand riyals to the second in exchange for terminating a financial compensation transaction for the first of seventeen million three hundred thousand riyals in an irregular manner.

The seventh issue : Suspending an employee in the Ministry of Transport (a marine inspector) for colluding with the owner of an establishment by approving the institution’s activities with the ministry in exchange for obtaining (50%) of the institution’s profits that amounted to three hundred thousand riyals.

Issue Eight: Suspension of a former employee in the municipality of Al-Hajar in the Eastern Region for awarding a number of projects to his private companies and a number of companies that have a relationship with their owners, and as a result of these violations he obtained contracts amounting to thirteen million nine hundred and thirty-five thousand riyals.

The ninth issue : Suspending non-commissioned officers and two employees working in the traffic of one of the regions to exploit the influence of the public office and bribery by extracting forged international driving licenses for a number of female citizens and helping them replace them from the Traffic Department with Saudi licenses amounting to (223) licenses for a fee ranging between (1500 riyals -3000 riyals) Per license.

The tenth issue: The arrest of an employee in the Ministry of Human Resources and Social Development in one of the regions while requesting an amount of money in exchange for transferring the sponsorship of a migrant worker through illegal means.

The eleventh issue: Suspending an employee of Asian nationality working in the Department of Health Affairs in a ministry for selling some medical equipment to a company for an amount of fifty-seven thousand five hundred forty riyals.

Issue Twelfth: Suspending an employee in the municipality of one of the regions for requesting an amount of fifty thousand riyals, from Mwatana in exchange for submitting official documents.

The thirteenth issue : In cooperation with the General Authority of Customs, a citizen and two expatriates were arrested for paying one hundred thousand riyals to a customs inspector to facilitate the entry of a shipment of fabrics with prohibited materials inside.

The commission confirmed that it continues to monitor and control anyone who trespasses on public money or exploits the position to achieve his personal interest or to harm the public interest, and that the commission is continuing to implement what the system stipulates in the right of transgressors without laxity, the ability of government agencies’ efforts in combating financial and administrative corruption and setting policies and procedures Which enhance the efficiency of performance, speed of achievement and blocking outlets of corruption, praising the cooperation of those parties with them, and the media on what is published in order to protect integrity and achieve the principle of transparency and combating corruption. For any practices that involve financial or administrative corruption that undermine the state’s efforts to support and enhance the comprehensive development process in light of the Kingdom’s Vision 2030.

These were the details of the news Saudi Arabia .. Details of a corruption case that exceeded 193... for this day. We hope that we have succeeded by giving you the full details and information. To follow all our news, you can subscribe to the alerts system or to one of our different systems to provide you with all that is new.