The label “Boycott Turkish Goods” is spreading in Saudi Arabia …... 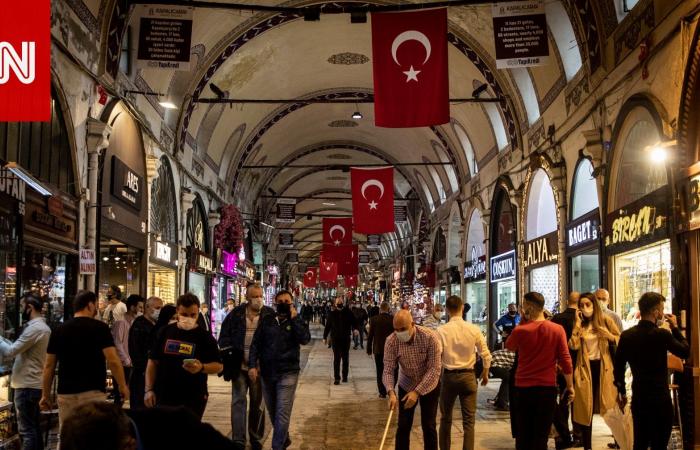 Dubai, United Arab Emirates (CNN) – The “boycott Turkish goods” hashtag spread widely on Twitter, Wednesday, as several sects of the Saudi people called for a boycott of Turkish goods in response to what they considered “offensive” to their country and its leadership.

Prince Sattam bin Khalid Al Saud wrote, on his official page on Twitter: “The boycott that the people of the homeland demand is a logical and natural response to the hostility, conspiracy and abuse of the Turkish state against the homeland and its rulers.”

For his part, Saudi journalist Abdulaziz Al-Khamis wrote: “You bought a Turkish product as a contribution to the killing of your brother in Libya, Syria and Iraq, and in support of those who threaten your homeland, silence them and woo …”, he said.

On the other hand, the journalist, Turki Al-Shalhoub, wrote on his official Twitter page, in which he said: “Documented accounts and repeats government policies and the instructions of Saud Al-Qahtani and says boycott Turkish products,” he said.

The Chairman of the Council of Saudi Chambers called on the Chairman of the Board of Directors of the Riyadh Chamber, Ajlan Al-Ajlan, to boycott Turkey completely in terms of investment, tourism and trade, in response to what he considered an “insult” by Ankara to the Saudi leadership.

These were the details of the news The label “Boycott Turkish Goods” is spreading in Saudi Arabia …... for this day. We hope that we have succeeded by giving you the full details and information. To follow all our news, you can subscribe to the alerts system or to one of our different systems to provide you with all that is new.