Saudi Arabia News Today .. New permits are released through the... 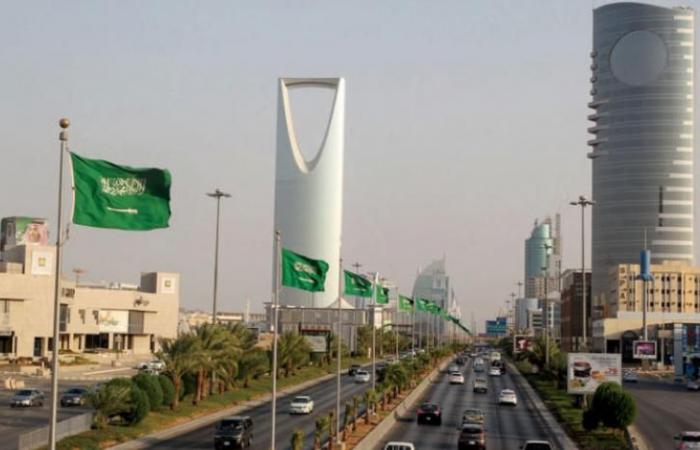 Monitors Urgent Newspaper Most important Saudi NewsToday, Tuesday, as the Presidency of State Security revealed that it thwarted terrorist operations that were imminent with fossilized materials weighing 49 tons, and called upon everyone to cooperate with it by calling 990 to report the terrorists, and to the details:

During the 75th session of the United Nations General Assembly, the Kingdom of Saudi Arabia called for strengthening the values ​​of pluralism and international cooperation stipulated in the United Nations Charter, to achieve sustainable development plans and goals and to overcome challenges to reach a more inclusive and just world and to enhance the prosperity and well-being of peoples, in light of What the world is witnessing today in terms of economic, social and environmental challenges and implications.

With prices starting from 690 thousand riyals and in easy installments .. «Sakani» announces the launch of the «Park View» project in Al-Khobar .. and the start of online booking

The “Sakani” program of the Ministry of Housing announced the launch of a new housing project, “Park View” in Al-Khobar, and making it possible to book it electronically through the “Sakani” website and application, as part of the program’s efforts to facilitate ownership by providing easy electronic solutions and immediate entitlement.

In the video … 3 new permits were launched through the “Aumrah” application.

The Undersecretary of the Ministry of Hajj and Umrah and the supervisor of the application (Umrahna), Abdul Rahman Shams, announced that today, Tuesday, a new set of permits will be launched in the application, such as the prayer permit in the Grand Mosque and the prayer in the honorable kindergarten in the Prophet’s Mosque, and the statement of peace be upon the Messenger, may God bless him and grant him peace .

The Shura Council agreed to interpret the phrase (upon perusal) contained in Article (38) of the Commercial Papers Law issued by Royal Decree No. 37 and dated 11/10/1438 AH, explaining that the phrase includes the following two phrases: (upon request) and (upon submission), The other two are expressions indicating the obligation to fulfill the bill or bond for an order at the time of its presentation.

In the video, there is a heavy turnout in “My Residential Shamil” … and reservations reach 50% with new projects

The comprehensive residential center in Riyadh witnessed a great turnout, in the number of visitors from the beneficiaries of the “Sakani” program in Riyadh during the past 48 hours, in conjunction with the launch of the “Nasaj Town” and “Narges View” projects within the second phase of the “Murcia” project located in the suburb of Al-Jawan north of the road the king Salman.

The Municipality of Medina revealed the existence of financial dues (compensation and dispossession) from previous years for a number of male and female citizens, and the Municipality of Medina called in a tweet through its Twitter account for the aforementioned male and female citizens, their heirs or their agents, to review the financial department of the municipality by communicating to complete the procedures for disbursing dues.

The Presidency of State Security reaffirmed the danger of terrorism, as it is a scourge that disrupts security and threatens lives and public and private property, and added through its official Twitter account that the security efforts resulted in thwarting many terrorist operations that were about to be carried out, through the use of explosive materials totaling 49 tons, and it called Everyone cooperates with it by calling 990 to report the terrorists.

The Human Resources Development Fund “Hadaf” revealed the launch of 4 new improvements to the support controls in the (Employment Support) program, explaining that the Employment Support Program aims to support researchers and jobseekers in the private sector that the fund bears a percentage of the employee’s wages. In the private sector full time.

The Saudi Traffic Department explained how to deal with the old license after receiving the new license, stressing that it is under the responsibility of its owner.

Weather and climate researcher Abdulaziz Al-Hussaini expected a map of rain and winds during the coming hours in several regions in the Kingdom, and Al-Hussaini said, via Twitter, that today, Tuesday, rain of varying intensity from one place to another, from light to medium and cold, is expected on parts of my region. Asir and Jizan, especially the highlands, in addition to the State of Yemen.

Statistics of Corona disease in Saudi Arabia
Saudi Arabia News Today .. The Kingdom is among the top ten in the world in remote training..Allocation of 2 billion riyals to finance the import of food products
Saudi News Today .. A comment from the “Education” about the disruption of the Madrasati platform … and the “Health” is giving good news about Corona injuries in the Kingdom

These were the details of the news Saudi Arabia News Today .. New permits are released through the... for this day. We hope that we have succeeded by giving you the full details and information. To follow all our news, you can subscribe to the alerts system or to one of our different systems to provide you with all that is new.

PREV Saudi crown prince leaves for the UAE to offer condolences on the death of Sheikh Khalifa
NEXT Eid Al-Fitr to begin on Monday: Saudi Supreme Court