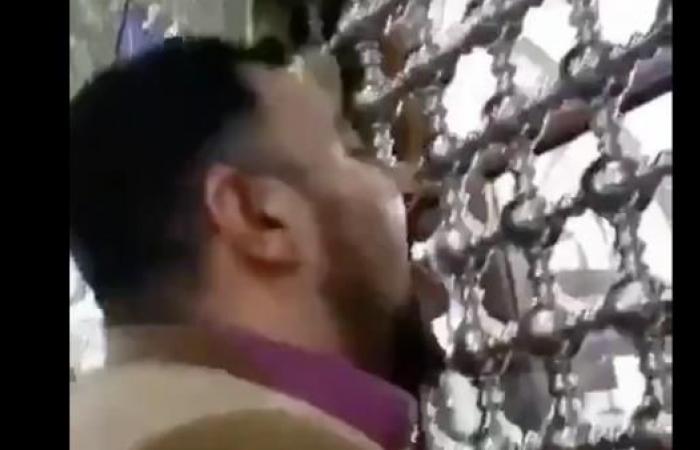 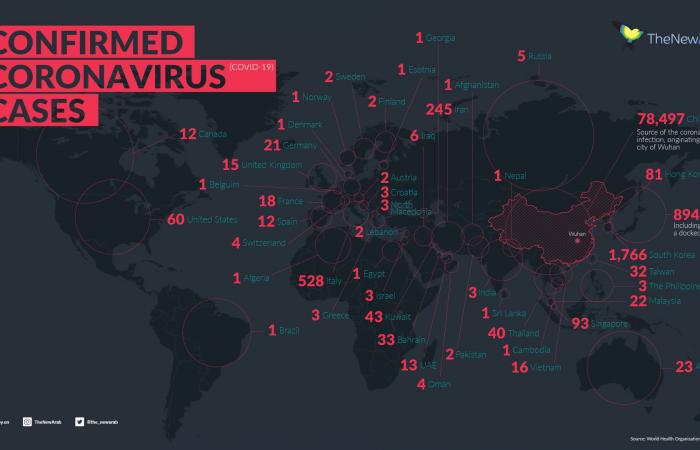 Thank you for reading the news about WATCH: Iran pilgrims taunt coronavirus by 'licking' religious shrines and now with the details

Aden - Yasmine El Tohamy - A video posted to twitter shows three people, including one who appears to be a child, licking the glass coverings and metal grilles at religious shrines in Qom and Mashhad.

Qom, which is a prominent centre of religious pilgrimage for Shia Muslims, is also the epicentre of the virus in Iran.

"Stop playing with people’s beliefs, coronavirus is nothing in the Shia shrines,” one man is recorded saying at the Fatima Masumeh shrine in Qom, in response to calls for authorities to close pilgrimage sites amid the outbreak.

"Im licking this and I don't care what happens," another man is shown saying, before licking a metal grille housing a prominent grave site.

The man's actions prompted those around him to recite prayers loudly.

Religious sites in Iran, which attract millions of pilgrims each year, have remained open to travellers despite the Islamic Republic having the largest COVID-19 virus outbreak in the Middle East.

Tehran's response to the crisis contrasts that of Saudi authorities, who have halted access to Mecca and Medina and suspended visas for the year-round "umrah" pilgrimage, an unprecedented move that has left tens of thousands of Muslim pilgrims around the world in limbo.

The kingdom on Thursday also suspended visas for tourists from countries affected by the virus as fears of a pandemic deepen.Amid pressure over its seemingly inadequate response to the COVID-19 outbreak, Iran on Wednesday said it would restrict access to several Shia Muslim holy sites throughout the country.

Authorities will also suspend Friday prayers in areas heavily affected by the virus.

According to Unnamed health system sources quoted by the BBC, at least 210 people had died of the coronavirus in Iran - far beyond the official death toll of 54. A health ministry spokesman angrily denied that figure.

While Iran has rejected the claim as rumour, it has has scrambled to bring the outbreak under control, shutting schools, suspending cultural and sporting events.

It has even halted meetings of the cabinet and parliament, amid the disease's spread among the country's political elite.

Iran's coronavirus death toll is the highest for any country other than China - where COVID-19 first emerged.

One of Iran's seven vice presidents, Massoumeh Ebtekar, and Deputy Health Minister Iraj Harirchi are among several senior officials who have been infected.

Many of Iran's neighbours have reported coronavirus infections in people linked to Iran, and most have imposed restrictions on travel to and from the Islamic republic.

These were the details of the news WATCH: Iran pilgrims taunt coronavirus by 'licking' religious shrines for this day. We hope that we have succeeded by giving you the full details and information. To follow all our news, you can subscribe to the alerts system or to one of our different systems to provide you with all that is new.