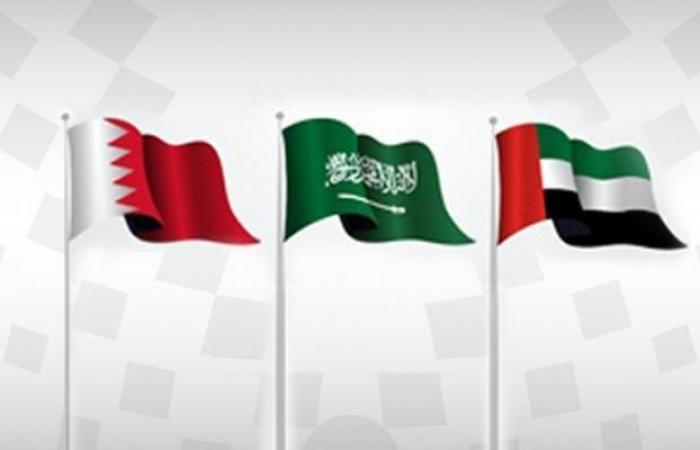 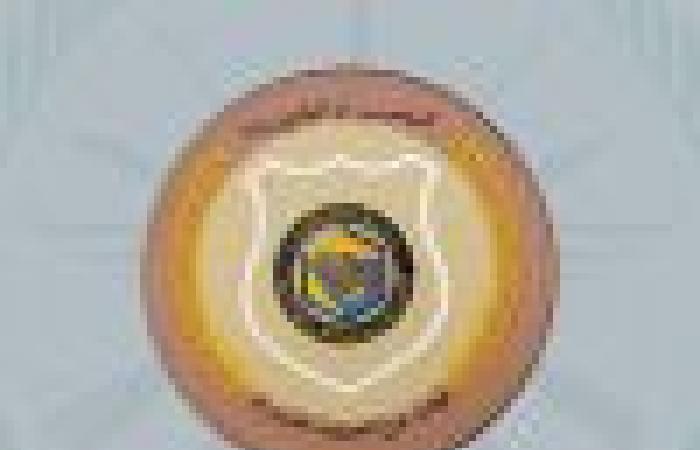 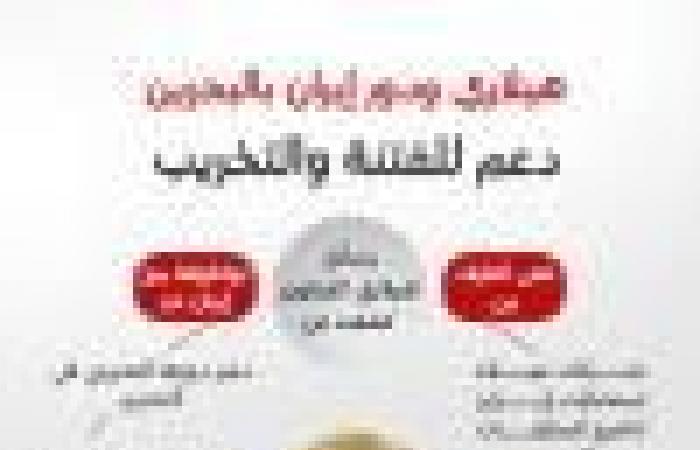 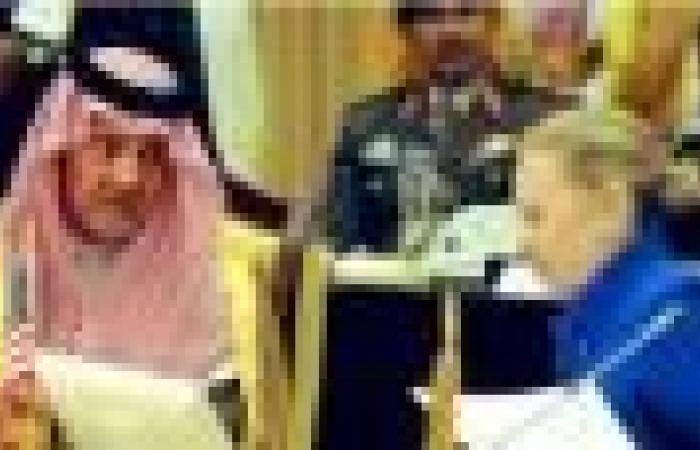 Early on, Saudi Arabia and the UAE read messages of ruin that the administration of former US President Barack Obama supported, using its sabotage arms, whether Qatar, its island, and the Brotherhood’s organization to cause chaos in Arab countries, so that “Daraa” protected sister Bahrain and prevented it from being kidnapped into the arena of chaos and devastation.

The date comes to prove the correctness and courage of the position of Saudi Arabia and the UAE, as one of the e-mails of former US Secretary of State Hillary Clinton revealed how the two countries stood an impenetrable block to the attempt to kidnap Bahrain as a “hostage” during the spread of chaos in the country in 2011.

The plot was revealed in a letter sent by former US Assistant Secretary of State for Near Eastern Affairs, Jeffrey Feltman, on March 13, 2011, titled “Abdullah bin Zayed: The Response of Saudi and Emirati Forces to a Bahraini Request for Help.”

Feltman said in his message that Sheikh Abdullah bin Zayed Al Nahyan, the Emirati Minister of Foreign Affairs and International Cooperation, assured him that the UAE and Saudi Arabia were sending forces to Bahrain, at the request of the Bahraini government, and that his country was responding to the request to restore order.

Sheikh Abdullah bin Zayed Al Nahyan added that the GCC countries would not stand idly by and watch others “take Bahrain hostage.”

Sheikh Abdullah bin Zayed Al Nahyan hinted that other countries might join, stressing that “this is an internal affair of the Gulf Cooperation Council.”

On the ground, far from slogans and from the position of responsibility, the one Saudi-Emirati position emerged when the Peninsula Shield forces intervened in Bahrain with 1,200 Saudi and 800 Emirati soldiers under the banner of the Peninsula Shield Forces in Bahrain on March 15, 2011 at the request of the Kingdom of Bahrain government to stop Attempts to spread chaos and sabotage in Bahrain in early 2011.

Conspiracy time, Feltman said, according to Hillary Clinton’s Post: “I don’t think we will be able to dissuade the GCC countries from sending troops, which appear to be sent under a security agreement to the GCC countries.”

He added: It is clear that the leaders of the GCC countries see what is happening in Bahrain as an existential threat, and that the provocative demonstrations and counter-demonstrations only prove that the situation in Bahrain has become unbearable.

And Feltman continues: But even if we cannot dissuade the Gulf Cooperation Council countries from entering, I hope that the people in the White House and the Office of the Ministry of Defense can use their contacts to reinforce the points that I am trying to communicate, and that the Gulf Cooperation Council forces need restraint and diligence, and that we will be asked. Comment publicly on it.

It was not an hour of restraint, but it was an hour of courageous stance that thwarted any plot targeting Bahrain. The Emirati-Saudi response came in 2011 in response to the conspiracy and attempts to sow chaos when the government of the Kingdom of Bahrain requested the use of the “Peninsula Shield” forces and the Bahraini government said that the forces came to secure the facilities The strategy.

A new chapter in the conspiracy was revealed when Iran considered the response of the “Peninsula Shield” forces to the request of the Kingdom of Bahrain tantamount to an “invasion of Bahrain”. Then Bahrain responded strongly to the words of its foreign minister at the time, Khalid bin Ahmed Al Khalifa, that “the Peninsula Shield forces will not leave Bahrain until the Iranian threat is gone.” ”

To complete this chapter, Iran filed a complaint at the Security Council regarding sending the Peninsula Shield to Bahrain.

Time passes, Hillary Clinton’s messages show, the Obama administration’s support for Iran’s subversive role in Bahrain, and its endeavor to show the Saudi-Emirati legitimate intervention in the neighboring country at his request as an “invasion.”

In one of Hillary Clinton’s letters, which were classified as classified documents, the American Secretary described the Peninsula Shield’s intervention in Bahrain as a “Saudi invasion.”

The use of this description of legitimate intervention, which was requested by a neighboring country, explains the extent of Hillary and her employees’ indignation at the stance of Saudi Arabia and the UAE against the Iranian threat in Bahrain.

Documents released recently by the US State Department indicated that Iranian intelligence agents tried to inflame the unrest in Bahrain, but the Emirati-Saudi position foiled the Iranian terrorist plot that the Obama administration supported.

Hillary’s emails show a bright side of the Saudi-Emirati coordination in the face of the Iranian plot supported by the Obama administration.

The letters say: “Saudi Ambassador Adel Al-Jubeir (the Kingdom’s ambassador to Washington at the time in 2011) called back. He said that the forces used would be from the Saudi National Guard, and that he expected other forces from the Gulf Cooperation Council countries to participate. He did not know the numbers. He said he believed that. The goal is more emotional support than anything else. ”

And the former US Assistant Secretary of State for Near Eastern Affairs, Jeffrey Feltman, reveals that he had the same type of talks he had with Sheikh Abdullah bin Zayed Al Nahyan with the Saudi ambassador (at the time), Adel Al-Jubeir.

The Emirati and Saudi position emerged as one position that cannot be divided by two, and its goal was clear and uncompromising, which is to thwart any scheme aimed at spreading chaos in Bahrain.

Feltman continues: “Adel (Adel Al-Jubeir, the Saudi ambassador to Washington at the time) said that Prince Saud Al-Faisal, the Saudi foreign minister, is trying to communicate with Secretary Clinton to discuss this matter.”

The picture is completed by one of the letters released by the US State Department, which showed the strength of Saudi diplomacy and its challenge to Washington in support of its brothers.

The message indicated that the late Saudi Foreign Minister Prince Saud Al-Faisal had switched off the phone in Clinton’s face after she asked Riyadh not to send Saudi forces to Bahrain during the 2011 events.

The last chapter was a historical witness that wiped out all conspiracy messages, and all those who conspired in the Obama administration and Iran responded disappointedly with the lack of nostalgia when the situation in the Kingdom of Bahrain stabilized and the manifestations of chaos ended.

In the end, Saudi Arabia and the UAE managed, with a firm and courageous stance, that sister Bahrain avoided what Washington and Qatar used to call an “Arab Spring” to record history in its chapter on the Arabian Gulf in letters of illuminating how the homelands are protected and how the brother defends his brother.

Were it not that the administration of US President Donald Trump for the US State Department allowed the unveiling of a number of e-mails by the Secretary of State during the era of former President Barack Obama, the size of the conspiracy would not have been revealed and the solidity and wisdom of the Saudi-Emirati position would not appear in return.

These were the details of the news # Hillary’s emails .. Saudi Arabia and the UAE foiled the... for this day. We hope that we have succeeded by giving you the full details and information. To follow all our news, you can subscribe to the alerts system or to one of our different systems to provide you with all that is new.