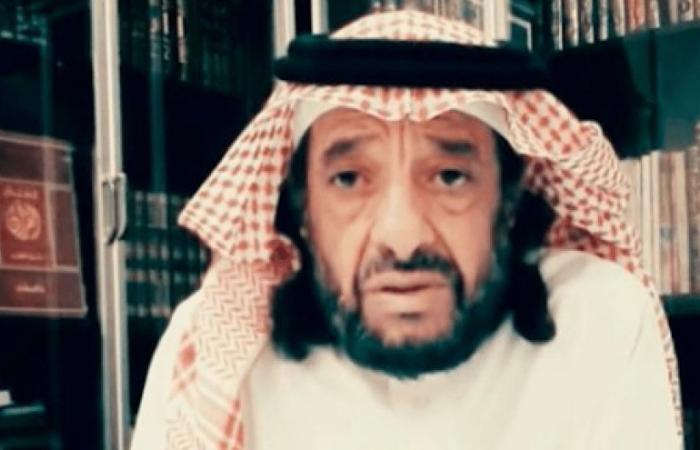 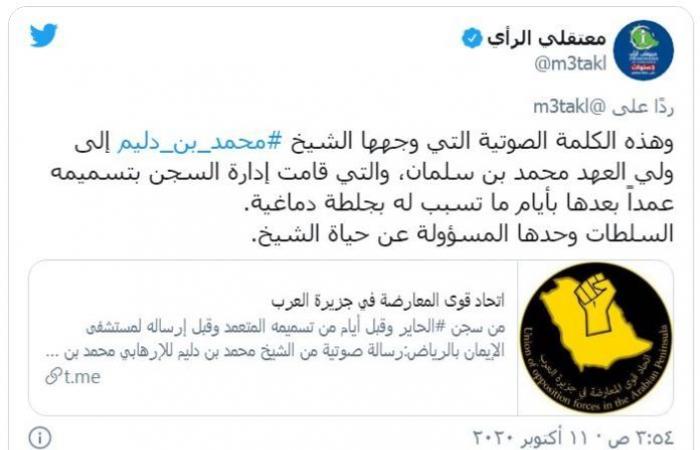 According to the “Prisoners of Conscience” account, which is concerned with the affairs of detainees in the Kingdom, “Al-Qahtani” was deliberately poisoned in Al-Ha’ir prison, and he is in a critical state of health and is at risk of death at any moment.

The account added, “He (Al-Qahtani) was transferred to Al-Iman Hospital in Riyadh.”

This came days after the leak of an audio speech by “Al-Qahtani”, addressed to the Saudi Crown Prince, “Mohammed bin Salman”, in which he criticized what is happening with the detainees, and considered it “beyond the limits of reason and logic.”

Al-Qahtani said, in the leaked letter to bin Salman: “The stay will not last for you, and you will go as others did.”

And the “prisoners of conscience” held the Saudi authorities responsible for the life of “Al-Qahtani,” who is 65 years old.

And last February, the “Prisoners of Conscience” account said that the Saudi Criminal Court had raised the ruling against “Al-Qahtani”, to 14 years and 6 months, and banned him from traveling for a similar period.

The court also banned media appearances and communication for a period of 10 years and closed all his accounts, and also issued a ruling to fine him.

Al-Qahtani, who has been in detention since 2017, is a member of the Union of Opposition Forces in the Arabian Peninsula, whose establishment was announced by Saudi political forces in exile.

“Prisoners of conscience” say that “Al-Qahtani” suffers from severe health neglect and malnutrition, and that he began to suffer from some heart problems, indicating that all of this is considered a small part of what the detainees suffer in Saudi prisons.

Dozens of international human rights organizations, including “Human Rights Watch” and “Amnesty International”, called on the Saudi authorities to immediately release prisoners of conscience and human rights defenders, and to immediately disclose their place of detention and to allow them to communicate with their families and lawyers.

These were the details of the news The poisoning of a detained Saudi activist after his correspondence with... for this day. We hope that we have succeeded by giving you the full details and information. To follow all our news, you can subscribe to the alerts system or to one of our different systems to provide you with all that is new.