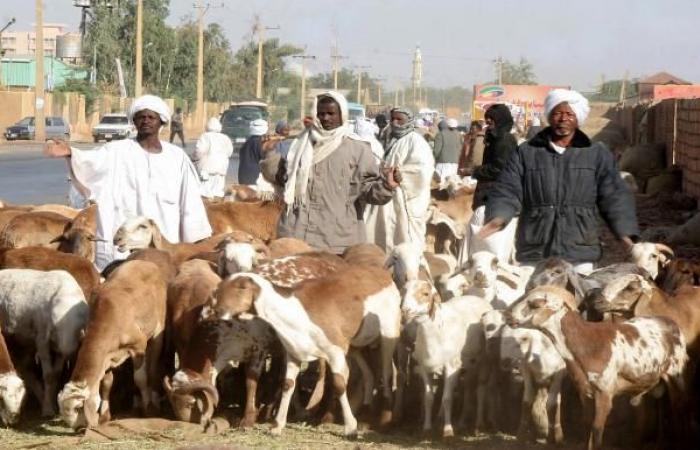 The Sudanese government criticized the behavior of the Ministry of Environment, Water and Agriculture branch, the Quarrying Department, in Makkah Al-Mukarramah, Saudi Arabia, by imposing a ban, on Friday, on importing live Sudanese livestock. Due to “Rift Valley” fever.

The Ministry of Animal Resources said that it had not received an official letter in this regard indicating the suspension, but the matter was verbally reported to some of the sources, confirming that the health conditions for animal epidemics are under control, noting that all exports have been suspended until the arrival of an official letter from the Saudi authorities.

The Minister of Livestock and Fisheries, Adel Farah said that Saudi Arabia has returned 36 ships carrying 249,000 head of livestock for various reasons.

The director of the quarries department at the Sudanese Ministry of Livestock, Dr. Yahya Sabil, indicated that the Saudi authorities made their decision based on what was reported by social media, pointing to Sudan’s tendency to negotiate with Saudi Arabia, as well as the role of exporters in pushing the Kingdom to backtrack on the decision.

In statements to Al-Araby Al-Jadeed, Sabeel expressed his surprise at Saudi Arabia’s construction of its decision on what is reported by social media, calling on Saudi officials to communicate with the administration as an official body to obtain correct information.

A way demanded a trade agreement in the interest of both countries.

For his part, Vice Chairman of the Sovereignty Council, Muhammad Hamdan Dagalo, “Hemedti”, attributed the reason for the deterioration of the sector and Saudi Arabia’s return of livestock exports to the Sudanese exporters themselves.

He said, in a workshop held today, Saturday, that “exporters work for their self-interest only, without the public interest.”

Hemedti held the Ministry of Livestock about 85% of the responsibility for returning livestock exports from Saudi Arabia, criticizing the rush of exporters to regional markets.

Livestock exporters feared heavy losses due to the sudden decision, and indicated that there are at least 400,000 heads prepared for export in ports and quarries with full procedures.

These were the details of the news Sudan criticizes Saudi Arabia’s imposition of a livestock ban for this day. We hope that we have succeeded by giving you the full details and information. To follow all our news, you can subscribe to the alerts system or to one of our different systems to provide you with all that is new.