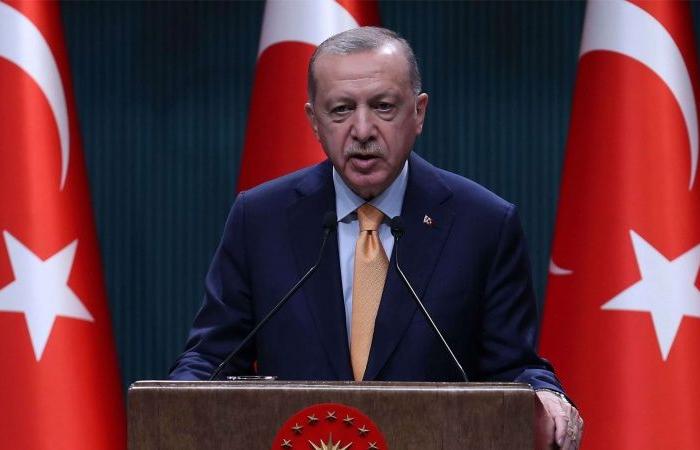 Istanbul – A statement by Turkish businessmen and exporters affected by the Saudi boycott carried blame signals to President Recep Tayyip Erdogan because of his foreign policy that accumulated crises in the country and blocked the doors of new markets in front of them, even if the statement on its face blamed Saudi Arabia for the discriminatory treatment of Turkish investors.

Followers of the Turkish affairs said that this statement indicates the extent of the damage inflicted on the Turks and their economy without any support from the government or help in finding alternative markets, at a time when the Qatari aid that Erdogan gets goes to support politics, intelligence and the army.

Relations between Saudi Arabia and Turkey have been strained for years due to differences in foreign policy and the two countries ’stance on political Islam groups backed by Ankara.

Tensions rose sharply after the killing of the Saudi journalist Jamal Khashoggi in the Saudi consulate in Istanbul in 2018, as Ankara pushed to blackmail Riyadh with all available means, but its moves did not succeed in achieving Turkey’s desired goal.

And for more than a year, some Saudi and Turkish merchants have speculated that the kingdom is imposing an informal boycott on Turkish imports.

Eight Turkish business groups, including textile exporters and contractors, said in a statement on Saturday, “Any official or informal initiative to disrupt trade exchange between the two countries will have negative repercussions on our trade relations and will harm the economy of our two countries.”

The heads of the groups added that they had received complaints from Saudi companies that the kingdom’s authorities had forced them to sign letters obliging them not to import goods from Turkey, and they complained of excluding Turkish contractors from major Saudi deals.

Turkish business groups referred to the warning issued last month by AB Muller Maersk Group, the largest container shipping company in the world, about a possible disruption in global supply chains, and also to the tweet of Ajlan Al-Ajlan, Chairman of the Council of Saudi Chambers of Commerce, in which he called for Boycott of Turkish goods.

The Turkish statement indicates that the Turks were harmed without the government’s help in finding alternative markets, with Qatar’s aid going to support the intelligence and army

The Saudi government media office stated that the authorities had not imposed any restrictions on Turkish goods.

But last week Ajlan Al-Ajlan, head of the non-governmental Saudi Chambers of Commerce, called for a boycott of Turkish products in response to what he described as the ongoing hostility on the part of Turkey.

Turkish business groups, which also include the Office of Foreign Economic Relations, the Exporters Association, and the Federation of Chambers and Commodity Exchanges, said, “We deeply regret the discriminatory treatment our companies face in Saudi Arabia … We expect the Saudi authorities to take concrete initiatives to solve the problems.”

“This issue has gone beyond bilateral economic relations and has become a problem related to global supply chains,” said the joint statement, signed by industry leaders, prominent exporters, businessmen, contractors and trade union officials, reported by Bloomberg News on Saturday.

The statement added that “any official or informal initiative to disrupt trade between the two countries will have negative repercussions on our trade relations, and will harm the economies of the two countries and their people.” Turkey has not ruled out resorting to the World Trade Organization.

According to figures quoted by Bloomberg, according to the Saudi Statistics Authority, the value of Saudi imports of Turkish products plunged to $ 9.47 billion in 2019, compared to about $ 12.74 billion.

During the first 8 months of 2020, Saudi Arabia’s imports fell dramatically to $ 1.91 billion, according to Bloomberg.

And recently, widespread popular campaigns have appeared in the Kingdom calling for a boycott of Turkish products, in response to Erdogan’s aggressive policy and his interference in the internal affairs of the Gulf states and his constant and continuous support for extremist groups in the region.

And it is no longer just a matter of Turkish products, but the participants in the boycott campaigns to expand the scope of the boycott to include stopping tourism to Turkey and stopping investment in it.

These campaigns come at a time when the Turkish government is focusing on exports to help the economy recover from the recession caused by the currency crisis that has hit the Turkish lira since 2018.

Turkish concerns are already increasing, officially and popularly, from Saudi sanctions that may be gradually imposed on Ankara, whether publicly or secretly, which have included to this day the areas of real estate investment and tourism, as well as the boycott of Turkish series that promote the policy of the ruling Islamist Justice and Development Party.

These were the details of the news Covered blame for Erdogan in a Turkish statement criticizing Saudi Arabia... for this day. We hope that we have succeeded by giving you the full details and information. To follow all our news, you can subscribe to the alerts system or to one of our different systems to provide you with all that is new.