Saudi Arabia affirms: Our great interest in humanitarian issues is based... 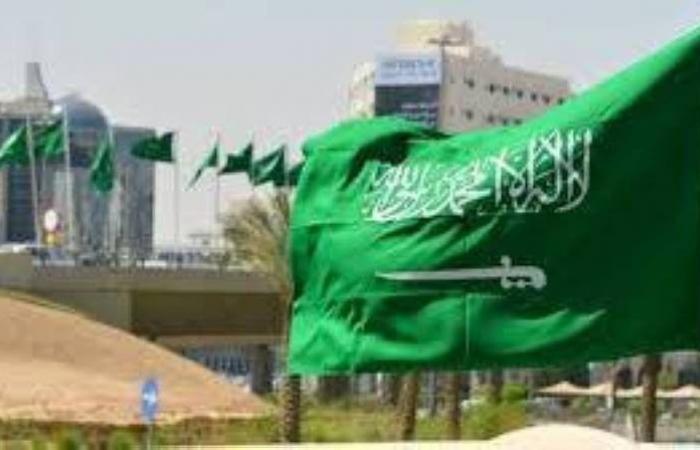 The Kingdom affirmed that it pays great attention to humanitarian issues, based on the principles and teachings of the true Islamic religion, which call for love, peace and brotherhood, and is keen to provide relief for the distressed and help the needy, in accordance with the humanitarian principles established by international conventions and treaties.

He indicated that the Corona pandemic crisis may increase the suffering of refugees, and that this crisis has proven that the countries of the world will not be able to face any of the global challenges except in cooperation and solidarity with the most vulnerable people, including refugees and displaced persons, indicating that the Kingdom is working on everything that would empower nations United from leading international action to intensify global efforts to combat Corona, enhance support for developing countries and the most vulnerable regions in facing this pandemic, to fight epidemics in general, assist refugees, raise living standards among the world’s poorest groups, develop fragile economies, and mediate an end to conflicts And building more harmonious relationships between nations.

He said: The Kingdom pays great attention to humanitarian issues, based on the principles and teachings of the true Islamic religion that call for love, peace and brotherhood, and is keen to provide relief for the distressed and help the needy, in accordance with the humanitarian principles established by international conventions and treaties, noting that the Kingdom plays a comprehensive humanitarian role in supporting All humanitarian issues around the world, and through its chairmanship of the G20, lead an international coalition, in cooperation with international organizations, including the World Health Organization, to confront the emerging coronavirus pandemic, in order to reach international coordination to limit the spread of the pandemic, mitigate its impact, and improve international preparedness to combat pandemics and prevent the occurrence of Any similar future crises, as the Kingdom had previously announced its donation of $ 500 million for international efforts aimed at combating the spread of the pandemic and mitigating its humanitarian and economic impacts.

He stated that the Kingdom has provided, through the King Salman Humanitarian Aid and Relief Center, a lot of diverse humanitarian aid in a number of countries affected by this epidemic, as medical supplies and tools have been provided, and work is underway to support other countries and regions in need.

He emphasized that the Kingdom supported the United Nations High Commissioner for Refugees, represented by the “Saudi Fund for Development”, to implement the first phase of the program to provide support for Afghan refugees returning to their countries, according to a cooperation agreement worth 10 million US dollars signed with the Saudi Fund for Development and the government of the Islamic Republic of Afghanistan, This comes at an important stage that requires intensified support for the program for the return of Afghan refugees, who number about 2.4 million, to their homeland, to help them resume their lives and rebuild their societies.

The Kingdom’s permanent representative to the United Nations drew attention to the signing of the King Salman Humanitarian Aid and Relief Center and the United Nations High Commissioner for Refugees on September 17, 2020, an agreement worth 20 million US dollars to support the internally displaced in Yemen, with the aim of supporting the UNHCR programs that fall under the humanitarian response plan in Yemen for the year 2020, which includes the implementation of projects in the sectors of shelter, non-food aid, and camp management for internally displaced Yemenis, in addition to efforts to combat Covid-19 in the country, which have benefited about 800,000 people.

Regarding the Syrian refugees, he explained that the center has provided more than 296 million US dollars, and is currently implementing 225 programs to support Syrian refugees in Jordan, Lebanon, Turkey and Greece, and has also provided Rohingya refugees in the Kingdom with job opportunities, health services, education and others free of charge.

On the Palestinian issue, Al-Wasel praised the efforts of the King Salman Humanitarian Aid and Relief Center in support of Palestinian refugees, with more than 359 million US dollars and 88 programs.

The Kingdom’s permanent representative to the United Nations, Ambassador Dr. Abdulaziz Al-Wasil, expressed his thanks to the United Nations High Commissioner for Refugees for the important role it plays in protecting and supporting refugees, and for its contributions to their voluntary return to their homelands, appreciating its efforts to promote and protect the human rights of those vulnerable groups.

These were the details of the news Saudi Arabia affirms: Our great interest in humanitarian issues is based... for this day. We hope that we have succeeded by giving you the full details and information. To follow all our news, you can subscribe to the alerts system or to one of our different systems to provide you with all that is new.