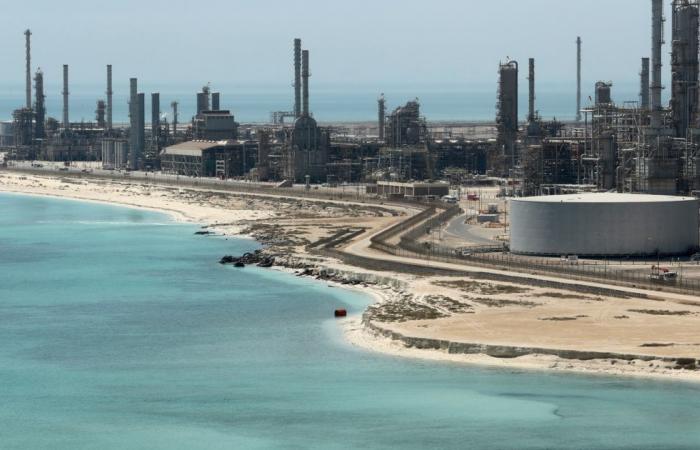 A newspaper report said “Wall Street Journal“(WSJ) America said that the United States is accelerating to increase oil sales to China – the largest consumer market in the world – which poses a real challenge to producers in the Middle East, especially Saudi Arabia.

According to the company, “Vortexa”, an analysis of oil data, the United States accounted for 7% of China’s imports of crude oil by mid-September, after it was only 0.4% in January.

During the same period, the share of Saudi Arabia – the largest traditional supplier to China – decreased from 19 to 15%, according to the American newspaper.

According to the Wall Street Journal report, US exports to China are expected to reach about 700,000 barrels per day by the end of October.

An oil deal and mutual interests

The Wall Street Journal report – by Benoit Faucon and Colin Eaton – says that China’s approval to increase imports of US crude oil earlier this year; It is part of a larger deal aimed at easing growing trade tensions between the two global powers.

The deal included the US administration’s agreement to reduce some customs duties on Chinese goods in exchange for China’s purchase of US products in the agricultural, energy and manufacturing sectors.

The authors point out that China is working to restore crude oil flows that had diminished in light of trade tensions with the United States.

Last January, Beijing agreed to a deal worth 52.4 billion dollars to import oil and liquefied natural gas from the United States by the end of 2021, but exports were postponed due to the outbreak of the Covid-19 epidemic, before they resumed recently.

In this regard, the CEO of Petro-Logistics, Daniel Gerber, says, “This matter will change the traditional oil trade routes around the world, and increase the decline in global prices that have been affected by the decline in demand caused by the epidemic.”

According to the Wall Street Journal report, with the beginning of the arrival of new American shipments to China, Saudi Arabia reduced the prices of its crude oil to its customers in Asia, and resorted to storing oil at home and abroad, including warehouses in Egypt, Singapore and China.

Kayrros, a company specialized in monitoring oil flows, said that Saudi domestic crude oil inventories rose by 7%, to reach 81 million barrels in two weeks by September 20, a level not seen since last June.

According to “Petrologist” data, Saudi Arabia was not the only Middle Eastern country whose oil exports to China were affected, as shipments from the Gulf Cooperation Council countries – except Saudi Arabia – decreased by at least 400 thousand barrels per day, to reach 1.6 million barrels in September. the past.

Will the deal hold up?

The US-Chinese oil deal ends at the end of next year, but it remains threatened due to the possibility of a change in the US administration after the presidential elections next month, or because of the possibility that President Donald Trump’s position will change if he is re-elected, especially in light of the current economic and geopolitical tensions between the two countries, and the pressures exerted by the Trump administration. Recently, Chinese tech giants such as Huawei and ByteDance, the company that owns the TikTok app.

But a number of analysts – according to the authors – believe that China will likely continue the buying process after it has re-equipped its factories to store American oil, which will benefit the United States, which has suffered, like other producers in the world, from low oil prices during the last period.

In this context, Sandy Felden, an analyst at Morningstar, says that the deal helped protect American companies in light of the economic downturn. “If it was not exported, it would have had no place locally, and that would have led to more losses.” For producers. ”

These were the details of the news A Chinese-American deal that threatens Saudi Arabia’s interests for this day. We hope that we have succeeded by giving you the full details and information. To follow all our news, you can subscribe to the alerts system or to one of our different systems to provide you with all that is new.