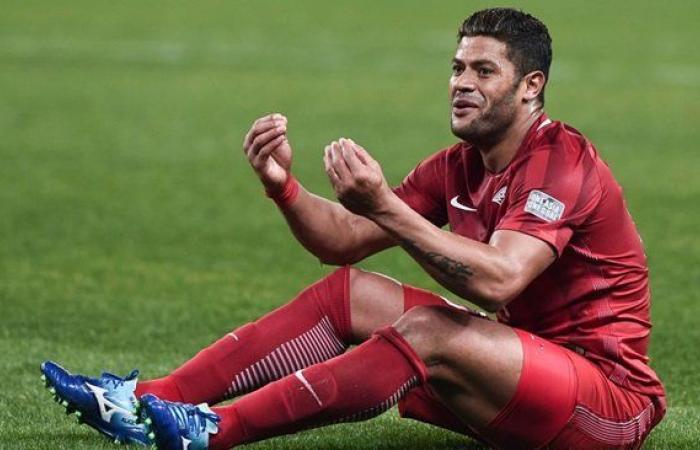 Saudi 360 – One of the stars of the Saudi League is close to moving to Shanghai, China, to replace the Brazilian striker Hulk, during the upcoming winter transfer period in 2021.

According to the Ghanaian “GHANA soccernet” website, Samuel Oso, the Fayha ‘wing, is on his way to Shanghai to compensate for the departure of the Brazilian Hulk, who will officially leave at the end of December after four and a half years with the Chinese club.

The Ghanaian website pointed out that the “24-year-old” was the focus of attention of major clubs in the Emirates and the Gulf, such as Al-Sadd and Al-Duhail, after his distinguished performance with Al-Fayhaa in the Saudi League last season.

The Ghanaian website stated that the departure of the 33-year-old Hulk would make the Chinese club move to join Usu in any way from Al-Fayhaa, who was officially relegated to the Saudi League.

Osu moved to Turkish club Ginklerberg before returning to the Serbian League to sign with Kocaeli team in 2017, where he scored 11 goals and provided 12 assists in 71 matches.

Samuel Oso joined the ranks of Al-Fayhaa during the summer 2019 transfer period, and his contract with the Saudi club extends until June 2022.


These were the details of the news Saudi League News: Surprise .. The star of the Saudi League... for this day. We hope that we have succeeded by giving you the full details and information. To follow all our news, you can subscribe to the alerts system or to one of our different systems to provide you with all that is new.