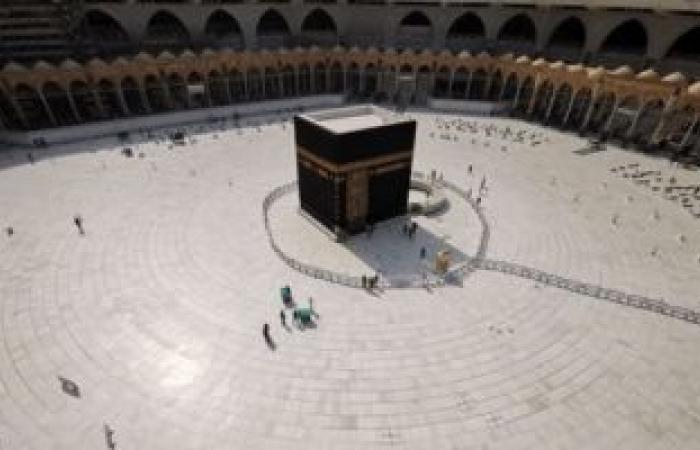 The Emirate of Al-Madinah Al-Munawwarah Region announced the availability of downloading the “Umrahna” application on mobile phones, for those wishing to register to perform Umrah during the coming period and obtain permits for the number of six thousand pilgrims per day.

The emirate wrote a tweet on its official account, “An Umrah application is available for download through which a permit can be obtained to perform Umrah and visit the Prophet’s Mosque starting from the date of Safar 17, 1442 AH (next Sunday October 4) as a first stage.”

Okaz newspaper wrote, “The Saudi Ministry of Hajj and Umrah begins to activate the application of (Umrah) coinciding with the start of the gradual return to Umrah in the Grand Mosque and the visit of the honorable kindergarten in the Prophet’s Mosque, starting on (Sunday) the current 17th of Safar.”

The Ministry stressed that organizing the entry of pilgrims, worshipers and visitors will be through the application only, which was developed in cooperation with the Saudi Authority for Data and Artificial Intelligence, and the application will enable those wishing to visit Makkah and Madinah and pray in the Two Holy Mosques, to organize their performance times for the rituals, pre-planning the trip, and reserve optional services In order to ensure the implementation of the precautionary and preventive controls and measures to maintain public health, and the data recording will be directly related to the application of (Tawakkulna), and the step will include a number of procedures, including providing a guarantee that the pilgrim or visitor is free from Corona virus, and the application allows choosing the appropriate time and choosing Accompanying services, such as transportation, assembly points, and service center.

On the other hand, the General Presidency for the Affairs of the Grand Mosque and the Prophet’s Mosque puts the final touches on its plan for a gradual return, which will include a number of preventive and precautionary measures to ensure the safety of the pilgrims of the Two Holy Mosques and to prepare all means for them to perform their rituals with ease in order to achieve separation. And the President-General, Dr. Preventive and precautionary followed. In another context, the virtual forum to enrich the experience of the guest of Rahman, which was held by the Ministry of Hajj, finally, in the presence of Minister Dr. Muhammad Saleh Benten, revealed that 8 countries will account for about 60% of the number of Muslims in the world until 2050.

A working paper presented by the Dean of the Custodian of the Two Holy Mosques Institute for Hajj Research, Dr. Basem Qazi, indicated that Indonesia, India, Pakistan, Bangladesh, Nigeria, Egypt, Iran and Turkey will continue to be at the forefront of the most populated countries in the number of Muslims, and in 1451 AH India will lead the world in the number of Muslims, and in 1461 AH Pakistan will surpass Indonesia by a difference Simple and its competition in second place, while Nigeria ranks fourth, surpassing Bangladesh by 4.7 million Muslims, and in 1471 AH, Pakistan takes second place, and Indonesia retreats to third place, and Nigeria confirms its position as the fourth largest country in the number of Muslims, achieving the highest growth rate in the eight countries, Turkey surpasses Iran. While Iran drops to eighth place.

Dr. Bassem Qadi indicated in his scientific paper at the forum that knowledge of the characteristics of pilgrims influences decision-making and the service industry provided to the pilgrims. He explained that in many years the country of Japan does not exceed 100 pilgrims, and that the Kingdom receives 188 nationalities in the world during the Hajj seasons, and that most of the pilgrims have good knowledge of using the Internet, 10% of them have postgraduate studies and 20% are below intermediate education.

One of the working papers showed that the reasons for the institutional transformation of Umrah companies are the limitation of many companies to basic services, lack of transparency and reliability in service, raising the level of service quality and efficiency of workers, alignment with the transformation in the system and structuring of visit visas, rooting the full use of the capabilities and assets of fixed companies in providing services and stimulating mergers. .

These were the details of the news Saudi Arabia allows downloading the “Umrah” application to book Umrah, starting... for this day. We hope that we have succeeded by giving you the full details and information. To follow all our news, you can subscribe to the alerts system or to one of our different systems to provide you with all that is new.