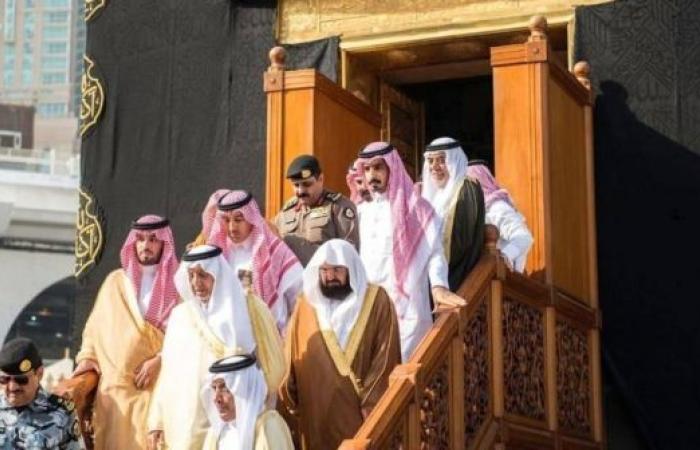 King Salman has given his approval to wash the Holy Kaaba on Muharram 15 (Sept. 3) while adhering to precautionary measures and preventive protocols to stem the spread of coronavirus.

On this occasion, Sheikh Abdul Rahman Al-Sudais, head of the General Presidency for the Affairs of the Two Holy Mosques, said that the King’s approval shows the keenness of this blessed country to take care of the Two Holy Mosques as well as pilgrims and visitors to the holy mosques. The washing of Islam’s holiest shrine will be held strictly in line with the precautionary measures to ensure the safety of all, he said.

The annual customary washing of the Kaaba will be held using Zamzam water mixed with rose water, oud and other perfumes. The presidency decided last year to hold the Kaaba washing ceremony once a year and that is on Muharram 15 and canceled its washing for the second time in the month of Shaaban due to the ongoing expansion projects at the Grand Mosque.

The washing of the Holy Kaaba is as per the example set by Prophet Muhammad (peace be upon him). When the Prophet (pbuh) entered the Holy Kaaba during the Conquest of Makkah, he washed the structure and cleansed it of idols, and the custom was followed by the rightly-guided caliphs without setting a specific date for the ceremony.

Since the era of King Abdulaziz, the founder of modern Saudi Arabia, it has been customary to wash the Holy Kaaba twice every year, the first in Muharram, the first month of the Hijri year, and the second at the beginning of the month of Shaaban, while the Kiswa (covering) of the Kaaba is changed once a year on Arafat Day, Dhul Al-Hijjah 9.

It is customary for the Saudi monarch or his representative to wash the Holy Kaaba from inside. Towels are used to wipe the walls of the Kaaba. The interior walls are cleansed with a white cloth dipped in rose and musk perfumes. Zamzam water mixed with rose perfume is splashed on the floor and is wiped with bare hands and palm leaves.

These were the details of the news Makkah emir to wash Holy Kaaba Thursday for this day. We hope that we have succeeded by giving you the full details and information. To follow all our news, you can subscribe to the alerts system or to one of our different systems to provide you with all that is new.

PREV Saudi Arabia intends to give the vaccine free of charge to...
NEXT U20 to launch emergency fund for cities