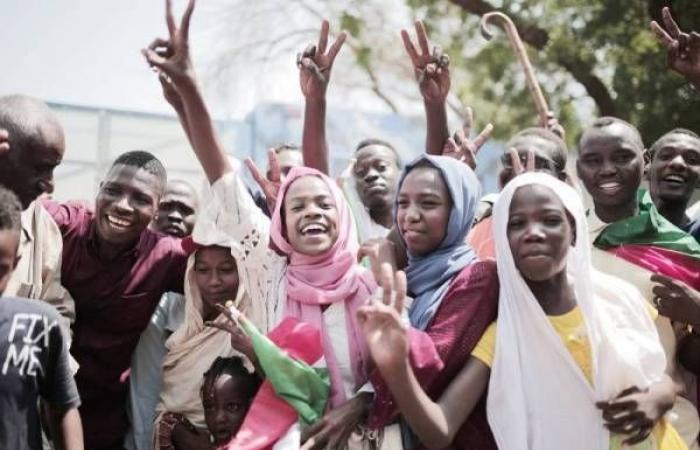 We show you our most important and recent visitors news details Saudi Arabia, others welcome Sudan peace deal agreement in the following article

RIYADH — Saudi Arabia, Arab states and organizations have welcomed on Monday the agreement on a historic peace deal between the Sudanese government and five armed groups.

Commenting on the developments, Saudi Arabia’s Foreign Ministry said that the agreement is an important step toward achieving the ambitions of the fraternal Sudanese people and their just hopes for peace, development and prosperity.

The ministry hailed the will and efforts of the transitional government and armed groups for prioritizing national interests and reaching the agreement, calling on remaining parties of the conflict to seize this historic opportunity and join the peace process.

The ministry reaffirmed Saudi Arabia’s complete support of Sudan as it pursues efforts to bolster its security and stability.

Sudanese leaders and rebel commanders agreed Monday on a historic peace deal in a move aimed at ending 17 years of conflict.

Leaders of the Sudan Revolutionary Front (SRF), an umbrella organization of rebel groups from the western region of Darfur and the southern states of South Kordofan and Blue Nile, raised their fists in celebration after inking the agreement.

The deal was “initialed” and not signed, as a way to leave the door open for two key holdout rebel groups to join in a “final” agreement, officials said. Two rebel factions have refused to take part in the deal.

The deal offers the groups political representation and devolved powers, integration into the security forces, economic and land rights and the chance of a return for displaced people.

Bahrain’s Ministry of Foreign Affairs of Bahrain welcomed the development, stressing the importance of the step in establishing security and stability and achieving the aspirations of the Sudanese people.

The Bahraini foreign ministry appreciated the mediation and strenuous efforts of South Sudan to reach this agreement, calling on the rest of the armed groups to follow suit and prioritize the national interest, and renewing Bahrain's position in supporting Sudan's priorities, which aim to preserve its sovereignty, security and stability.

Kuwait also welcomed the agreement. In a press statement, the Kuwaiti Ministry of Foreign Affairs affirmed Kuwait's support for Sudan at this stage and its efforts to achieve security and peace in all its territories.

Egypt affirmed its support for the Sudan government in its relentless efforts to bring peace to the country, which would bring stability and prosperity to the Sudanese people.

It also expressed its readiness to continue its support for all efforts aimed at achieving stability in Sudan, in coordination with various regional and international partners.

Meanwhile, Secretary-General of the Organization of Islamic Cooperation Dr. Youssef Bin Ahmed Al-Othaimeen praised the signing of the initials of the peace agreement in Sudan.

Al-Othaimeen expressed his hope that with this historic agreement, the Sudanese will start their new life toward stability and prosperity, calling on the rest of the parties to enter into serious negotiations with the transitional government with the aim of reaching a comprehensive, just and lasting peace in all over Sudan.

Secretary-General of the Arab League Ahmed Aboul Gheit has welcomed it saying that that the Arab League is committed to pushing forward all forms of cooperation and coordination with all Sudanese peace partners.

The president of the Arab Parliament said that this agreement represents a new stage and an important step towards achieving security and peace and ending the 17-year civil war in Sudan.

In a statement, Al-Salami praised the sincere desire of all parties to the agreement to end the armed conflict and achieve peace, appreciating efforts exerted by South Sudan in sponsoring the peace negotiations that lasted for about ten months, calling on all parties of the political process in Sudan to assume their national responsibility in transforming this agreement into a tangible reality.

These were the details of the news Saudi Arabia, others welcome Sudan peace deal agreement for this day. We hope that we have succeeded by giving you the full details and information. To follow all our news, you can subscribe to the alerts system or to one of our different systems to provide you with all that is new.