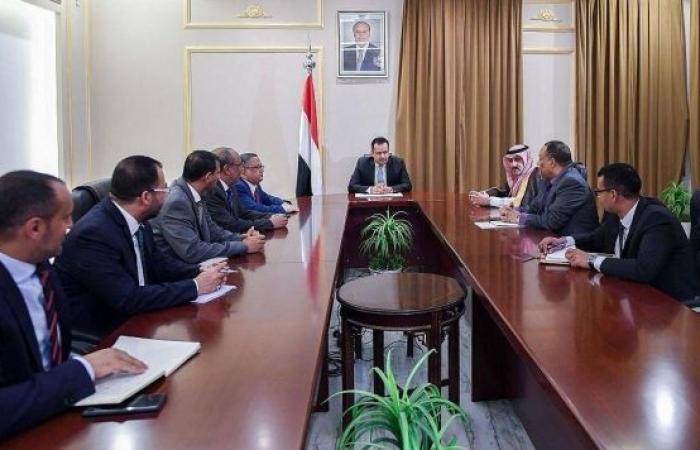 RIYADH — Yemeni Prime Minister Dr. Maeen Abdulmalik Saeed has held a meeting with the chairman and members of the Southern Transitional Council (STC) within the framework of continuous efforts to implement a mechanism to accelerate the Riyadh Agreement, the Saudi Press Agency reported.

Saudi Ambassador to Yemen Mohammed bin Saeed Al Jaber, who is also the supervisor of the Saudi Program for Development and Reconstruction of Yemen, attended the meeting.

During the meeting, the two sides discussed the challenges and obstacles facing the implementation of the agreement’s mechanism. They agreed to a set of solutions, including the continuation of consultations to form an inclusive government, bring the military forces out of Aden and reposition all military forces to war fronts. These solutions will contribute to providing services and overcoming economic, security, and military challenges.

The Yemeni prime minister and the STC delegation praised efforts exerted by Saudi Arabia for achieving security and peace in Yemen and the region.

For his part, the Saudi ambassador praised keenness of all parties on implementing the Riyadh Agreement and its acceleration mechanism in order to support security, stability, and development in Yemen.

These were the details of the news Yemeni PM discusses Riyadh Agreement with STC delegation for this day. We hope that we have succeeded by giving you the full details and information. To follow all our news, you can subscribe to the alerts system or to one of our different systems to provide you with all that is new.