Missing Saudi found dead in the desert in 'sujood' position 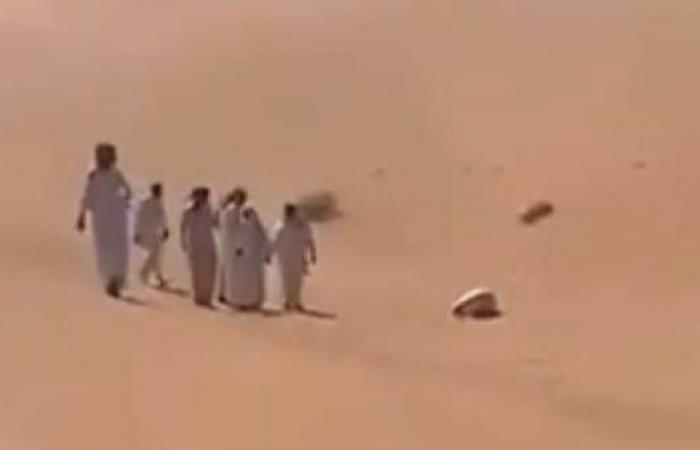 RIYADH — A rescue team found the body of a Saudi in the middle of the desert in Riyadh region in 'sujood' (prostration) position. The man, who had gone missing four days ago, had his palms and forehead on the sand as if in deep supplication.

Videos of the rescue team finding the man and his car, which was stocked with sticks indicating he was gathering wood, went viral on social media platforms, prompting hundreds of the users to pray for him online.

Dhuwaihi Hamoud Al-Ajaleen had gone missing from his home in Riyadh’s Wadi Al-Dawasir, according to local media reports

The 40-year-old was found later in the middle of the desert after police launched an intensive search for him.

Rescue teams drove through the desert before finding Al-Ajaleen a few meters away from his car, local media said.

These were the details of the news Missing Saudi found dead in the desert in 'sujood' position for this day. We hope that we have succeeded by giving you the full details and information. To follow all our news, you can subscribe to the alerts system or to one of our different systems to provide you with all that is new.