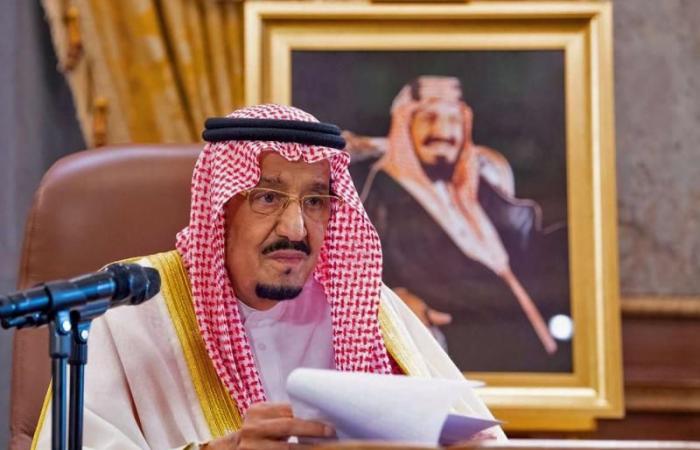 Hind Al Soulia - Riyadh - Saudi authorities seem to have found out that the best way to preempt leaks and misinformation is by full disclosure of the facts by official sources.

RIYADH - The manner in which the Saudi Royal Court announced King Salman bin Abdulaziz Al Saud's illness and his hospitalisation in Riyadh showed signs of new transparency in the Saudi kingdom.

Dealing publicly and in the press with the private affairs of the Saudi royal family and the royal court, such as the king’s illness or that of any important member of the royal family, used to be an official taboo. Overriding official concern for confidentiality used to extend to reporting about such topics as the kingdom’s relationship with Iraq, for example.

A statement by the Saudi Royal Court announced that King Salman had been admitted to a hospital in Riyadh for tests due to inflammation of the gallbladder. This led to the postponement of the visit of Iraqi Prime Minister Mustafa al-Kadhimi to the kingdom.

It was a rare occurrence for the kingdom to make public any information related to the health of the 84-year-old Saudi monarch, who has been leading the Middle Eastern oil powerhouse since 2015.

Analysts believe that the new Saudi Arabia has begun to understand that news kept secret eventually comes out in the form of leaks and is likely to be used in a way that offends or harms the kingdom. Therefore, Saudi authorities seem to have found out that the best way to preempt leaks and misinformation is by full disclosure of the facts by official sources.

The tough lesson in transparency and media management came from dealing with the case of Saudi journalist Jamal Khashoggi, who killed in Istanbul. Saudi officials have learned that it is best to deal with urgent developments and emergencies openly and transparently rather than remain silent or give belated accounts that eventually fail to stop the onslaught of smear campaigns against the kingdom.

It seems that Saudi Arabia has entered a new stage based on transparency in dealing with state news, at a time when it has become impossible to control leaks. This will give Saudi media the opportunity to join in on the change. Saudi media could, in fact, become the best source for the kingdom’s news and be the first to report on political figures and military and economic deals, instead of burying its head in the sand. In recent years, the Saudis have experienced firsthand the harmful effects of keeping information under tabs, whether on the Khashoggi case or in the case of the war in Yemen.

This new orientation is also reflected in the kingdom’s performance on the diplomatic front. Official deals and agreements with foreign powers used to be unannounced, which would deprive the kingdom of the opportunity to show the general public and the world the strategic importance of these deals and agreements for the kingdom. With transparency in place, it is now possible to openly talk about how Saudi Arabia’s interests justify having a strong relationship with Iraq, for example, as a clear indication that Riyadh no longer has to hide its desire to win over Iraq within the context of its strategic competition with Iran in the region.

Kadhimi postponed his scheduled visit to Saudi Arabia on Monday after King Salman was admitted to the hospital, according to Saudi Foreign Minister Faisal bin Farhan.

“The kingdom appreciates the fact that the Iraqi prime minister had chosen it to be his first foreign destination since taking office,” bin Farhan wrote on Twitter.

“In celebration of this extremely important visit and desirous of providing all means for its success, our wise leadership, in coordination with our brothers in Iraq, opted for the postponement of the visit until after the Custodian of the Two Holy Mosques leaves the hospital,” he added.

Hours before the trip to Saudi Arabia, Kadhimi’s office said it had received news that King Salman suffered “an urgent health problem that required his hospitalisation for some medical tests.”

The office stated that it has been decided to “postpone the visit to the earliest possible date agreed upon by both sides,” and that the prime minister spoke to Crown Prince Muhammad bin Salman bin Abdulaziz, wishing King Salman “expedient recovery and best of health.”

Iraqi ministers of electricity, oil and finance had arrived in Saudi Arabia on Sunday to prepare for Kadhimi’s visit, according to Iraqi officials. The delegation was supposed to return to Baghdad later on Monday, after meeting with the king.

“I look forward to seeing the Custodian of the Two Holy Mosques leave the hospital as soon as possible fully recovered, so that I can visit the Kingdom of Saudi Arabia and wish him well personally,” Kadhimi wrote on Twitter.

He also said that he considered Iraqi-Saudi relations to be solid and based on the belief in common strategic interests, “and I am optimistic about their future.”

Since King Salman’s rise to power in 2015 following the death of his brother, the late King Abdullah bin Abdulaziz, Saudi Arabia has launched a series of ambitious economic reforms to diversify its oil-dependent economy, in addition to giving women more freedoms, opening up to cultural and artistic activities and hosting international concerts, in an effort to break the hold of extremist ideologies over the lives of Saudi citizens.

The Saudi monarch has also opened the gate of power to a young generation of the Saud family, and made significant changes in the system of succession to the Saudi throne. These changes coincided with the rising of his son, Crown Prince Mohammed, whom he appointed defence minister in 2015 at the age of 30, and later as crown prince.

In 2017, the kingdom denied that King Salman was about to abdicate in favour of his young son, who is widely seen as the de facto ruler of the country.

“There is absolutely no possibility that the king will abdicate,” a Saudi official told Bloomberg, adding that Saudi monarchs usually remain in power even when their health prevents them from performing their duties.

These were the details of the news Handling of king’s illness reflects greater transparency in Saudi Arabia for this day. We hope that we have succeeded by giving you the full details and information. To follow all our news, you can subscribe to the alerts system or to one of our different systems to provide you with all that is new.