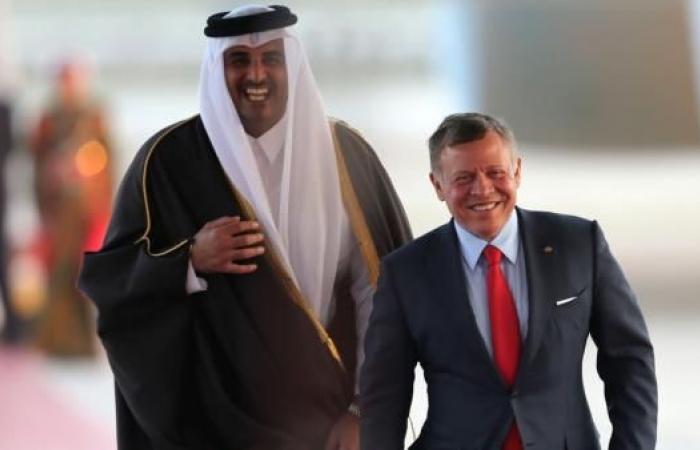 Aden - Yasmine El Tohamy - The Emir of Qatar, Sheikh Tamim bin Hamad Al Thani, will visit Jordan next Sunday, the Qatari embassy in Amman announced on Wednesday, signalling a rapprochement between the two nations following Jordan's cut-back of diplomatic ties with Doha during the launch of the Gulf blockade of 2017.

A meeting is expected between Sheikh Tamim and Jordan's King Abdullah on Sunday, where the pair will sign a number of economic agreements.

The Emir will be accompanied by a high-level delegation, according to Jordanian sources, making it the first visit of its kind since 2014.

The source added that the region's political developments will also be discussed during the visit.

The trip signals a key change in relations between the two countries, who fell out over the blockade of Qatar waged in July 2017 by a number of Arab countries led by Saudi Arabia.

In solidarity with the blockade, Jordan downgraded its ties with Qatar and closed the Amman office of Al Jazeera, indicating the influence Saudi Arabia wields over its neighbour and beneficiary.

However since then, Jordan's parliament has put continuous pressure on the leadership to restore ties. Sunday's high-level visit therefore indicates Saudi influence in Jordan may be waning.

Economic links have remained strong between the two countries despite the blockade, with trade between the pair's private sector estimated at $400m.

Qatar is also the third-largest investor in Jordan, with a $2bn combined stake concentrated mostly in finance and real estate.

The gas-rich kingdom also donated a $500 million aid package to cash-strapped Jordan in 2018 and offered 10,000 job opportunities for Jordanians in Doha.

These were the details of the news Qatar Emir to visit Jordan signalling thaw in relations for this day. We hope that we have succeeded by giving you the full details and information. To follow all our news, you can subscribe to the alerts system or to one of our different systems to provide you with all that is new.