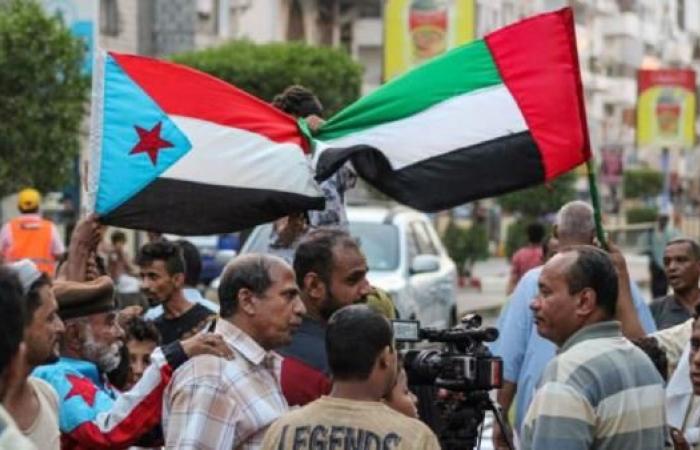 The move was prompted by promises made by the UAE-backed STC to increase salaries for members of the coast guard battalion to match those of the Security Belt Forces - the southern separatists' military arm.

The separatists - who seek renewed independence for the south, which was ruled by a separate state until 1990 - have received arms and training from the UAE.

Socotra's Governor Ramzi Mahrous slammed the move as a renewed attempt by the UAE to cause further chaos on the island, where it has been cultivated widespread animosity in recent years.

Mahrous warned the defectors would be given just 24 hours to revoke their move, in a sentiment that was shared with the island's highest tribal leader Sheikh Issa Bin Yakut.

The UAE is a key actor in Yemen, where Abu Dhabi first intervened in 2015 as part of the Saudi-led coalition backing the government of president Hadi.

But the UAE has been accused by Yemen’s Hadi government of attempting to occupy the south of the country, where it has established a strong base and trained thousands of fighters.

The UAE's activities in the south triggered a war within a war between rival unionist and separatist elements of the loyalist security forces, which the UAE backs.

The Security Belt Forces seized Aden in deadly fighting with unionists in August but a fragile truce reached in Saudi Arabia last month has so far failed to produce a promised power-sharing government.

In January, the separatists withdrew from a key facet of the agreement it signed with the government in November to end the "civil war within a war", a further blow to those seeking a wider deal to end years of war.

The Separatist Transitional Council pulled out of joint committees working to implement the Riyadh agreement, a STC spokesperson told Reuters.

The Riyadh Agreement signed on 5 November also stipulated the creation within 30 days of a new 24-member cabinet with equal representation for the southerners.

In November, protests rocked Yemen's scenic Socotra island when hundreds of demonstrators rallied against the United Arab Emirates, which they accuse of occupying the island.

Chanting "no to occupation" and "out out occupiers", the protesters marched across the UNESCO World Heritage Site's capital Hadibo in a strong show of unity against the UAE, which has on several occasions attempted to secure its control over the island.

In 2019, Yemen's government accused the UAE of deploying its troops on the archipelago during a visit by Prime Minister Ahmed Bin Daghr.

In 2018, the government accused the UAE of seizing the island when it unloaded tanks and troops there. Saudi Arabia, leader of the pro-Hadi Arab coalition, had to send troops to Socotra to defuse a standoff between Emirati and Hadi forces.

In May, Yemen's interior minister criticised the UAE and said it should concentrate on fighting the Houthis instead.

"I think our partnership with the coalition is the war against the Houthis and not sharing the administrations of the liberated territories," Ahmed al-Mayssari said in comments broadcast by Yemeni television channels at the time.

The UAE has denied Yemeni accusations that it is seeking control of the island.

The lack of concrete progress since the Riyadh agreement was signed comes as a blow to those hailing it as a stepping stone towards ending the wider conflict, described by the UN as the world's worst humanitarian crisis.

The conflict, which escalated with the Saudi-led coalition intervention in 2015, has unleashed the world's worst humanitarian crisis, according to the UN, which says 80 percent of the population - 24 million people - are in need of aid.

Nearly 10 million people are just a step away from famine, UN aid chief Mark Lowcock warned, and figures suggest more than 100,000 have been killed.

These were the details of the news Socotra coast guard battalion defects to UAE-backed southern separatists for this day. We hope that we have succeeded by giving you the full details and information. To follow all our news, you can subscribe to the alerts system or to one of our different systems to provide you with all that is new.