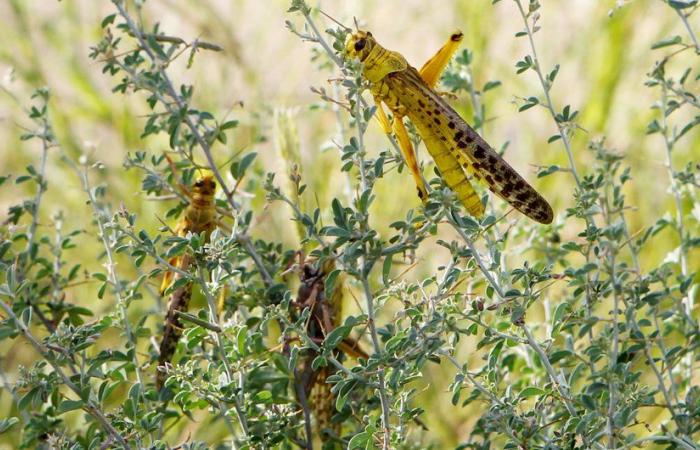 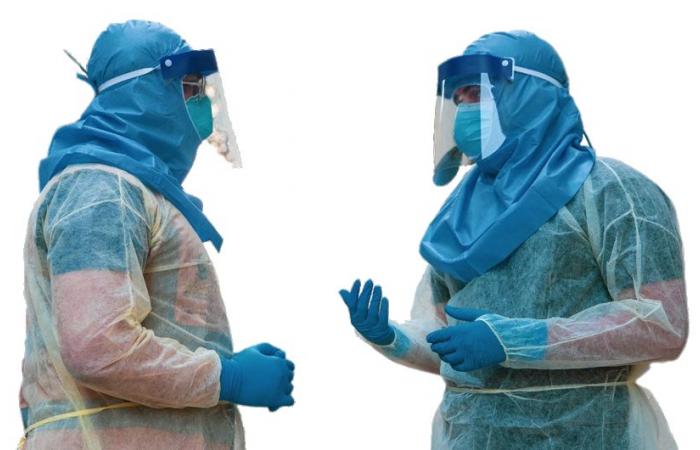 Thank you for reading the news about KSA clears 369,000 hectares of desert locust swarms and now with the details

Jeddah - Yasmine El Tohamy - JEDDAH: The King Abdul Aziz Foundation for Research and Archives (Darah) recently released “War on Disease and Epidemics,” a documentary produced by the Ministry of Media more than 50 years ago that tells the story of the Saudi government’s efforts to preserve the health of its citizens and expats since the Kingdom’s inception, beginning with a focus on tuberculosis in the early 1950s.

“First, the country was divided into 10 semi-autonomous regions where hospitals, health care clinics and research centers were established. In a short time, these regions were provided with all the necessary medical equipment to detect diseases and fight them wherever they were found,” the documentary says, explaining that medical treatment was provided to everyone in Saudi Arabia for free at that time:
“(Fifty years ago) Saudi Arabia withdrew more than SR140 million ($37.3million) from the country’s key source of income — oil revenues — to help health care workers protect people against sicknesses.”
Within a year, mobile medical units traveling around the country had taken 20,000 X-rays in hospitals and health care clinics. Thanks to early intervention, the number of tuberculosis cases in the Kingdom dropped and those infected were quarantined at hospitals established in cities with lower average temperatures, such as Al-Sadad Chest Disease Hospital in Taif.
After controlling tuberculosis, the Health Ministry began to intensify its efforts to deal with malaria. Agents were sent out to spray insecticides on ponds and wells where mosquito were likely to lay their eggs, and a dedicated malaria center was established, to which people were asked to immediately report suspected cases.
“When a person was suspected of being infected, a sample of their blood was taken and sent to the regional laboratories. When confirmed, the Health Ministry provided them with the necessary drugs straightaway,” the documentary says.

• Thanks to early intervention, the number of tuberculosis cases in the Kingdom dropped and those infected were quarantined at hospitals established in cities with lower average temperatures, such as Al-Sadad Chest Disease Hospital in Taif. • In 1957, the Kingdom established one of the world’s biggest quarantine centers in Jeddah, at a cost of $4million.

The Darah documentary goes on to highlight a number of other campaigns run by the ministry, including a poster campaign that helped it reduce rates of the contagious bacterial eye infection trachoma.

It also explains how the ministry managed to incorporate treatment for desert-dwelling nomads with no fixed address and the millions of pilgrims arriving every year. The ministry established a number of mobile medical camps that provided treatment to them, including surgery.
And in 1957 the country established one of the world’s biggest quarantine centers in Jeddah, at a cost of SR15 million ($4million).
The film also highlights the government’s efforts to care for the mentally ill. The Mental Health Hospital in Taif opened in the early 1960s and is now one of the Middle East’s leading mental health care facilities, according to the documentary.
Today, Saudi Arabia has succeeded in making an integrated health system in accordance with the best international health practices, providing health care to over 31 million Saudis and expats in a fair and accessible manner. Its services also extend to the millions of worshippers who come for Hajj and Umrah annually.
The country has also become a leading health destination for sophisticated surgical procedures, such as conjoined twin separations. Dozens of such treatments have been carried out on children from around the world with the Saudi government footing the bill.

These were the details of the news KSA clears 369,000 hectares of desert locust swarms for this day. We hope that we have succeeded by giving you the full details and information. To follow all our news, you can subscribe to the alerts system or to one of our different systems to provide you with all that is new.