Kabul shrugs after US says troop pullout ‘on track’ 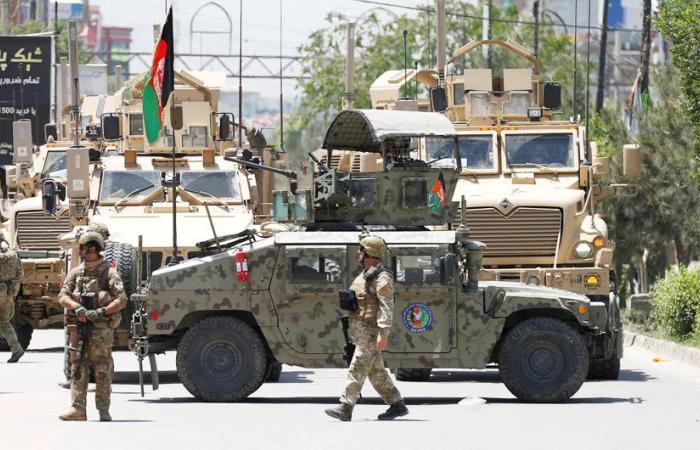 Jeddah - Yasmine El Tohamy - KABUL: Afghanistan on Saturday downplayed Washington’s claim that it was on track with a total pullout of US troops from the war-torn country, saying that Kabul was self-sufficient and the withdrawal would have no impact on local forces.

“If US troops leave Afghanistan, there will be no vacuum because the Afghan forces are in a position to conduct ground operations 100 percent. They have become self-sufficient and can perform ground offensives independently,” Fawad Aman, chief Defense Ministry spokesman, told Arab News.

However, local forces will continue to bank on US and NATO nations for some time, with “serious discussions” underway, he said.

It follows a statement by US officials in Washington on Friday, claiming that the withdrawal process was on track, despite a spike in attacks, a stalled intra-Afghan dialogue and a political stalemate.

As part of the conditions-based deal signed in February this year, the process will see the reduction of troops by 8,600, by July 15, and the abandonment of five bases in Afghanistan, media reports citing US officials said on Friday.

Additionally, by next spring, all foreign forces are expected to leave Afghanistan, ending Washington’s longest war in history after nearly 20 years of engagement, with loss of money and lives on all sides, particularly among Afghans, who have witnessed more than four decades of conflict.

“However, based on the pledges made in the peace deal, US and NATO member countries will continue to mentor Afghan forces and provide them with equipment and funding, costing billions annually until 2024,” Aman said.

US President Donald Trump had made the withdrawal of all troops from Afghanistan his top priority during the 2016 election campaign.

With the Taliban gaining ground despite an increase in ground forces, the high cost of war and rising public resentment to it, and political infighting among Afghan leaders, Trump had assigned a special envoy in 2018 to initiate peace talks with the insurgents.

After more than a year of intensive talks behind closed doors, special envoy Zalmay Khalilzad succeeded in brokering a deal with the Taliban in Doha, which paved the way for troops to leave the country by 2021.

In return, the Taliban, who US-backed forces toppled from power in late 2001, pledged not to allow areas under their control to be used against any country, including US interests and to halt attacks against foreign forces.

If US troops leave Afghanistan, there will be no vacuum because the Afghan forces are in a position to conduct ground operations 100 percent. They have become self-sufficient and can perform ground offensives independently.

However, the government said the Taliban has carried out more than 3,000 attacks since February, while the insurgents accuse Kabul of provoking them.

Opponents of the deal in Washington and Kabul raised concerns that the Taliban — encouraged by the controversial accord — will try to usurp power once again in Afghanistan and the gains made in the country since US invasion will be lost.

Supporters of the agreement argue that the troops’ pullout is needed, considering Washington’s plan for winning the war as a failure in Afghanistan, and that some leaders in Kabul and elsewhere are seeking to enrich themselves with the help of US aid and Washington’s continued presence in the country.

They have pinned their hopes on the start of peace talks between the Taliban and other Afghans, including President Ashraf Ghani’s government, which should have begun in March based on the Qatar deal.

US officials have voiced their frustration at the lack of progress on the start of the talks, as well as the exchange of prisoners between the government and the Taliban.

The announcement by US officials that the troop pullout is on track comes amid heightened tension in recent days between US officials and Ghani’s government, which is also grappling with political pressure from the Afghan leader’s arch poll rival Dr. Abdullah Abdullah and the coronavirus pandemic.

Last week’s deadly attack on a maternity hospital in the Nangarhar province of Kabul and the launch of retaliatory operations against the Taliban by Ghani are among signs of the growing friction, analysts say.

Government leaders blame the Taliban for the attack, which killed 24 civilians, including newborn babies, pregnant women and hospital staff on Tuesday.

The Taliban have denied involvement, with Washington saying on Friday that it believed Daesh was responsible.

In response to Ghani’s launch of attacks against the Taliban, Washington said the Afghan government and the militants needed to cooperate in the fight against Daesh.

“The US has told Ghani that ‘if you are fighting the Taliban, then America is not on your side’,” Wahidullah Ghazikhail, an analyst, said.

The troop withdrawal could “further isolate the current government” in Afghanistan, he added.

“If Ghani does not start negotiations with the Taliban, the latter will further escalate their attacks, and government security commanders will abandon their duties as corruption is rife among the troops,” he said.

These were the details of the news Kabul shrugs after US says troop pullout ‘on track’ for this day. We hope that we have succeeded by giving you the full details and information. To follow all our news, you can subscribe to the alerts system or to one of our different systems to provide you with all that is new.