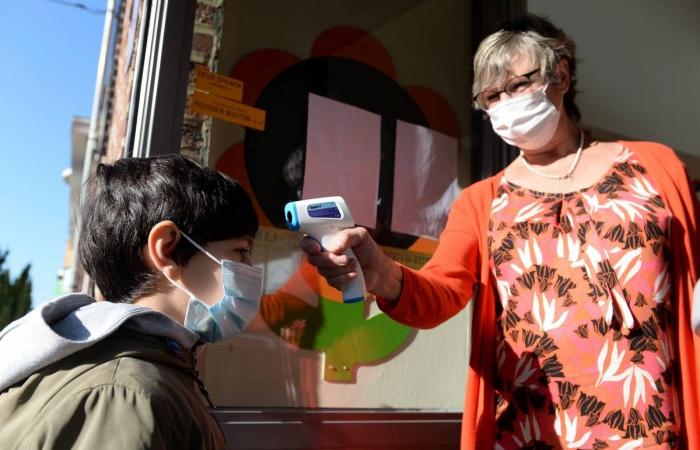 Thank you for reading the news about Coronavirus: Europe sees two deaths, multiple cases of Covid-linked syndrome in children and now with the details

Aden - Yasmine El Tohamy - The Swedish-based European Centre for Disease Prevention and Control said in a risk report that two children had succumbed to the condition: one in Britain and one in France.

A new life-threatening inflammatory syndrome associated with Covid-19 has affected 230 children in Europe and killed two so far this year, a regional health body said on Friday, as medics worldwide were asked to be on alert.

The Swedish-based European Centre for Disease Prevention and Control (ECDC) said in a risk report that two children had succumbed to the condition: one in Britain and one in France.

The new coronavirus has so far taken its greatest toll on the elderly and those with chronic health conditions, but reports about the syndrome in children have raised fears it could pose a greater risk to the young than first through.

At a briefing in Geneva, the World Health Organisation (WHO) urged clinicians to be alert to the rare syndrome, but cautioned that links to Covid-19 were still unclear.

"I call on all clinicians worldwide to work with your national authorities and WHO to be alert and better understand this syndrome in children," said WHO Director General Tedros Adhanom Ghebreyesus.

The WHO was to issue later on Friday a definition of the syndrome, which it said had become more frequent during the current pandemic but has also appeared in children who did not test positive for Covid-19.

"We know so far very little about this inflammatory syndrome," said WHO epidemiologist Maria Van Kerkhove.

In France, doctors said a nine-year old boy died a week ago in the southern town of Marseille after developing a syndrome akin to Kawasaki disease and being in contact with the coronavirus though not suffering its symptoms.

He was hospitalised on May 2 after scarlet fever had been diagnosed. Back home, he suffered from a severe heart ailment and was rushed back to Marseille's Timone hospital's intensive care unit, where he died.

French researchers on Thursday reported Kawasaki disease-like symptoms in 17 children admitted to a Paris hospital between April 27 and May 7, while in an average two-week period they would have expected to see only one such case.

The European Union (EU) health body ECDC added it had agreed to include the syndrome as a possible complication of Covid-19 to be reported for Europe-wide surveillance.

Research efforts should aim at determining what role the coronavirus, if any, plays in causing PIMS, it said.

The risk of PIMS in children is currently considered low, as is the risk of them contracting Covid-19, the agency said.

The U.S. Centers for Disease Control and Prevention on Thursday issued guidance to doctors on how to recognise and report cases of the syndrome, following the reports of cases in Europe and more than 100 in the state of New York.

At its briefing, the WHO also urged governments and companies to work together to develop a vaccine and treatments against Covid-19, and make distribution equitable.

"Traditional market models will not deliver at the scale needed to cover the entire globe," Tedros said.

Addressing the briefing, Costa Rica's President Carlos Alvarado called for creating a pool of patents and licences on a voluntary basis to enable fair access.

France said on Thursday the world's nations would have equal access to any vaccine developed by pharmaceuticals giant Sanofi , a day after the CEO suggested that Americans would likely be the first in line.

These were the details of the news Coronavirus: Europe sees two deaths, multiple cases of Covid-linked syndrome in children for this day. We hope that we have succeeded by giving you the full details and information. To follow all our news, you can subscribe to the alerts system or to one of our different systems to provide you with all that is new.