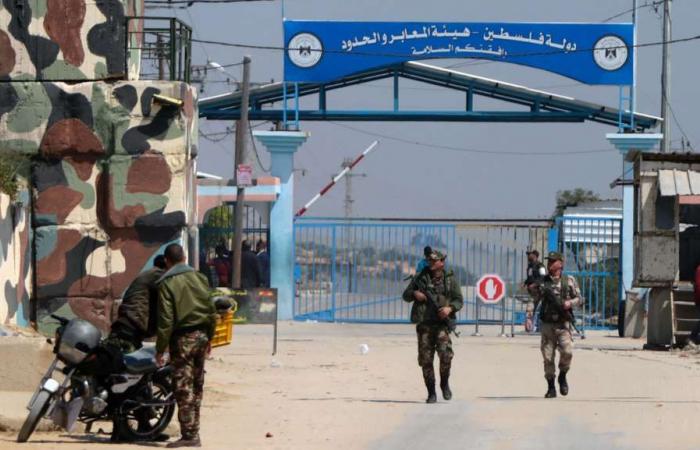 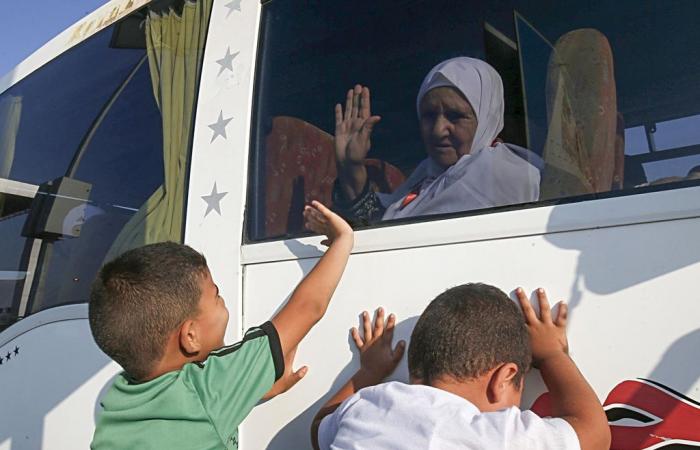 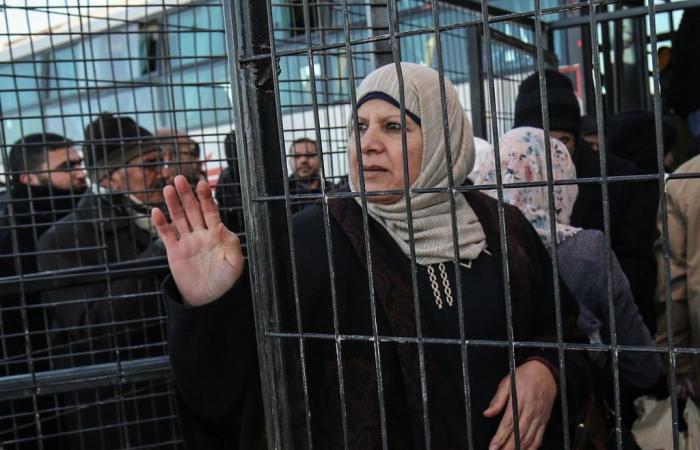 Hind Al Soulia - Riyadh - Amjad Yaghi, who was reunited with his mother after 20 years in Egypt last week, is far from the only Gazan who has experienced family separation due to restrictions imposed by Israel.

For residents of the Gaza Strip wishing to travel outside of the besieged territory and members of the Palestinian diaspora wanting to visit, the two border posts of Rafah and Erez are symbols of broken hopes and dreams.

Nahed Khader, 42, has four children and manages a pharmacy in Dubai. She travelled to Gaza last summer to attend her sister’s wedding, but the experience turned from a happy event to what she terms “a piece of hell”.

"I didn't come to Gaza or see my family for the last 7 years, and when my sister set a date for her wedding and the situation of Rafah border became better than before, I decided to go to Gaza," she says.

The Erez border in the north of the Gaza Strip is controlled by Israeli authorities and is used only in humanitarian cases or other exceptional cases such as sports teams or students travelling abroad. Those needing to leave Gaza through this border post must apply for permission from the Israeli government.

The situation is making Gazans turn elsewhere to another exit route, the Egyptian crossing of Rafah in the south of the strip, where they say they are having to pay extortionate fees for the visas to cross.

Despite this, exits have more than doubled since 2017, with 168,000 people leaving through the Erez crossing so far this year compared to just 83,000 two years earlier, according to UN figures.

The Rafah border connects with Egypt and has been under Hamas control since the militant movement took control of the enclave in 2007 after it ousted Fatah, its rival Palestinian faction.

From mid-2012 to mid-2013 the crossing was open regularly, with some 40,000 exits and entries recorded each month, Miriam Marmur, spokesperson for the Gisha Legal Centre for Freedom of Movement says.

Beginning in July 2013, the crossing remained closed most of the time, until it resumed more regular operations in May 2018.

“Even when Rafah is open, only people meeting Egypt’s criteria may travel through it, subject to preregistration: Gaza residents with foreign residency or passports, patients with referrals for medical treatment in Egypt, and individuals with study, work or family visitation visas for third countries," says Ms Marmur.

"Many of those seeking to travel do not meet these criteria and getting permission to cross in practice, even for people who do meet them, can take time.”

Ms Khader had fallen foul of exactly these troublesome restrictions.

"I couldn't come to Gaza to visit my family before because the border used to be closed more than it was open,” she says. “I came 10 years ago and ended up stuck there - I lost my job here in Dubai because I spent around two months trying to leave Gaza before I was successful."

To visit Gaza again was a big risk, she adds. “Especially because my current work gave me one month vacation" that was not allowed to be renewed.

After Ms Khader arrived in Gaza in 2018, she followed the system and registered her name on the list of travellers controlled by Gaza’s Ministry of Interior. In theory, registration should have allowed her to leave after her allotted holiday period of one month, but as the end of her trip drew nearer it became obvious she would not be allowed to leave.

Gazan authorities told her she must stay due to a backlog of other travellers waiting to leave Gaza.

Around 200 to 250 people are permitted to leave Gaza daily via the Rafah border, a tiny amount compared to the thousands on waiting lists.

Travellers like her, who lose hope of being able to leave Gaza in the normal way may pay for a special permit arranged by a private Egyptian travel company. One such company, named Hala, offers to pick up those who can afford to pay from a residence in Gaza and transport them with minimal hassle through the border and on to Cairo.

Ms Khader says she will not return to Gaza again.

“It is really hard for me to not see my family, but as Gazans we don't have a lot of choice". Ms Khader says, her voice shaking with upset.

Ms Khader is not alone in her struggle. Those living permanently in Gaza also find themselves trapped by Israeli restrictions at one border and Egyptian and Hamas restrictions at the other.

“A huge number of [Gazans] have ties, including family ties, to Palestinians living in Israel, east Jerusalem, the West Bank and abroad... most maintain relationships with their relatives despite movement restrictions preventing them from seeing each other."

A 2013 survey commissioned by Gisha revealed that more than 30 per cent of Gaza’s residents have relatives in the West Bank and Israel. Most of this number are unable to visit their relatives due to Israeli government policies on movement in and out of Gaza, which it says are due to security concerns.

I will not lose hope, I will keep trying to leave

It took two years for him to achieve his dream of leaving the blockaded Gaza Strip.

"After one year I succeed to get the German visa, I started my process to leave Gaza. I spent around two months trying to leave, I registered with the Interior Ministry list and waited but my visa was close to an end and I was close to losing my dream,” he tells The National.

Mr Abu Hashesh, like many others in his situation, made the decision to pay to leave Gaza. He paid $1,200 to exit through the Rafah border, eventually arriving in Germany three days later.

Dan Waites, spokesman for the International Red Cross in Israel and the occupied Palestinian territories, said the complex permit system means thousands are unable to travel outside Gaza. This has a knock-on effect on the blockaded territory’s economy.

“We would like to see the severe restrictions on movement for Gazans eased. The restrictions imposed on movement of people and goods, aggravated by internal Palestinian differences, keep it isolated from the rest of the world and suffocate its economy," he says.

“The ongoing energy crisis in Gaza impacts the most essential services, like access to clean water and wastewater treatment as well as the health care sector in its entirety. Giving hope to Gazan families involves easing the restrictions.”

Mohammed Jamal, a 32-year-old freelance journalist in Gaza, has not been so lucky. The father of four said he has followed all the rules in order to leave and find work in Turkey but has been unable to secure a visa for two years.

Mr Jamal followd the process advised by the Gazan Interior Ministry, and was eventually told he would be allowed to leave via the Rafah border. On the say of departure he was allowed to exit the buy Hamas officials, but sent back by Egyptian border forces.

“I waited there until 2am but they asked me to go back to Gaza because I am not allowed to leave due to security issues," he says.

"I returned to Gaza and I was full of frustration. I was so close to achieving my dream, but I didn't lose hope"

Mr Jamal tried to pay money to ensure he would be allowed to cross, but even this was unsuccessful.

"It is ok to live in a place you choose, but when you are locked inside it against your will, you feel paralysis and despair," he says.

But he remains defiant, vowing to make it out of the enclave for a better life.

"I will not lose hope, I will keep trying to leave," he insists. "I was only planning to go to Turkey for a short visit, but now if I am able to leave, I will not come back to Gaza ever.”

These were the details of the news Gazans struggle to raise cash to leave through the Egyptian border for this day. We hope that we have succeeded by giving you the full details and information. To follow all our news, you can subscribe to the alerts system or to one of our different systems to provide you with all that is new.