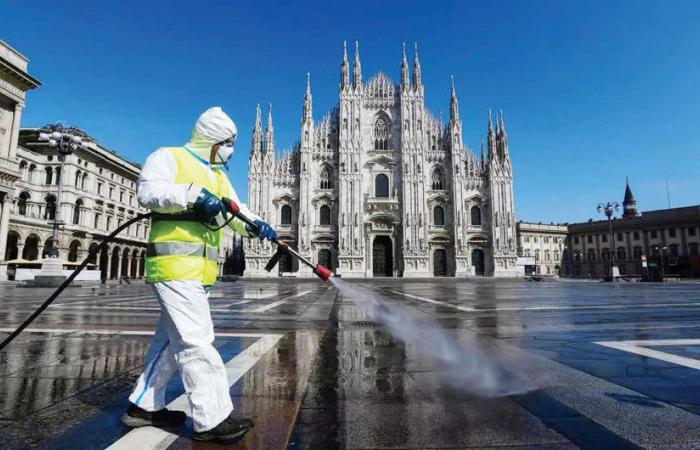 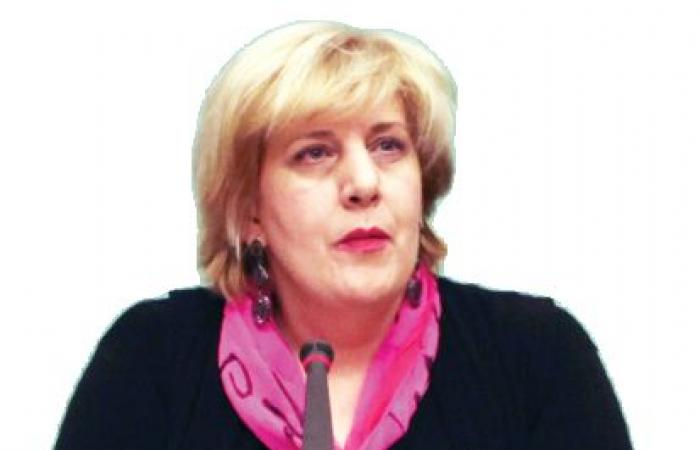 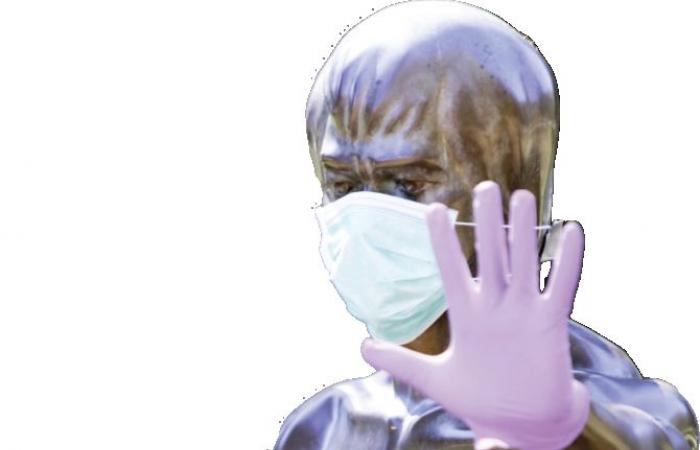 Jeddah - Yasmine El Tohamy - ABU DHABI: In an interdependent world, no country is an island where the whims and fancies of politicians can substitute for coherent policy and rule of law.

Yet in a forgotten corner of the world called the Western Balkans, the pre-coronavirus-era rules still apply. At least that is the impression one gets from the goings-on there.

The countries belonging to the Western Balkans include Albania, Bosnia and Herzegovina, Kosovo, Montenegro, North Macedonia and Serbia.

Given their historical commonalities, Slovenia and Croatia are included in the expanded definition following their entry — in 2004 and 2013, respectively — into the EU.

In retrospect, as much of Western Europe found itself confronting life-threatening challenges, the Western Balkan states failed to get their act together.

The coronavirus calamities that befell the public-health systems of Italy and Spain were clear omens of things to come.

But instead of responding to the approaching crisis in a coordination manner, Western Balkan governments allowed old divisions to hold sway and business as usual to prevail.

With the second-largest number of COVID-19 cases in the region, Serbia declared a state of emergency in mid-March.

President Aleksandar Vucic turned the crisis into an opportunity to cement ties with China by turning to it for assistance.

He justified his decision by claiming that the EU, the longstanding partner of the Western Balkans, had put a ban on the export of medical equipment.

While Brussels may have sent conflicting messages, countries in the region remain eligible to order shipments of medical and protective equipment.

Another cause for concern is the rash of restrictions that Western Balkan governments have imposed on freedom of expression.

Harsh penalties have been introduced in a rush, ostensibly to counter the spread of fake news and panic among the population.

No confirmed cases yet among refugee, migrant populations.

In Serbia, journalist Ana Lalic was arrested for writing a report on the shortage of medical equipment and poor crisis management by one of the largest hospitals in the Vojvodina region.

“I am convinced that I am doing the right thing regardless of my arrest, and I can attest to that based on the positive feedback from medical practitioners I have gotten following the publishing of my article,” Lalic told the local N1 media outlet after her release.

“People wrote to me with testimonies that the real situation is actually worse than what I wrote, which is the saddest thing.”

It is doubtful if foreign assistance can compensate for poor governance or shield the region from the pandemic’s worst impact. But at least the support of donors has been unstinting in the Western Balkans’ hour of need.

Regrettably some governments are using the need to combat coronavirus disinformation as a pretext to introduce disproportionate restrictions to press freedom.

From the Middle East, the UAE sent a plane with 10 tons of medical gear to Serbia in late March in response to Vucic’s appeal. The cargo included protective suits, gloves, shoe protectors, masks, sanitizers and ventilators.

Separately, the UAE donated 11.5 tons of medical equipment, including protective face masks, to Croatia after the country was struck by the strongest earthquake in 140 years.

Turkey, which has strong historical ties to the region, has offered to support procurement of essential goods, and sent a plane loaded with medical gear to Bosnia, Montenegro and Serbia, according to government officials.

The EU special representative to Bosnia announced a donation of €7.5 million to the country, to which Norway’s government will add another €640,000 via the UN Development Programme.

In fairness, Bosnian authorities have enforced precautionary measures such as curfews, school closures and restrictions on movement of people.

But hope is in short supply, with many people pinning their faith on over-the-counter “wonder drugs” such as hydroxychloroquine.

To make matters worse, medical assistance has predictably been divided up among the federation and the Serb-dominated Republic of Srpska — the two entities that make up Bosnia and Herzegovina.

This politically convenient arrangement is likely to leave the most vulnerable sections of Bosnian society without the necessary protective gear.

Thus far, the lockdowns on public life have not translated into measurable success in any of the Western Balkan countries, whose collective coronavirus caseload has been increasing at an alarming rate.

Equally troubling is the prospect of the relatively low rates of testing for infection masking the actual coronavirus picture.

The region’s creaky public-health infrastructure, to say nothing of its crisis-handling capacity, is in no shape to “flatten the curve” of infections in the near future.

What the lockdowns have achieved for sure is to add to the misery of the most vulnerable people, including migrants and refugees who are stranded in border areas with virtually no permanent housing or access to basic health care.

In Serbia, for instance, migrants and asylum-seekers housed in state-run “reception centers” can only go out with special permission.

“We fled from home to save our lives, to escape war, and now we’re faced with this new coronavirus,” said Rozhan, who together with her husband Ibrahim and her three children made the long and arduous journey from Iraq to the region in the hope of finding asylum in a European country.

UN agencies have been working around the clock with Serbian authorities to ensure the protection of the roughly 5,500 migrants and refugees hosted in the reception centers. 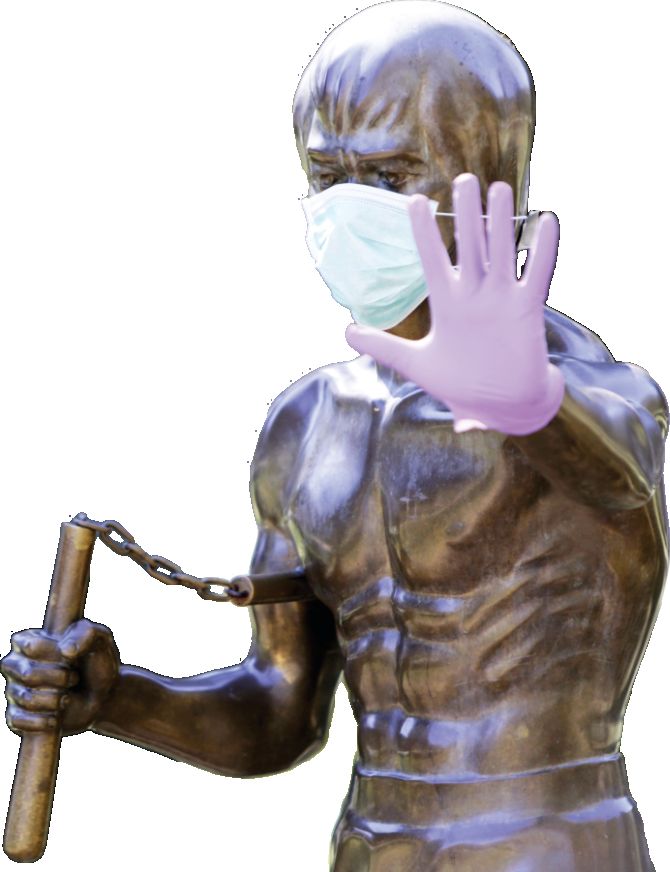 According to the International Organization for Migration, no COVID-19 cases have been detected among the thousands of migrants and refugees in its reception centers across Bosnia and Herzegovina.

If the overall public-health outlook is gloomy, the portents for the region’s economy, especially the three countries that rely heavily on tourism — Croatia, Montenegro and Albania — are even more so.

The pandemic has spelled the end of the summer tourist season before it could even begin, thus delivering a body blow to their fragile economies.

The spillover effect of the tourism industry’s collapse on other economic sectors is expected to decimate small- and medium-sized enterprises, leaving large numbers of people without jobs.

“It’s obvious that certain categories of economy and population will seek the state’s support in order to recover from the damage caused by the epidemic,” Nemanja Nenadic, Transparency Serbia’s program director, told a local news outlet.

“Since there won’t be money for everyone, nor a completely objective criteria for determining who should be helped, this will open a large field for trade in influence and corruption.”

Even if some day a vaccine is found for COVID-19 and life returns to normal across the world, there is no guarantee that the Western Balkans’ body politic will be able to rid itself of the pre-existing virus of corruption and favoritism.

In the worst-case scenario, the looming public-health disaster in the Western Balkans will be followed by economic, humanitarian and governance crises rolled into one.

These were the details of the news Transport safety tested as Italy prepares to reopen for this day. We hope that we have succeeded by giving you the full details and information. To follow all our news, you can subscribe to the alerts system or to one of our different systems to provide you with all that is new.