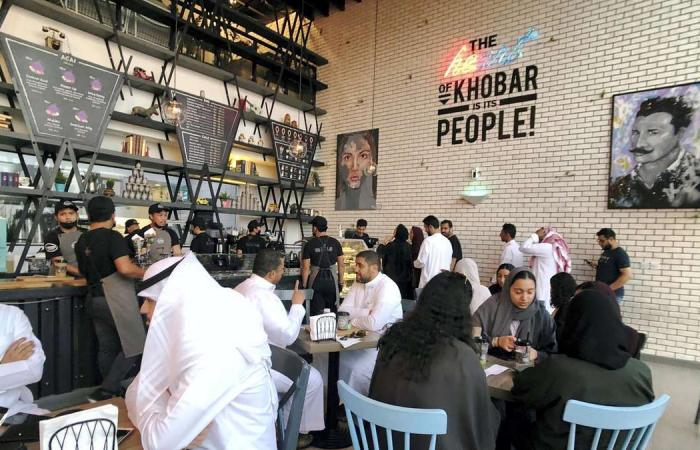 The decision was announced on Sunday by the Municipal and Rural Affairs Ministry, in a statement published by the state-run Saudi Press Agency.

The ministry said it was “removing a requirement by restaurants to have an entrance for single men and [another] for families” and that restaurants no longer need to “specify private spaces”.

Restaurants and cafes in Saudi Arabia, including major western chains like Starbucks, are currently segregated by "family" sections allocated for women who are out on their own or who are accompanied by male relatives, and “singles” sections for just men. Many also have separate entrances for women and partitioned areas or rooms for families where women are not visible to single men. In smaller restaurants or cafes with no space for segregation, women were not allowed in.

The ministry statement also listed a number of newly-approved technical requirements for buildings, schools, stores and sports centres, among others, and noted that the decisions were aimed at attracting investment and creating greater business opportunities.

Saudi Crown Prince Mohammed bin Salman has pushed for sweeping social reforms in recent years as part of a drive to open up the kingdom to foreign investors and diversify the economy away from a reliance on oil.

The kingdom now regularly hosts international sporting events and musical performances that both women and men can attend. Two years ago, women for the first time were allowed to attend sports events in stadiums in the so-called “family” sections. Young girls in recent years have also been allowed access to physical education and sports in school, a right that only boys had been afforded.

In August, the kingdom lifted a controversial ban on travel by allowing all citizens – women and men alike – to apply for a passport and travel freely, ending a long-standing male guardianship policy that limited women’s freedom of movement.

These were the details of the news Saudi Arabia ends gender segregation in restaurants for this day. We hope that we have succeeded by giving you the full details and information. To follow all our news, you can subscribe to the alerts system or to one of our different systems to provide you with all that is new.