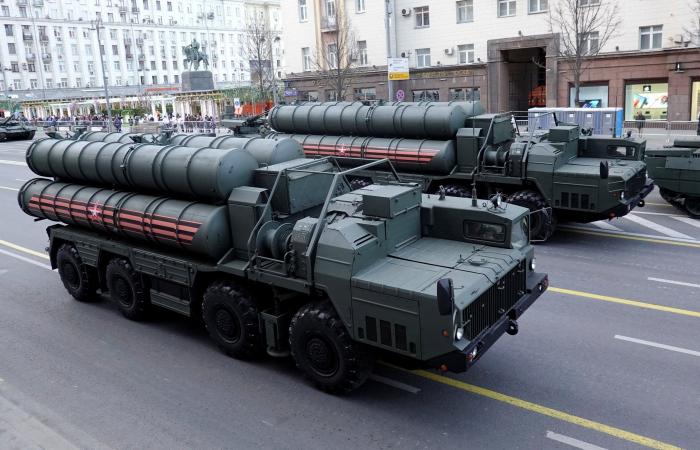 Jeddah - Yasmine El Tohamy - ANKARA: Although Turkey is expected to activate its Russian-made S-400 missile defense system in April, the issue appears off the agenda of the ruling Justice and Development Party (AKP).

Turkey’s Foreign Minister Mevlut Çavusoglu recently announced that Turkey was still willing to purchase US-made Patriot long-range air defense missiles. Speaking at a virtual Atlantic Council event on Tuesday, he also repeated his offer to the US to establish a technical working group, including NATO, to resolve the dispute over Ankara’s purchase of the S-400.

Ties between the two NATO allies deteriorated last year over Turkey’s acquisition of the Russian system, which saw Washington remove Turkey from its Lockheed Martin F-35 jet program in July.

The US claims that the Russian air defense system could be used by the Kremlin to secretly acquire classified details on the F-35, and is incompatible with the NATO systems, although Turkey rejects claims that the S-400 will be integrated into NATO’s arsenal.

Ozgur Unluhisarcikli, Ankara director of the German Marshall Fund of the United States, thinks that there is now a window of opportunity for the US and Turkey to first freeze the S-400 problem and then solve it.

“Given that the most imminent threat to Turkey is another battle in Idlib with Russian-backed Syrian regime forces, Turkey would benefit from immediate deployment of Patriot batteries on its border with Syria,” he told Arab News.

For Unluhisarcikli, the US could offer to deploy Patriot batteries to Turkey for a year in return for Turkey pledging to not activate the S-400 system for the same period. Such an agreement would serve three purposes.

“First of all, Turkey would be reassured at a time when another battle in Idlib with the Russian-backed Syrian regime forces maybe around the corner. Second, Turkey would avoid US sanctions at a time when its economy is very vulnerable due to the (coronavirus) pandemic. Third, such an agreement would help build confidence and pave the way for a lasting solution to the S-400 problem,” he said.

Ankara’s bilateral ties with Moscow were recently hit hard by Russia’s aerial support for the Syrian Assad regime’s military offensive on the northwestern Syrian rebel-held province of Idlib, as airstrikes killed at least 34 Turkish soldiers, encouraging Turkey to ask the US to deploy Patriot missile defense systems along its southern border with Syria for increased protection.

For Caglar Kurc, an Ankara-based researcher on defense, the activation of the S-400s will be delayed.

“But I do not know how long it will be delayed. There are a couple of reasons for this,” he told Arab News.

“First, Turkey has been searching for ways to mend its relations with the US, especially after the events in Idlib. Second, the coronavirus pandemic seems to have frozen political brinkmanship on this issue. Both states have more pressing issues at hand and no one would like to take on a crisis at this time,” he said.

The S-400 deal between Russia and Turkey dates back to April 2017, when thetwo inked a $2.5 billion agreement for two S-400 batteries.

Although CAATSA, a far-reaching US sanctions law passed in 2017, mandates harsh economic and defense-related measures for countries doing business with the Russian military, imposing sanctions over Turkey’s S-400 purchase was widely discussed but has not been implemented so far.

These were the details of the news Ankara makes offer to Washington to resolve Russian S-400 dispute for this day. We hope that we have succeeded by giving you the full details and information. To follow all our news, you can subscribe to the alerts system or to one of our different systems to provide you with all that is new.