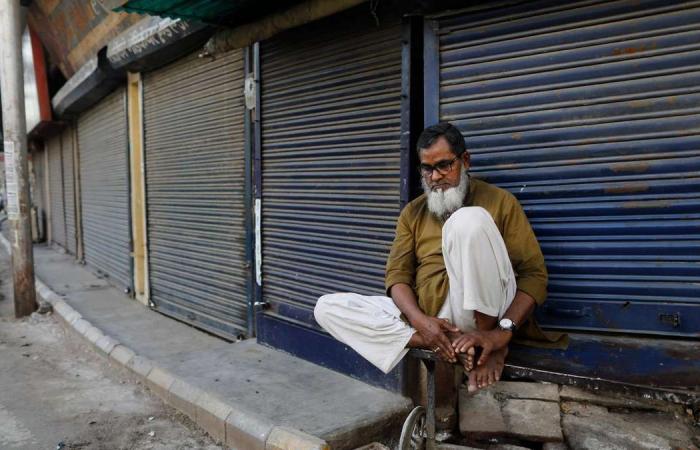 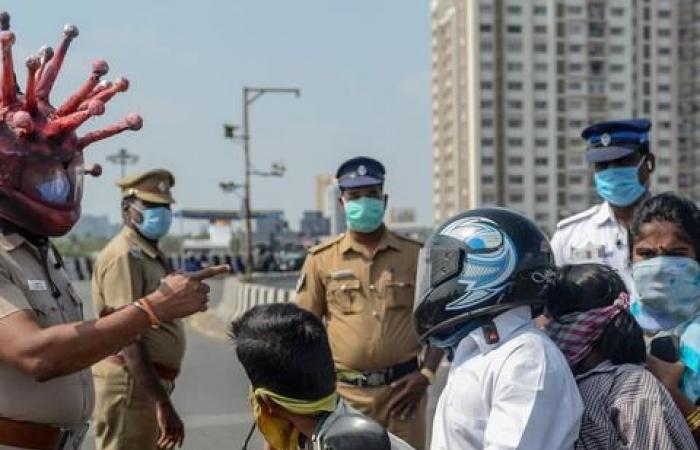 Thank you for your reading and interest in the news Coronavirus: India’s Muslims targeted over outbreak and now with details

Hind Al Soulia - Riyadh - Sadiq Khan was sitting outside his home when a dozen Hindu neighbors attacked him with sharp weapons for “disobeying” Indian Prime Minister Narendra Modi’s call to switch off electricity lights in a symbolic gesture of solidarity in the country’s fight against coronavirus.

Mr Modi had appealed for citizens to switch off electricity and light candles or mobile phone flashlights for 9 minutes at 9pm on April 5 to dispel the “darkness” spread by the viral disease as India remains under a three-week lockdown to battle the contagion that has swept the globe.

But a single electricity bulb at their home irked his Hindu neighbours, who issued religious slurs and called them “traitors,” followed by an armed assault with pickaxes, batons and other weapons.

Four members of the Khan family were injured in the attack, police said, who arrested six people over the assault.

The violence is not isolated. It is part of a series of attacks spurred by the pandemic in the religious tinderbox amid allegations that Muslims were plotting against the country. India's death toll rose to 273 and positive cases to 8,447 on Sunday.

“We have lived peacefully together but now they are calling us traitors. Do not we have the same freedom as others (Hindus) to choose the way we live in the country, how are we different?” said Mr Khan, a 34-year-old farmer.

The country is recovering from a largely anti-Muslim riot in Delhi in February that left more than 54 dead in days of mob violence after months of nationwide street protests over a controversial citizenship law passed by Mr Modi’s Hindu nationalist government.

But the immediate trigger of the fresh violence was a mid-March congregation of Tablighi Jamaat, a pan-global Muslim revivalist group in Delhi’s Nizamuddin, that was attended by thousands of its members despite health warnings and social distancing protocols.

Authorities accused the organisers of violating the lockdown and jolting the government efforts to stem the spread of the virus after more than 1,400 people from the gathering tested positive for the virus. More than a dozen have died.

The incident was followed by a vitriolic campaign against India’s Muslim community by right-wing politicians and sections of the mainstream media that claimed it was part of an “Islamic war” against Hindu majority India.

Anchors and commentators said the act was akin to “bio-Jihad” and Muslims were like “human bombs” and demanded the government deal with the violators like terrorists.

There are members of the Hindu community who have spoken out against the violence, however.

"It is true that hate has been increasing in India over the past many years, the communal temperature is increasing,” says Rahul Easwer, a Hindu rights activist.

"It is true Tablighi Jamaat could have been a bit more careful but people were not taking anything that seriously until March as there was mild messaging from the government. One should not spread a virus of Islamophobia at this point of time as that would be counter-productive."

But the rhetoric spurred fury on the streets as several Muslims were brutally assaulted over allegations that they were deliberately spreading the virus. Many Hindu residents called for social and economic boycott of India’s 200 million Muslim community.

Anti-Muslim rhetoric has seen a sharp rise in India since Mr Modi’s landslide electoral victory in 2014 and a second term in May last year that followed a series of decisons viewed as anti-Muslim in nature.

Mr Modi’s government has revoked the autonomy of disputed Muslim-majority region Kashmir, saying it is part of the battle against separatist militants there. It has also criminalised Muslim "instant divorce" (which allows a man to divorce a woman by repeating the word divorce three times in Arabic) and undertaken the court-mandated construction of a temple for Hindu deity Lord Ram on the ruins of a medieval mosque.

But tensions between majority Hindus and Muslims have been high since December when the government amended the country’s citizenship law and granted fast-track citizenship to non-Muslims, which critics say is part of the ruling party’s agenda to turn officially secular India into a Hindu state. The government says it is not aimed at crowding out Muslims but helping vulnerable people find safety.

Police in Delhi said they are investigating a brutal assault of a Muslim man by Hindu villagers who accused him of spreading the virus by injecting his saliva into fruits and vegetables.

A video of the attack shows men hitting the man with batons and questioning him about the “plan to spread the virus”.

The 21-year-old man is recovering at a hospital in the capital city for injuries. He has not tested positive for the virus.

Hashtags like “Corona Jihad” were trending on social media where fake videos of Muslims spitting, licking and violating the lockdown further added to backlash against Muslims.

Many fruit and vegetable sellers have been forced to shut their shops, some truck drivers have been beaten up in a remote mountainous state, and a Muslim woman has lost her newborn after doctors allegedly refused to treat on her fearing that she was infected.

Two Muslim families were attacked in Gurgaon city and bullets were fired at a mosque by Hindu members, who claimed that they were checking “if Muslims were inside the premises”.

Experts say the linking of Tablighi Jamaat with the pandemic has been a “systematic” way to give fresh impetus to Islamophobia in the country.

“In the initial phase, the Indian political establishment was quite unclear how to respond to it,” he added, “but the moment they found Tablighi Jamaat episode, they started using it.”

But the government rejects those accusations, saying that the acts of violence are being carried out by rogue actors.

"The government of India is most concerned about such incidents, we don't want any incident to take place anywhere in the country, not only against any Muslim or minority community but even for any human being,” Kuldeep Singh Dhatwalia, a government spokesperson, told The National. Those are our concerns. Some isolated incidents are happening here and there."

These were the details of the news Coronavirus: India’s Muslims targeted over outbreak for this day. We hope that we have succeeded by giving you the full details and information. To follow all our news, you can subscribe to the alerts system or to one of our different systems to provide you with all that is new.