100 days of coronavirus: pictures from the UAE and Middle East 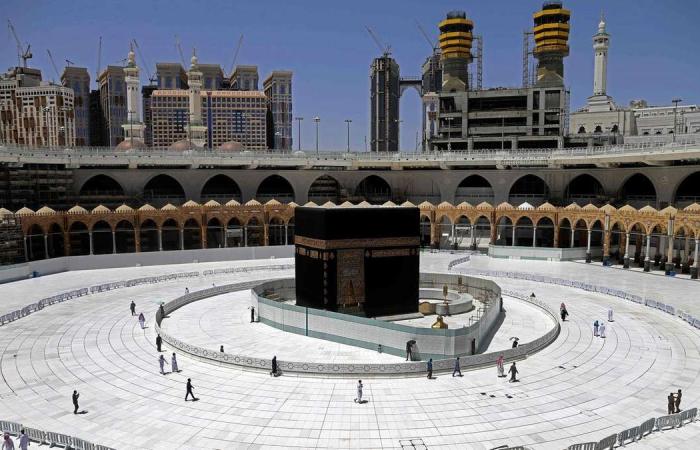 Thank you for your reading and interest in the news 100 days of coronavirus: pictures from the UAE and Middle East and now with details

A commuter enters the new sterilisation area at the entrance of the Abu Dhabi Central Bus Terminal.Victor Besa / The National

A woman and her children seen during cloudy skies in Al Furjan area in Dubai. Pawan Singh / The National

A man seen during the evening in Al Furjan area in Dubai. Pawan Singh / The National

The view of the Burj Khalifa without any visitors in Downtown Dubai in Dubai. Pawan Singh / The National

Boki Prekovic plays each afternoon from his balcony to keep residents stuck at home entertained. Chris Whiteoak / The National

A worker wearing a protective suit disinfects a globe in a public garden, in Algiers. Reuters

A Jordanian police officer is seen at a checkpoint on March 25. Reuters

People travel on an overcrowded train on the outskirts of before a curfew ordered by the Egyptian Prime Minister Mostafa Madbouly on March 26. Reuters

Palestinians gather at the beach as the sun sets over Gaza City on March 28. EPA

A member of a medical team sprays disinfectant as a precaution against the coronavirus outbreak at a tuk-tuk three wheel motorcycle in Shobra district in Cairo, Egypt on April 3. EPA

A Moroccan health ministry worker disinfects a man walking a dog in the capital Rabat on MArch 22. AFP

In Algiers, Algeria, a woman seen in an empty bus station. Reuters

A Tunisian Red Crescent member prepares food packages to be delivered to the elderly and needy families on March 31. EPA

Workers disinfect desks and chairs in the Lebanese Parliament in central Beirut on March 10. AFP

Travellers returning to Kuwait from Egypt, Syria and Lebanon arrive to be re-tested at a Kuwaiti health ministry containment and screening zone in Kuwait City on March 16. AFP

A worker disinfects a house in a neighbourhood in the central Iraqi holy city of Najaf on March 23. AFP

Doctors test a resident of Baghdad's suburb of Sadr City for the coronavirus on April 2. AFP

Kuwaiti policemen wearing protective masks wait at Sheikh Saad Airport in Kuwait City,b efore transferring Kuwaitis arriving from Iran to a hospital to be tested for coronavirus on February 22. AFP

Iranian sanitary workers disinfect Qom's Masumeh shrine on to prevent the spread of the coronavirus on February 25. AFP

A view of beds at a shopping mall, one of Iran's largest, which has been turned into a centre to receive patients suffering from the coronavirus disease (COVID-19), in Tehran on April 4. Reuters

A Lebanese employee wearing a protective mask looks at a bed in a ward at the Rafik Hariri University Hospital where the first coronavirus case was admitted on Feburary 22. AFP

Colin and his wife Hilda run a marathon on their balcony on March 28 while the City of Dubai is under a Stay At Home policy to keep residence safe from the spread of Covid-19. Antonie Robertson / The National

These were the details of the news 100 days of coronavirus: pictures from the UAE and Middle East for this day. We hope that we have succeeded by giving you the full details and information. To follow all our news, you can subscribe to the alerts system or to one of our different systems to provide you with all that is new.