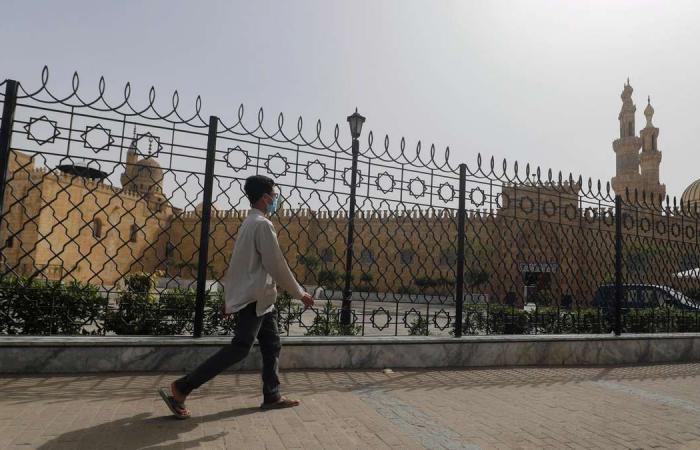 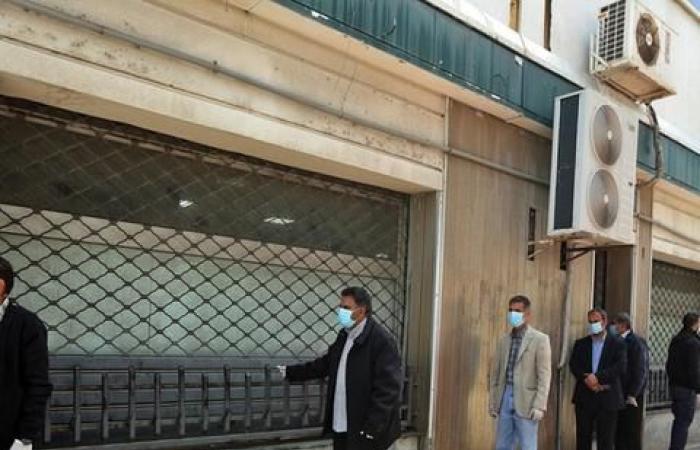 Thank you for your reading and interest in the news Coronavirus: Egypt fears surge as cases near critical point and now with details

The government has been reporting 40-50 new cases every day for nearly a week, much higher than the single-digit increases before that. Thursday’s figure of 71 was the highest so far, taking the total to 850 cases with at least 52 deaths from Covid-19, the respiratory disease caused by virus.

Gen Mohammed Abdel-Maqsoud, director of the Chamber of Crisis Management at the prime minister’s office, said that at the current rate, the number of cases could hit the critical 1,000 mark within days.

“We hoped not to exceed 500 this current week … we needed to stay at that level for as long as we possibly could,” Gen Abdel-Maqsoud said in a television interview on Wednesday night.

”Regrettably, the current surging rate [of infections] and the level of non-commitment [to social distancing or staying at home] by some citizens will lead us into the third stage,” he said.

“The problem with reaching 1,000 infections is that they increase by geometric progression from then on and within two or three days the infections will reach 2,500.”

Officials say the problem with crossing the 1,000-case threshold is that it then becomes difficult for health workers to identify, locate and test all those who have had contact with the infected.

The threat to Egypt is compounded by the concentration of its 100 million population on less than 10 per cent of its land, while it public health sector was neglected for decades until recently.

Gen Abdel-Maqsoud said only six quarantine hospitals had been used so far and that nearly 30 more had been readied to accommodate the expected increase in cases. Private hospitals would join the national effort to contain the outbreak, he said, while hotels and schools were being equipped to operate as hospitals.

To limit the spread of the virus, the government has imposed a night-time curfew, halted international flights, and closed education institutions, places of worship, restaurants, cinemas and other public gathering places. The authorities also called on people to observe precautions such as maintaining distance and avoiding going outside as much as possible, sending out the message through radio and TV spots and on street billboards.

However, some Egyptians have taken a casual attitude towards the health threat, as seen when thousands flocked to beaches on the Red Sea and the Mediterranean, prompting authorities to close them. The government has not yet suggested a complete lockdown, but some officials have hinted at harsher measures if the situation gets worse.

At the same time, the government has been under pressure from businessmen to ease the existing measures to allow the economy to function normally.

“If this goes on for too long, it’s possible the country will be bankrupt and we’ll have hunger, famine and chaos,” the billionaire Naguib Sawiris wrote on Twitter, where he has 6.3 million followers.

“We must begin to think how we go back to work and what precautions we should take to avoid infection," he said in another tweet that triggered heated debate on social media about balancing the need to protect lives with preventing a recession and enabling the millions of workers reliant on daily wages to feed their families.

The government has already announced an economic stimulus package and pledged an additional one billion pounds (Dh233.25 million) to the health sector, whose 2019-2020 budget was 125bn pounds.

President Abdel Fattah El Sisi ordered a salary increase for healthcare employees and on Wednesday promised the government would cover the cost of keeping hundreds of repatriated Egyptians at hotels for a two-week, medically-supervised quarantine.

These were the details of the news Coronavirus: Egypt fears surge as cases near critical point for this day. We hope that we have succeeded by giving you the full details and information. To follow all our news, you can subscribe to the alerts system or to one of our different systems to provide you with all that is new.