Is Prevent program fit for purpose? 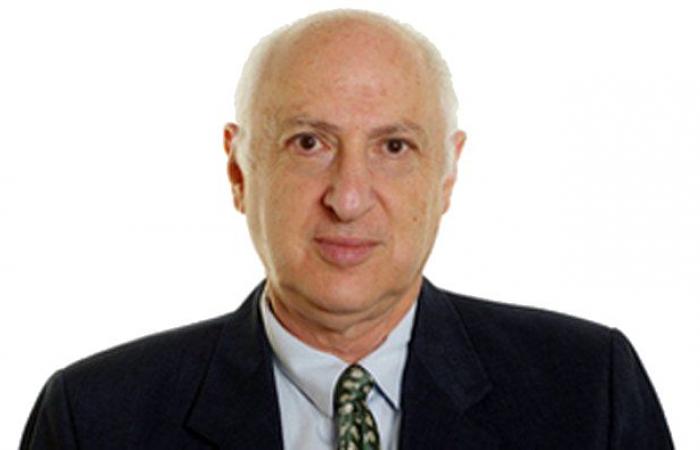 Thank you for reading the news about Is Prevent program fit for purpose? and now with the details

Jeddah - Yasmine El Tohamy - LONDON: On Nov. 26, three days before the London Bridge terrorist attack, Shadow Home Secretary Diane Abbott told supporters that, if elected, a Labour government would conduct a review of the Prevent program, one of Britain’s most controversial counter-extremism initiatives.

Prevent was created in 2003 to support Britons vulnerable to radicalization, and to stop them from supporting terrorism.

In 2015, the government introduced a statutory duty requiring prisons workers, teachers and doctors to report worries about people considered at risk of turning to radicalism and terror.

Critics say the duty has a chilling effect on free speech and turns public sector workers into informers on their colleagues, creating an atmosphere of distrust.

But some Britons working under the Prevent duty say it has rarely been part of their professional lives.

Dr. Paul Stott, a research fellow at the Henry Jackson Society, a London-based think tank, said in his 11 years of teaching about security and terrorism in five British universities, he never received any communication about Prevent from the university hierarchy.

“This is a problem,” he told Arab News: “The lack of proper communication about Prevent creates a vacuum of discussion, which has been exploited by activists opposed to the program.”

He said the Labour Party had been successfully lobbied by British Islamic groups to whom Prevent is a “die in a ditch” issue.

“Organizations such as CAGE and the Muslim Council of Britain contest Prevent as their central activity,” he added.

“It’s painted by these groups as an anti-Muslim program, which is remarkable considering the diversity of the British Muslim population, many of whom are supporters of the UK’s counter-terrorism strategy.”

Abbott criticized the Home Office’s decision in August to appoint Lord Carlile to head the government’s Prevent review “because he has spoken in favor of it.”

But Stott said anyone the government appointed would receive a barrage of criticism as Labour and anti-Prevent NGOs would aim to hit the review before it had started.

He said: “Lord Carlile has been involved in counter-radicalization for decades, and was central to the prosecution of far-right figure Nick Griffin in the 1990s.”

When asked how the UK could improve its counter-terror strategy in light of the London Bridge attack and heightened concern about returning Daesh fighters, Stott referred to Australia’s “Declared area offense” law, which criminalizes entering or remaining in a declared area of a foreign country.

Syria’s Raqqa province and the Iraqi city of Mosul have both recently been subject to this regulation.

Yasmine Ahmed, director of Rights Watch (UK), said a review of Prevent needs to be the first step in developing a stronger counter-terrorism strategy.

“This has to be a job for the government using a thorough, methodological and evidence-based approach,” she told Arab News.

“It’s not up to think tanks and NGOs to promote their own preferred counter-terrorism policies.”

Ahmed said there is no evidence to support the theoretical underpinning of Prevent.

“The broad indicators that the government uses to identify extremism lack an evidential basis, and coupled with the overly vague and broad definition of extremism, gives rise to a huge number of misguided referrals and results in pervasive human rights and societal harms,” she added.

“Prevent is being used as a soft surveillance tool against persons who’ve committed no crimes, the vast majority of whom don’t even end up being onward referred to the Channel program,” she said. Channel is Prevent’s de-radicalization program, led by the police and Muslims who oppose anti-Western rhetoric.

“The government is collecting information about people, including children, on a secret Prevent database, and people have no way of knowing that they’re on this database and thereby challenging it,” she added.

“Lord Carlile completely lacks independence from the policy of Prevent, as well as the ongoing debate about the legitimacy and effectiveness of the policy.”

His appointment is currently the subject of a legal challenge from Rights Watch (UK), which described the proposed review as a “whitewash.”

Lord  Carlile has dismissed concerns about Prevent as arguments made to “liberate the activities of some who are opposed to the very essence of our democratic way of life.”  This, Rights Watch (UK) says, “fundamentally undermines any trust and faith in the process and outcome.”

Ahmed concluded: “It’s critical that this review is genuinely independent; our lives and liberty are at stake.”

Britain’s security policy is fraught with division. Competing think tanks, NGOs and politicians all have their own policy preferences and ideological positions. But after a decade of heightened terrorist-related concerns, and with many British radicals having been referred to the Prevent program but unsuccessfully prevented from carrying out attacks, many agree that now is the time to review the initiative.

These were the details of the news Is Prevent program fit for purpose? for this day. We hope that we have succeeded by giving you the full details and information. To follow all our news, you can subscribe to the alerts system or to one of our different systems to provide you with all that is new.