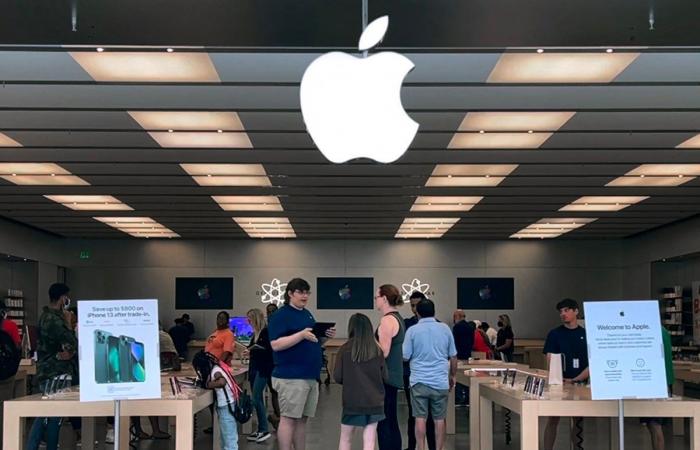 Thank you for reading the news about Caste in California: Tech giants confront ancient Indian hierarchy and now with the details

Jeddah - Yasmine El Tohamy - OAKLAND, California : America’s tech giants are taking a modern-day crash course in India’s ancient caste system, with Apple emerging as an early leader in policies to rid Silicon Valley of a rigid hierarchy that’s segregated Indians for generations.
Apple, the world’s biggest listed company, updated its general employee conduct policy about two years ago to explicitly prohibit discrimination on the basis of caste, which it added alongside existing categories such as race, religion, gender, age and ancestry.
The inclusion of the new category, which hasn’t been previously reported, goes beyond US discrimination laws, which do not explicitly ban casteism.
The update came after the tech sector — which counts India as its top source of skilled foreign workers — received a wake-up call in June 2020 when California’s employment regulator sued Cisco Systems on behalf of a low-caste engineer who accused two higher-caste bosses of blocking his career.
Cisco, which denies wrongdoing, says an internal probe found no evidence of discrimination and that some of the allegations are baseless because caste is not a legally “protected class” in California. This month an appeals panel rejected the networking company’s bid to push the case to private arbitration, meaning a public court case could come as early as next year.
The dispute — the first US employment lawsuit about alleged casteism — has forced Big Tech to confront a millennia-old hierarchy where Indians’ social position has been based on family lineage, from the top Brahmin “priestly” class to the Dalits, shunned as “untouchables” and consigned to menial labor.
Since the suit was filed, several activist and employee groups have begun seeking updated US discrimination legislation — and have also called on tech companies to change their own policies to help fill the void and deter casteism.
Their efforts have produced patchy results, according to a Reuters review of policy across the US industry, which employs hundreds of thousands of workers from India.
“I am not surprised that the policies would be inconsistent because that’s almost what you would expect when the law is not clear,” said Kevin Brown, a University of South Carolina law professor studying caste issues, citing uncertainty among executives over whether caste would ultimately make it into US statutes.
“I could imagine that parts of ... (an) organization are saying this makes sense, and other parts are saying we don’t think taking a stance makes sense.”
Apple’s main internal policy on workplace conduct, which was seen by Reuters, added reference to caste in the equal employment opportunity and anti-harassment sections after September 2020.
Apple confirmed that it “updated language a couple of years ago to reinforce that we prohibit discrimination or harassment based on caste.” It added that training provided to staff also explicitly mentions caste.
“Our teams assess our policies, training, processes and resources on an ongoing basis to ensure that they are comprehensive,” it said. “We have a diverse and global team, and are proud that our policies and actions reflect that.”
Elsewhere in tech, IBM told Reuters that it added caste, which was already in India-specific policies, to its global discrimination rules after the Cisco lawsuit was filed, though it declined to give a specific date or a rationale.
IBM’s only training that mentions caste is for managers in India, the company added.
Several companies do not specifically reference caste in their main global policy, including Amazon, Dell , Facebook owner Meta, Microsoft and Google. Reuters reviewed each of the policies, some of which are only published internally to employees.
The companies all told Reuters that they have zero tolerance for caste prejudice and, apart from Meta which did not elaborate, said such bias would fall under existing bans on discrimination by categories such as ancestry and national originon policy.

Casteism outlawed in India
Caste discrimination was outlawed in India over 70 years ago, yet bias persists, according to several studies in recent years, including one that found Dalit people were underrepresented in higher-paying jobs. Debate over the hierarchy is contentious in India and abroad, with the issue intertwined with religion, and some people saying discrimination is now rare.
Government policies reserving seats for lower-caste students at top Indian universities have helped many land tech jobs in the West in recent years.
Reuters spoke to about two dozen Dalit tech workers in the United States who said discrimination had followed them overseas. They said that caste cues, including their last names, hometowns, diets or religious practices, had led to colleagues bypassing them in hiring, promotions and social activities.
Reuters could not independently verify the allegations of the workers, who all spoke on condition of anonymity, saying they feared harming their careers. Two said they had quit their jobs over what they viewed as casteism.
Some staff groups, including the Alphabet Workers Union (AWU) at Google’s parent company, say explicit mention of caste in corporate rules would open the door to companies investing in areas such as data collection and training at the same levels as they do to protect other groups.
“Significant caste discrimination exists in the United States,” said Mayuri Raja, a Google software engineer who is a member of the AWU and advocates for lower-caste colleagues.
Over 1,600 Google workers demanded the addition of caste to the main workplace code of conduct worldwide in a petition, seen by Reuters, which they emailed to CEO Sundar Pichai last month and resent last week after no response.
Google reiterated to Reuters that caste discrimination fell under national origin, ancestry and ethnic discrimination. It declined to elaborate further on its policies.

‘Not good for business’
Adding caste to a general code of conduct is not unheard of.
The World Wide Web Consortium, an industry standards body partly based in Massachusetts, introduced it in July 2020. California State University and the state Democratic Party have followed over the past two years.
In May this year, California’s employment regulator, the Civil Rights Department, added caste to its example equal employment opportunity policy for employers.
Yet the move by Apple, a $2.8 trillion behemoth with more than 165,000 full-time employees globally, looms large.
The iPhone maker’s fair hiring policy now states that Apple “does not discriminate in recruiting, training, hiring, or promoting on the basis of” 18 categories, including “race, color, ancestry, national origin, caste, religion, creed, age” plus disability, sexual orientation and gender identity.
By contrast, many employers are hesitant to go beyond laws with their primary policies, according to three employment attorneys including Koray Bulut, a partner at Goodwin Procter.
“Most companies simply quote from the federal and state statutes that list the protected categories,” Bulut said.
Some companies have, however, gone further in secondary policies that govern limited operations or serve only as loose guidelines.
Caste is explicitly written into Dell’s Global Social Media Policy, for example, and in Amazon sustainability team’s Global Human Rights Principles and Google’s code of conduct for suppliers.
Amazon and Dell confirmed they had also begun mentioning caste in anti-bias presentations for at least some new hires outside India. They declined to specify when, why and how broadly they made the addition, though Dell said it made the change after the Cisco lawsuit was filed.
The companies’ presentations include explanations of caste as an unwanted social structure that exists in parts of the world, according to a Reuters review of some of the online training, with the Dell material referencing a recent lawsuit “from the headlines.”
John-Paul Singh Deol, lead employment attorney at Dhillon Law Group in San Francisco, said that only including caste in training and guidelines amounted to “giving lip service” to the issue because their legal force is questionable.
This characterization was rejected by Janine Yancey, CEO of Emtrain, which sells anti-bias training to about 550 employers, and a longtime employment attorney.
“No company wants to have employee turnover, lack of productivity and conflict — that’s just not good for business,” she said.
Yet explicitly referencing caste would likely invite an increased number of HR complaints alleging it as a bias, Yancey added. “Whenever you’re going to call out something specifically, you’re exponentially increasing your caseload,” she said.
Apple declined to say whether any complaints had been brought under its caste provision.
South Carolina law professor Brown expects no immediate resolution to the debate over of whether companies should reference caste.
“This is an issue that ultimately will be resolved by the courts,” he said. “The area right now is unsettled.”

These were the details of the news Caste in California: Tech giants confront ancient Indian hierarchy for this day. We hope that we have succeeded by giving you the full details and information. To follow all our news, you can subscribe to the alerts system or to one of our different systems to provide you with all that is new.