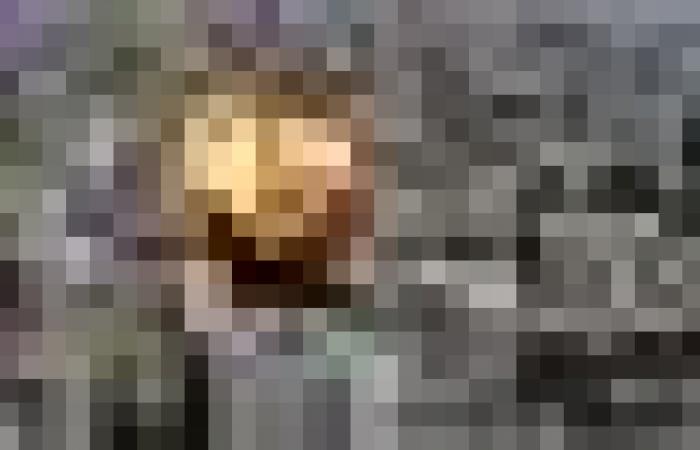 Israel has said it was forced to launch a "pre-emptive" operation against Islamic Jihad, insisting the group was planning an imminent attack following days of tensions along the border with Gaza, a Palestinian enclave.

Health authorities in Gaza, controlled by the Islamist group Hamas, said a five-year-old girl was among 13 people killed by the Israeli bombardment, adding that more than 110 others have been wounded.

In Jabalia, in the north of Gaza, Fouad Farajallah was on Saturday surveying what remained of his home, hit by an Israeli strike the day before.

"I was sitting here on the sofa, with my wife and children, and suddenly it all fell on us," he said, surrounded by debris from a partially collapsed roof in a strike he said wounded his wife and son.

Israel's strikes were met with barrages of rockets from the Palestinian side, and cross-border fire continued in both directions on Saturday, stoking fears of a repeat of an 11-day conflict in May 2021 that devastated Gaza.

Daily life in the enclave has come to a standstill, with streets largely deserted and most shops closed. Its sole power station ground to a halt due to a lack of fuel after Israel closed its border crossings days earlier, according to the electricity distributor.

Civilians on the Israeli side meanwhile repeatedly fled to air shelters, but there were no immediate reports of casualties.

An Israeli military spokesman said its forces were "preparing for the operation to last a week," and told AFP that the army is "not currently holding ceasefire negotiations".

Sources within Islamic Jihad ruled out a ceasefire soon, with one saying: "for the movement the focus is on the battlefield".

Israel and Islamic Jihad confirmed the killing of Taysir al-Jabari, a key leader of the militant group, in a Friday strike on a building in the west of Gaza city.

Islamic Jihad is aligned with Hamas, but often acts independently. It declared that the initial Israeli bombardment amounted to a "declaration of war".

"Israel isn't interested in a wider conflict in Gaza, but will not shy away from one either," Prime Minister Yair Lapid had warned in a nationally televised address on Friday.

Jamal al-Fadi, a political science professor at Gaza's Al-Azhar University, said he expected the violence to end "within days".

"Islamic Jihad is reacting in a limited manner and by doing so is preventing the occupation (Israeli military) from intensifying its airstrikes," he told AFP.

Both Islamic Jihad and Hamas are considered terrorist organisations by much of the West.

Hamas has fought four wars with Israel since seizing control of Gaza in 2007, including the conflict last May.

A flare up with Islamic Jihad came in 2019, following Israel's killing of Baha Abu al-Ata, Jabari's predecessor. Hamas did not join the fray in that episode.

Hamas's moves now could prove crucial, with the group facing pressure from some to restore calm in order to improve living conditions in Gaza.

Mairav Zonszein, a senior analyst at the International Crisis Group think tank, said Hamas currently has an interest in staying on the sidelines as it has recently won more economic aid for Gazans.

"But if more civilians are killed, then it will feel obligated to respond," she told AFP.

On Friday, the health ministry reported "a five-year-old girl, targeted by the Israeli occupation" was among those killed.

The girl, Alaa Kaddum, had a pink bow in her hair and a wound on her forehead, as her body was carried by her father at her funeral.

Israeli military spokesman Richard Hecht said Friday "we are assuming about 15 killed in action" in Gaza, referring to Palestinian combatants.

The Gaza strikes followed the arrest in the occupied West Bank of two senior members of Islamic Jihad, including Bassem al-Saadi, who Israel accuses of orchestrating recent attacks.

Israel on Saturday broadened its operation against Islamic Jihad, announcing the arrest of 19 people it said were members of the group in the occupied West Bank.

Israel has conducted a near relentless wave of often deadly raids inside the West Bank since mid-March in response to lethal attacks on Israeli citizens. — AFP

These were the details of the news Israel warns aerial onslaught against Gaza militants could last a week for this day. We hope that we have succeeded by giving you the full details and information. To follow all our news, you can subscribe to the alerts system or to one of our different systems to provide you with all that is new.