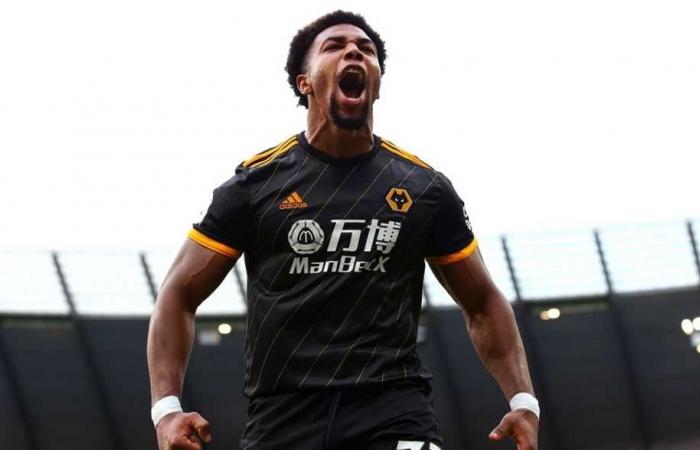 Barcelona announced the signing of Adama Traore from Wolverhampton in the winter transfer window.

Traore moved to Barcelona on loan until the end of the season with the right to buy.

And Fabricio Romano, a Sky journalist, stated that the deal would cost Barcelona 30 million euros if he wanted to buy the player permanently.

The Italian journalist clarified that the contract does not contain compulsory purchase, and therefore Barcelona has the right not to activate the purchase clause after the end of the 6 months.

Traore returns to Barcelona after starting at the La Masia academy in 2004 when he was 8 years old.

Traroy was included in Barcelonas youngest age groups until he left it permanently in 2015.

Traore played 4 matches with the first team of Barcelona, ​​including 2 in the King’s Cup, one in the League, and one in the Champions League between 2013 and 2015.

Traore scored one goal in the Barcelona first team shirt against Huesca in the King’s Cup in December 2014.

Traore moved to Aston Villa in 2015, before moving to Middlesbrough in 2016.

Traore played the best period of his career at Wolverhampton, which he joined in 2018 for 20 million euros.

Traore scored 11 goals and assisted 18 in 154 matches in the Wolverhampton shirt, and succeeded in joining the ranks of the Spain national team for the first time from his gate.

Traore has 8 international matches with the Spain national team, and participated in Euro 2020, in which La Roja reached the semi-finals.

Traore is of Malian origin, but was born in L’Hospitalet, near Barcelona.

Traore is 26 years old, and comes to make up for the absence of Ansu Fati, who re-injured his knee and is expected to be out for several weeks.

Traore is skilled in playing both the right and left wing positions, and he is characterized by great speed and unparalleled physical strength.

These were the details of the news FilGoal | News | Back home.. Barcelona sign Adama... for this day. We hope that we have succeeded by giving you the full details and information. To follow all our news, you can subscribe to the alerts system or to one of our different systems to provide you with all that is new.