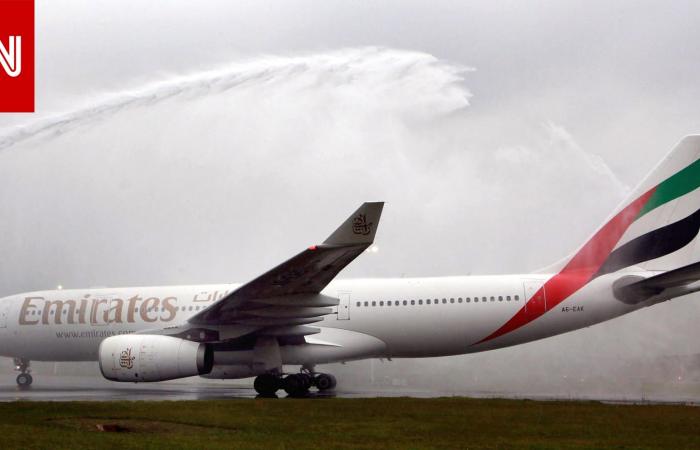 Dubai, United Arab Emirates (CNN) – The Emirates airline announced the suspension of its flights to nine major American destinations, amid concerns raised by airlines from operating the fifth generation (5G) networks near airports.

The implementation of the Emirates decision will be effective from Wednesday, January 19, temporarily, until further notice.

Emirates did not specify a date for the resumption of these suspended flights, but it directly blamed the deployment of 5G network services, which may affect operations at some airports.

Verizon and AT&T Communications had already announced the postponement of the launch of new services near airports, on Tuesday.

In a letter on Tuesday, the CEOs of 10 airlines asked the administration of US President Joe Biden to postpone the operation, which has already been postponed.

Airlines estimate about 1,000 disruptions per day to their flights, due to potential interference with radar altimeters used by pilots to land in low visibility conditions.

These were the details of the news Emirates temporarily suspends flights to 9 US airports for this day. We hope that we have succeeded by giving you the full details and information. To follow all our news, you can subscribe to the alerts system or to one of our different systems to provide you with all that is new.