The New York Times: Thousands of flights were canceled in America... 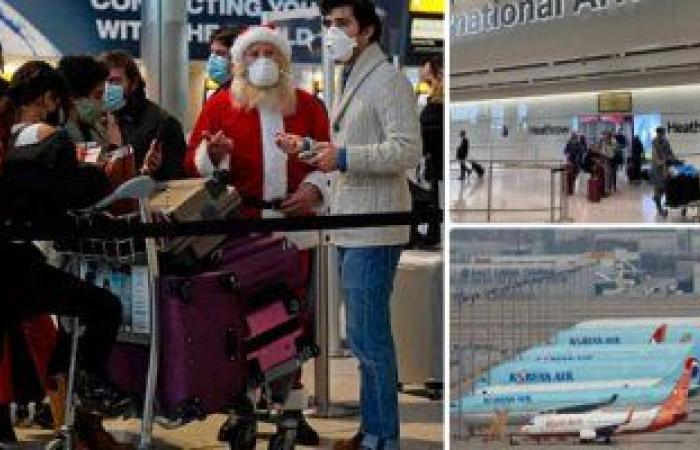 Thousands of potential travelers received the same alarming message Thursday that their Christmas Eve flight was canceled at the last minute due to the recent surge in Omicron cases, the New York Times reported..

United Airlines canceled at least 150 flights that were scheduled to leave dozens of airports on Friday – along with 44 more flights that were supposed to take off on Saturday. Other airlines have also taken the same steps, including Delta, JetBlue and Allegro, according to Flight Aware.

And in Australia, dozens of flights were canceled at airports in the major cities of Sydney and Melbourne, as the number of cases of coronavirus in the country rose to its highest levels since the beginning of the epidemic..

Show site Flight Aware The number of cancellations globally as of Friday morning has increased to over 1900.

The newspaper considered this the latest blow to the holiday season due to the new and highly transmissible Omicron variant, which now accounts for more than 70 percent of new coronavirus cases in the United States. And nearly 170,000 people test positive for the virus every day in the country, a 38 percent increase over the past two weeks, according to the New York Times’ coronavirus tracker..

In its statement, United said the “direct impact of Omicron on our flight crews and the people who run our operations” led to the cancellation. Crew members had been calling in sick, according to a spokesman for Joshua Freed, who said United notified customers as soon as they were able. And while Fred said he doesn’t expect the airline to cancel more flights, that’s still a possibility.

“We’re really getting through this day in and day out,” he said. “There may be more flight cancellations for Saturday. It’s possible.”

The airline said it is working to rebook as many people as possible in time for the holidays.

Customers have taken to social media to express their complaints about the cancellations.

These were the details of the news The New York Times: Thousands of flights were canceled in America... for this day. We hope that we have succeeded by giving you the full details and information. To follow all our news, you can subscribe to the alerts system or to one of our different systems to provide you with all that is new.