A Russian-Syrian meeting to discuss the return of refugees 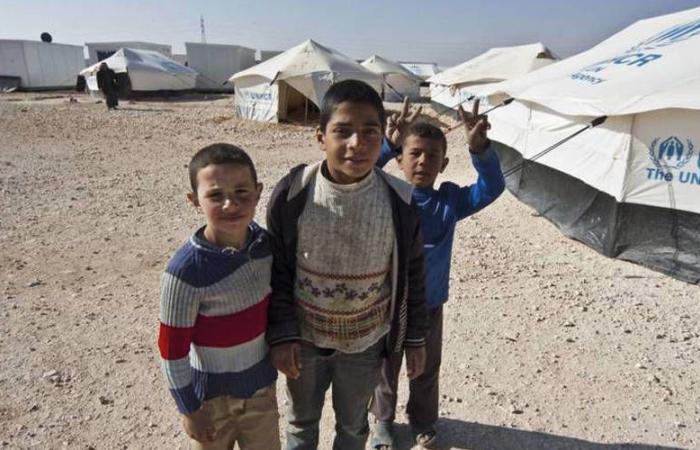 Yesterday, Thursday, the work of the joint session of the Syrian and Russian ministerial coordination bodies on the return of refugees began, and focused on the need to secure appropriate conditions for their return, abolish sanctions and affirm Syria’s sovereignty. So by all means.

During the meeting of the two Syrian-Russian coordination bodies, the Russian Deputy Defense Minister and Director of the Political Department of the Russian Armed Forces, Gennady Zedko, stated that rebuilding the Syrian economy and infrastructure is the main task in order to build on what has been achieved in the fight against terrorism.

He pointed out that the economic sanctions imposed by the United States and Western countries on Syria are hampering the return of the displaced.

For his part, the head of the Russian-Syrian Coordination Center for the Return of the Displaced, Mikhail Miznitsev, said in a video speech during the meeting: “The return of more than three million displaced Syrians and refugees was recorded after the Syrian state created the necessary conditions.”

Mizntsev noted that many foreign countries and international organizations recognize the need for the Syrian government to restore its lands to facilitate the issue of the return of the displaced. He pointed to the development of cooperation between the two countries and the strengthening of work between the Russian ministries, which confirms Russia’s interest in the reconstruction of Syria, and 10 long-term agreements were agreed upon between the Syrian and Russian ministries.

For his part, the Minister of Local Administration and Environment, Engineer Hussein Makhlouf, confirmed in a speech during the meeting that (the meeting) comes within the framework of following up joint efforts to secure the appropriate conditions for the return of the displaced Syrians to the homeland.

The Syrian Minister Makhlouf added that the sanctions imposed on Syria and the continued presence of US and Turkish forces in the Syrian territories impede the return of the displaced Syrians.

Minister Makhlouf stressed that the return of the displaced Syrians is a priority for the state, which spares no effort in providing facilities for their return, foremost of which are amnesty decrees, and follow-up on the completion of the reconciliation file to make room for those wishing to settle their situation.

In turn, the Minister of Foreign Affairs and Expatriates, Faisal Miqdad, said that Syria seeks to recover its children and calls on them once again to return and contribute to the reconstruction process of what was destroyed by terrorism, pointing out that there are Western countries that do not want the return of the displaced Syrians to their homeland and continue to obstruct that by all means. (Agencies)

These were the details of the news A Russian-Syrian meeting to discuss the return of refugees for this day. We hope that we have succeeded by giving you the full details and information. To follow all our news, you can subscribe to the alerts system or to one of our different systems to provide you with all that is new.