Aoun: Lebanon supports strengthening rapprochement with countries in the region 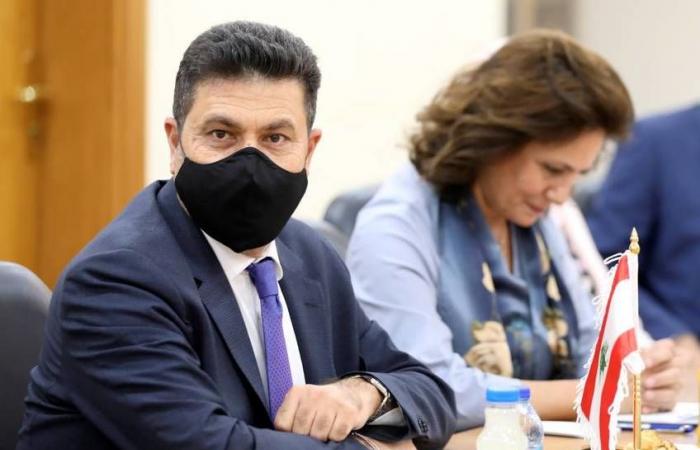 Lebanese President General Michel Aoun affirmed that Lebanon supports Iran’s efforts to enhance rapprochement between it and the countries of the region, in conjunction with Prime Minister Najib Mikati’s assertion that Lebanon welcomes any effort from brotherly and friendly countries and the international community as long as it falls within the context of helping it preserve the logic of the state and its constitutional institutions. At a time when the Coordinator of International Aid for Lebanon, Ambassador Pierre Dukan, recorded a visit to the Grand Serail, which stressed the need to expedite the launch of negotiations with the International Monetary Fund, while the joint committees agreed to bring the election date forward to March 27, while the country witnessed demands and sit-ins. sporadic.

President Aoun informed Iranian Foreign Minister Hussein Amir Abdollahian of Lebanon’s support for Tehran’s efforts to enhance rapprochement between it and the countries of the region, especially relations with Arab countries, through the existing dialogue for this purpose, considering that such a dialogue can bring views on issues closer. differing on it.

Prime Minister Najib Mikati indicated, during his meeting with Abdullahian, that Lebanon desperately needs to enhance the confidence of the Lebanese in the state and its institutions, through normal relations between countries based on mutual respect and common interests among them to serve the aspirations of their people, stressing that Lebanon welcomes any effort. From brotherly and friendly countries and the international community as long as it falls within the context of helping to preserve the logic of the state, its constitutional institutions, its role in protection and care, and the strengthening of its legitimate security and military forces.

In addition, Ambassador Dukan, accompanied by the French Ambassador to Lebanon, Anne Greu, and the accompanying delegation, completed his tour of the officials, visiting the Grand Serail and meeting Mikati.

Dukan stressed the start of negotiations with the International Monetary Fund, stressing the need to start implementing reforms and unifying the Lebanese position during the negotiations.

In Parliament, the Finance and Budget, Administration, Justice, National Defense, Interior, Municipalities, Foreign Affairs and Expatriate Committees held a joint session, yesterday, before noon, in Parliament. The joint committees agreed to bring the election date back to March 27.

On the other hand, Sky News Arabia quoted Jordanian Energy Minister Hala Zawati as saying that Jordan hopes to start supplying Lebanon with electricity by the end of this year. The minister also said: “We discussed the timetable for restarting the electrical interconnection line between Jordan and Syria to deliver electricity to Lebanon,” adding: “Any company that will work on the file of electricity transmission to Lebanon will not violate Caesar’s law.” And she continued, “Lebanon is seeking to finance the electricity transmission plan from the World Bank.”

These were the details of the news Aoun: Lebanon supports strengthening rapprochement with countries in the region for this day. We hope that we have succeeded by giving you the full details and information. To follow all our news, you can subscribe to the alerts system or to one of our different systems to provide you with all that is new.